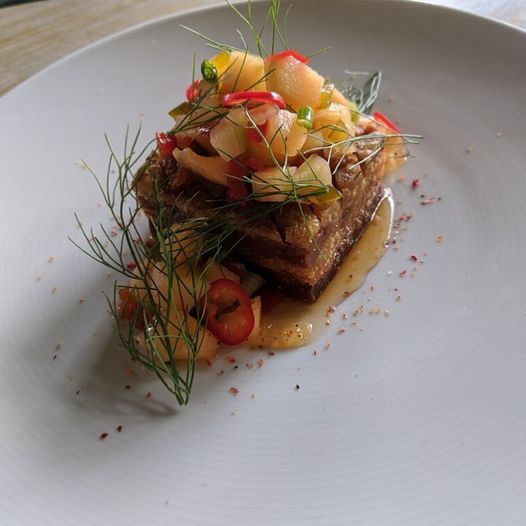 In face of very tough times, Metro Detroit restaurants are looking for ways to generate business and keep workers employed.

Now, in the face of a second statewide ban on indoor service amid spiking infection rates, metro Detroit dining establishments are increasingly cutting the cord with third-party delivery apps, who critics say charge too much and care too little, in favor of their own drivers — often reclassified dishwashers, bartenders, servers, managers, and in many cases, owners themselves.

“We knew it was coming and we were ready,” said Emmele Herrold, chef-partner at Hazel, Ravines & Downtown in Birmingham, of Michigan’s second temporary dining room ban that began a week before Thanksgiving and at the start of the make-or-break holiday season.

“We love doing it in-house,” Herrold said of deliveries. “It’s so efficient. It’s a 45-minute turnaround time and we’ve never been late. It’s easy for us especially now because we have five managers with not a lot to do. Let the cooks cook and the rest of us can go out and do deliveries. I’ve been thinking of expanding it this whole time. With the doors open, it’s a little more difficult, but now that’s what we’re here for.”

He says he hasn't totally cut the cord with DoorDash, but only because he wants broader exposure to customers who are familiar with the app, but not the restaurant.

The math didn’t add up for Sandy Levine, owner of Chartreuse Kitchen & Cocktails in Midtown, who plans to launch his own delivery service next week.