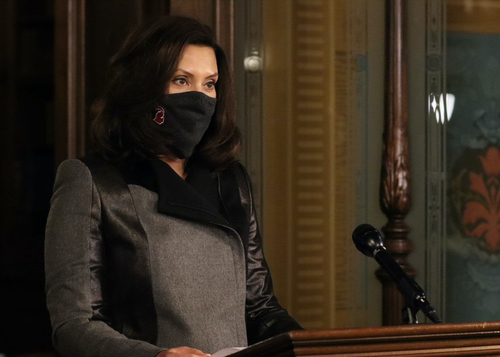 In a letter sent Wednesday, according to The Detroit News, Whitmer says the money would "provide direct financial support to the families and small businesses that have been hit hardest by the pandemic.

"Michigan families are hurting, and while we must continue to advocate for meaningful support from the federal government, we simply cannot afford to wait," she wrote.

It's unclear what shot such a plan could have — the state faces an up to $1 billion budget shortfall next fiscal year, her letter reportedly noted.

A Democrat on the Senate Appropriations Committee tells The News state revenues have been coming in above projections, but the Michigan Chamber of Commerce, which can have outsized influence on the political process, suggested lawmakers whithhold aid if Whitmer extends a three-week shut down of some businesses.