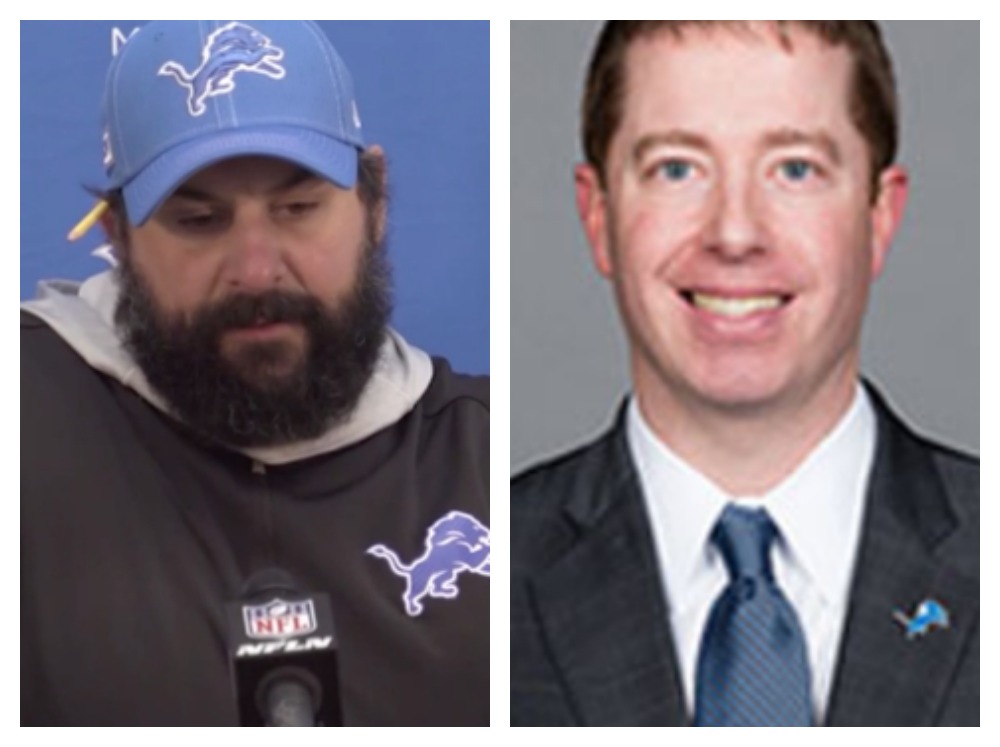 The inevitable finally happened. It was more a question of what day rather than if.

The Detroit Lions finally fired General Manager Bob Quinn and head Coach Matt Patricia on Saturday, two days after the lame 41-25 Thanksgiving loss to the Houston Texans, a team with a losing record.

The fact that Quinn and Patricia came from New England, one of the league's premiere franchises, gave Lions fans hope. But hope never materialized into a winning season.

Quinn replaced Martin Mayhew as general manager in January 2016. Two years later he brought in Patricia, a defensive coordinator with New England.  If anything, the Lions fans expected a great defense. Instead, the defense sucked.

The Lions have gone 13-29-1 under the New England regime.

Lions fans were quick to react with a thumbs up on the team's official Facebook page.

► Tazmon L'vis Sims: Both of them were given every chance possible to succeed, this is beyond about time. I hope them both the best, but sometimes things are just a bad fit.

► Joe Mikels: I sure hope so. Get rid of the defensive coordinator too.

► Frank Blackwood: Wait you mean they actually did something a football franchise should do. Should have been done a while ago, but I can’t recall the last time they fired a HC mid-season.

► Conor Seery: Patricia and Quinn were terrible appointments, the owners have been hopeless for years though, doesn't look like there will ever be long term success with the Ford family running the show.

► Derrick T Casey: Finally! Bring Jim Caldwell back! Let's beef up our offensive line. And work on our secondary. Our time is coming!!! I had high hopes for Matt Patricia. Especially with him coming from coaching with Bill Bellichick! But I guess I was wrong!

► Ellen Cogsdill: Joe Cogsdill remember when we took a boat ride out on Lake St. Clair to celebrate the firing of another Lions general manager? Has anything changed? That was a beautiful afternoon.

► Dylan Theo Willavize: All that’s left is for the Fords to let us go to someone who wants to put some money into the team for the first time in 70 years. Two of the greatest offensive players ever in Barry and Megatron and you don’t do anything with it.

A’Shawn Robinson has four original tweets since March. Two have been since Bob Quinn and Matt Patricia were fired https://t.co/WeR8IONBeE