Rochester Hills' city clerk is the first and last person quoted in a front-page New York Times report on Republicans around America who resisted "pressure from their own party to overturn the vote after [President] Trump fell behind on Nov. 3." 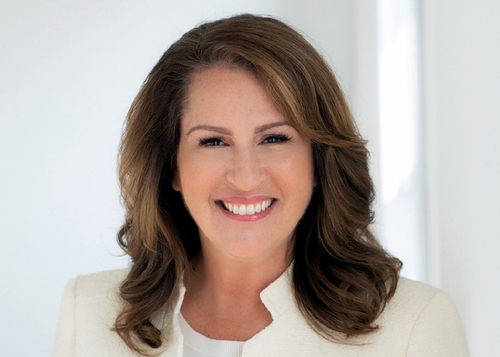 Tina Barton: "We have to ... rebuild voter trust." (Photo: Facebook)

Tina Barton, who has overseen elections in her Oakland County community since 2013, tells the paper she knew "I was going to be opening myself up to criticism" and jeopardizing possible future campaigns for higher office.

"But the real cost was in voter confidence. I told my deputy that all these things have to be put aside and I have to speak the truth."

Soon she found herself the target of profane and threatening emails and telephone calls. And while she took comfort that she was safe because her husband is a sheriff's deputy, they nonetheless upgraded the security system at home. "It's just devastating to see what the response has been to our profession and how we have come, as a country, to think that violence and threats is the answer," she said. ...

"As a Republican, I am disturbed that [a quickly fixed Rochester Hills mistake] is intentionally being mischaracterized to undermine the election process," Ms. Barton said in a video she posted to Twitter, which was viewed more than 1.2 million times. ...

"Now we have to go back and rebuild voter trust and let people realize that our elections are not rigged. We have to step back and say how do we restore public confidence in a system that is completely torn down."

"Proud of you," Michigan Secretary of State Jocelyn Benson tweets with a link to Sunday's article.

Pressures on Barton included a Trump campaign respresentative's call asking her to sign a letter raising doubts about the outcome in Michigan.

The Times' lengthy look back, headlined "Even as Trump Claimed Fraud, These Republicans Didn't Bend," is by Peter Baker of the Washington bureau and Detroit-based reporter Kathleen Gray, a Free Press reporter for 20 years until she changed papers in May.