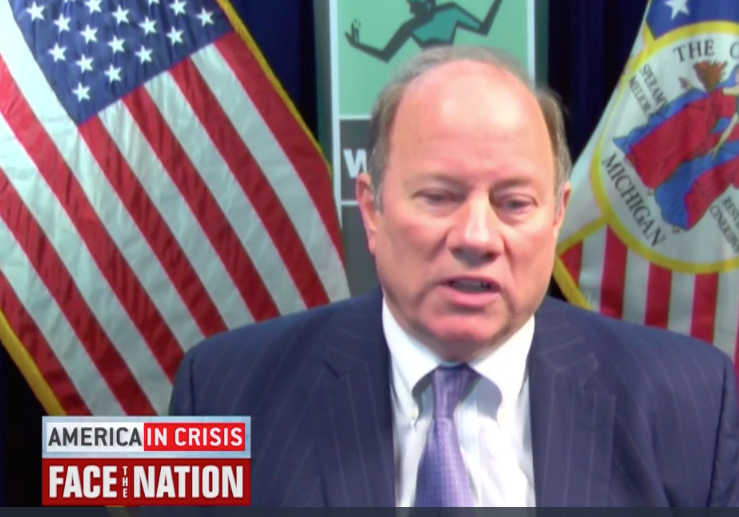 Mayor Mike Duggan said Sunday Detroit is doing a better job fighting Covid than suburban neighbors and estimated it will take several months to vaccinate Detroiters who want a shot.

Duggan said on CBS' "Face the Nation" that he expects to vaccinate 5,000 residents a day and use large parking structures near stadiums to give the shots. The city has approximately 700,000 residents, but it's unclear how many will volunteer for two injections several weeks apart.

He went on to criticize the federal government's Covid response under President Trump, and said the country isn't yet prepared to administer the vaccines despite talk that they will be soon available.

"The direction we’re getting from Washington is changing literally by the day," Duggan said. "I will be really glad when Joe Biden takes control of this and we get clear direction."

Duggan proudly stated that Detroit has lower infection rates than its suburbs, and that residents have acted responsibly and worn masks, unlike some folks in the surrounding suburbs. He said the city has about 200 Covid hospitalizations and is losing one to two residents a day to the virus. (Overall, 1,583 confirmed Ciovid patients from the city have died since March, state data shows. Another 116 Detroit deaths are classified as "probable" coronavirus fatalities.)

“If you make a commitment to the masks, we don’t have to shut the economy down,” he said.