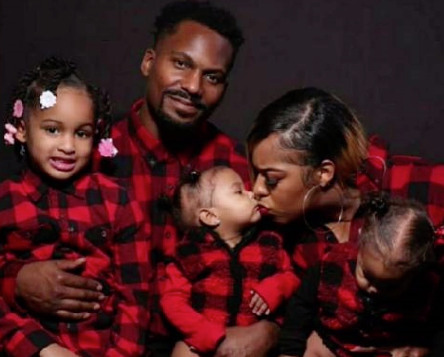 Update, 10:10 p.m. Thursday: Detroiter Jasmine Logan, a Covid-infected mom who gave birth to twins, then went into a self-induced coma, has awakened from the coma, according to her husband.

"Jasmine has awakened from her medically-induced coma and has since been taken off of the ventilator," husband Steven Logan wrote Thursday on his GoFundMe page that has raised more than $104,000 in a week.

"However she still has a few obstacles before she can be released from ECMO (artificial lung, and heart pump). Physical Therapy and Speech Therapy will be required, but I know that with the prayers that have been bestowed upon us she will muster the strength! We are claiming this victory and have all the faith that God will deliver. From the bottom of my heart, THANK YOU."

Logan, who is a truck driver, started the GoFundMe page because he said he had to stay home and take care of his children, including the new-born twins. The other three kids had Covid.

The heart-wrenching situation chronicled below touches readers and Fox 2 viewers. More than $71,700 is donated in four days by abiut 1,600 people in response to a husband's GoFundMe appeal.

That exceeds Steven Logan's original goal of $50,000 to help his Detroit family while his wife is hospitalized in a coma two weeks after delivering twins. Two anonymous donors gave $1,000 each and six people contributed $500 apiece.

But now the 34-year-old mother of five is in a self-induced coma at DMC Harper.

“This was supposed to be our celebratory year,” Logan said. “We got our first house just a few months ago, we just a got a new vehicle and we supposed to be celebrating the new addition of our twins and now it just seems like everything is in a tailspin.”

Logan, a long-haul trucker, can't work because he has to watch his five kids. His job takes him away from home for days at a time.  His 6-year-old daughter Zarah and twin 2-year-olds, Zhavia & Zamaya, also have Covid.

So Logan and two friuends set up a GoFundMe page to help the family. As of Monday afternoon, more than 800 donors had given over $40,000 -- including two anonymous gifts of $1,000 Sunday night and this morning.

"Despite the pain and frustration, you guys are like rays of sunlight," he posts there. "I may be lonely without my Jazzie, but you guys have shown me we're not alone."