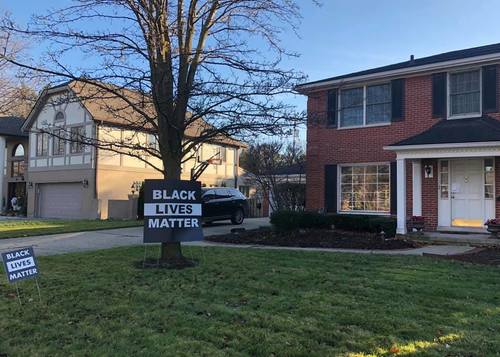 Like all of us, Todd Perkins is many things to many people, but the two most relevant to this story are these: Lawyer. And Black man.

So when he returned to the home he owns in Grosse Pointe Shores to find an ordinance violation ticket in the mailbox, it was never going to be something he’d shrug off and pay. Because the ticket was for having a too-large political sign in his yard, and the sign read Black Lives Matter. 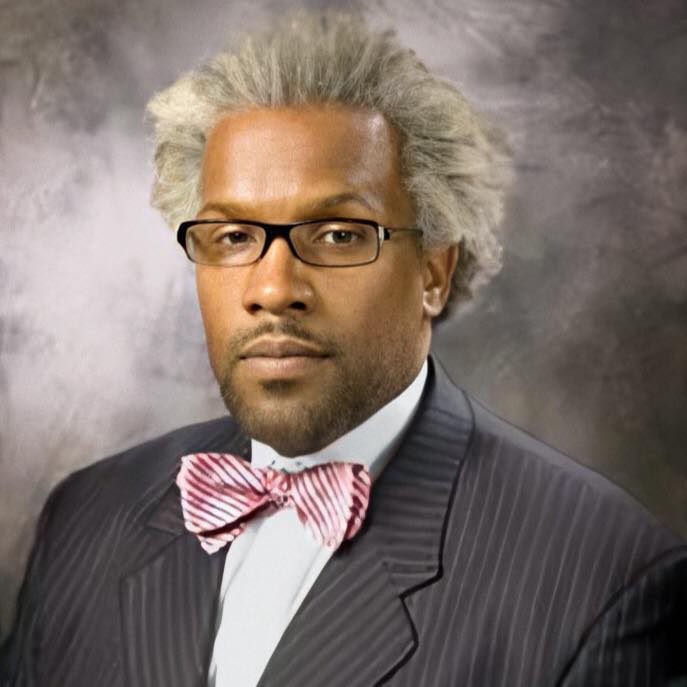 “We’ll litigate this to (the) end,” said Perkins. His message: Do not mess with a proud Black man whose message is timely, relevant and – to him if not to his neighbors – not political at all.

“If I had a neighbor who said, ‘Hey, T.P., that sign is just huge, can you tone it down,’ it would be a different conversation. But you’re gonna call the police?” he said. “It’ll take a settlement, or change the law.”

To Thomas Krolczyk, acting city manager in the Shores, this has nothing to do with what the sign says, but how large it is. The local ordinance says yard signs can be no bigger than 7 square feet overall. And Perkins’ BLM sign is 4 by 4 feet, or 16 square feet.

“There are lots of signs in the city now,” Krolczyk said. “But they can’t be bigger than that.”

Perkins doesn’t care. It’s a principle at stake, he said.

“It’s clearly a First Amendment thing,” Perkins said. “It’s protected speech, but this isn’t political. I’m trying to live my life in this city as a law-abiding resident, and this is who I am.”

To state the obvious, 2020 has been no normal year, and there have been a lot of signs in a lot of yards. Starting with the Covid-19 pandemic, many Grosse Pointers planted signs saluting doctors, nurses and first responders. After police in Minneapolis knelt on George Floyd’s neck, killing him, Black Lives Matters signs bloomed all over the five suburban communities.

These were followed by Back the Blue pro-police signs. And then the political season began to heat up, and signs bloomed everywhere, for races from the U.S. presidency down to the local school board.

All the Grosse Pointes have a sign ordinance of some sort, with some requiring political signs to be taken down within a set number of days, usually five, after the election. In this extraordinary election year, many still stand.

A history of restrictions

Other residents have battled over this issue in the past. In 2004, the ACLU of Michigan chapter sued on behalf of a Grosse Pointe Woods resident who was cited for displaying a Kerry-Edwards sign on September 2 of that year, in violation of an ordinance that restricts political signs to display no earlier than 30 days before an election. A neighbor, however, was not cited for a “Support President Bush, support our troops” sign in the same time period, because the city deemed it not political.

And in Grosse Pointe Farms, the ACLU is currently pursuing a similar complaint on behalf of several residents who are in violation of the removal-after-five-days clause of that city’s ordinance. In a letter to that city’s mayor and city manager, ACLU attorneys wrote:

“It is disturbing to learn that during one of the most important political disputes in American history, Grosse Pointe Farms residents are being told they cannot display on their own private property a political sign expressing their views in this matter. Such a restriction on political speech is plainly unconstitutional.”

Syeda Davidson, senior staff attorney with ACLU of Michigan, said these ordinances aren’t confined to the Pointes; they sent a similar letter to the city of Berkley and were informed by that municipality’s officials that the ordinance would not be enforced. The ACLU has not received a response from the Farms, she said.

“(The Farms ordinance) only limits political signs,” Davidson said. “Even if it doesn’t discriminate within the topic (of politics), it’s content-based because it targets the topic itself. And that is unconstitutional.”

As for Perkins, he’s still steamed that one of his own neighbors can’t understand why Black Lives Matter is a message he wants to display, in letters big enough that no one will miss it.

“They like quiet in the Pointes,” Perkins said. “Well, now it’s not gonna be so quiet.”

► Todd Perkins talks to Craig Fahle about his problem