The new business is on Orleans Street at Mack Avenue. Five more images are below. (Photos: DYNO)

Indoor climbing walls are nearly ready at a workout space targeted to open late this month or in early January on Eastern Market's northern edge -- if state health restrictions on gyms are lifted.

Angled walls with hand grips and footholds at DYNO Detroit are the city's largest set of simulated cliffs for those who want to test their reach, agility and strength on 75 rope routes ascending up to 45 feet. There also are ropeless "boulders" rising 12 to 15 feet above foam padding.

It's the city's first full climbing gym for all levels. Wayne State University and the downtown YMCA have more limited walls for beginners. 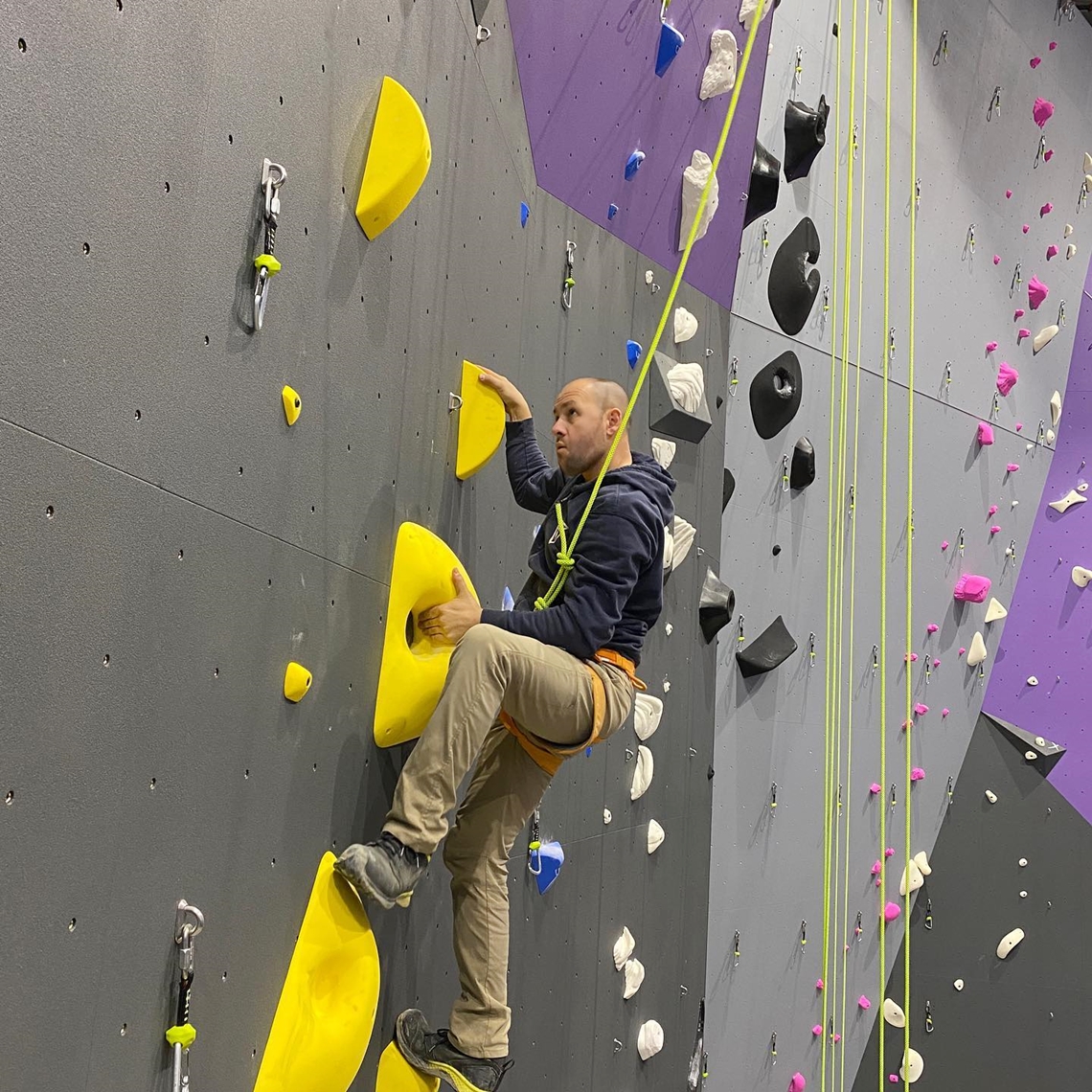 The business, launched by Dino Ruggeri of Grosse Pointe Park, is alongside the Dequindre Cut in a new warehouse-like building at Orleans Street and Mack Avenue. Climbing surfaces, harnesses, ropes and other gear are from Walltopia, a Bulgarian company that sent walls and "rock candy" across the Atlantic by container ship last summer.

Photos below show progress by four installers from the manufacturer, who've been working in Detroit about six weeks.

Ruggeri got into indoor climbing at Planet Rock in Ann Arbor while he was a senior at the University of Michigan, where he earned an environmental studies degree in 2011. "After moving to Colorado and working as a ski instructor and outdoor educator, he moved back to Detroit to begin work on the climbing gym," according to WXYZ. He also works at REI, an outdoor equipment store in Troy, and at Eastern Market Brewing Company. 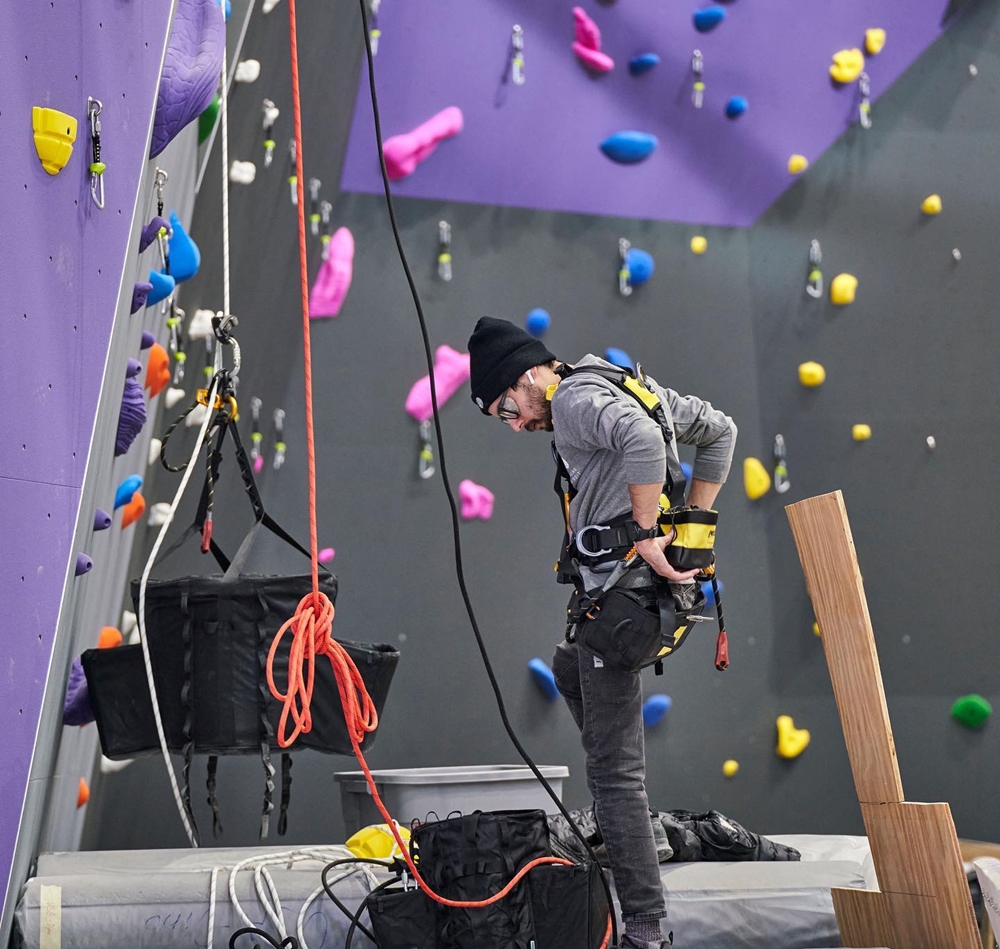 Another installer at the colorful job site.

"I wanted to share climbing with people who might not have had an opportunity to try it otherwise. To provide a gateway to this outdoor lifestyle, to this identity of a climber," he said. "I thought it would be a really cool addition to the city that’s not a restaurant, not a bar, or shopping. It's something that’s really accessible. ...

"It's movement, strength, coordination. But mentally, it's stimulating as well because it's problem-solving, trying-again, teaching you to trust yourself and not give up. And when you succeed, it's really rewarding."

His club also will have yoga, weights and cardio machines, with monthly and yearly memberships. Student discounts are offered. Those wary of a commitment can start with 10-punch passes or a $20 day pass

Though this plague year isn't ideal for starting a fitness club, Ruggeri's timing coincides with the introduction of sport climbing as an Olympic sport in Tokyo next summer -- assuming the games can be held after being delayed a year.

Here are three more images of DYNO-in-progress, followed by an animated video: 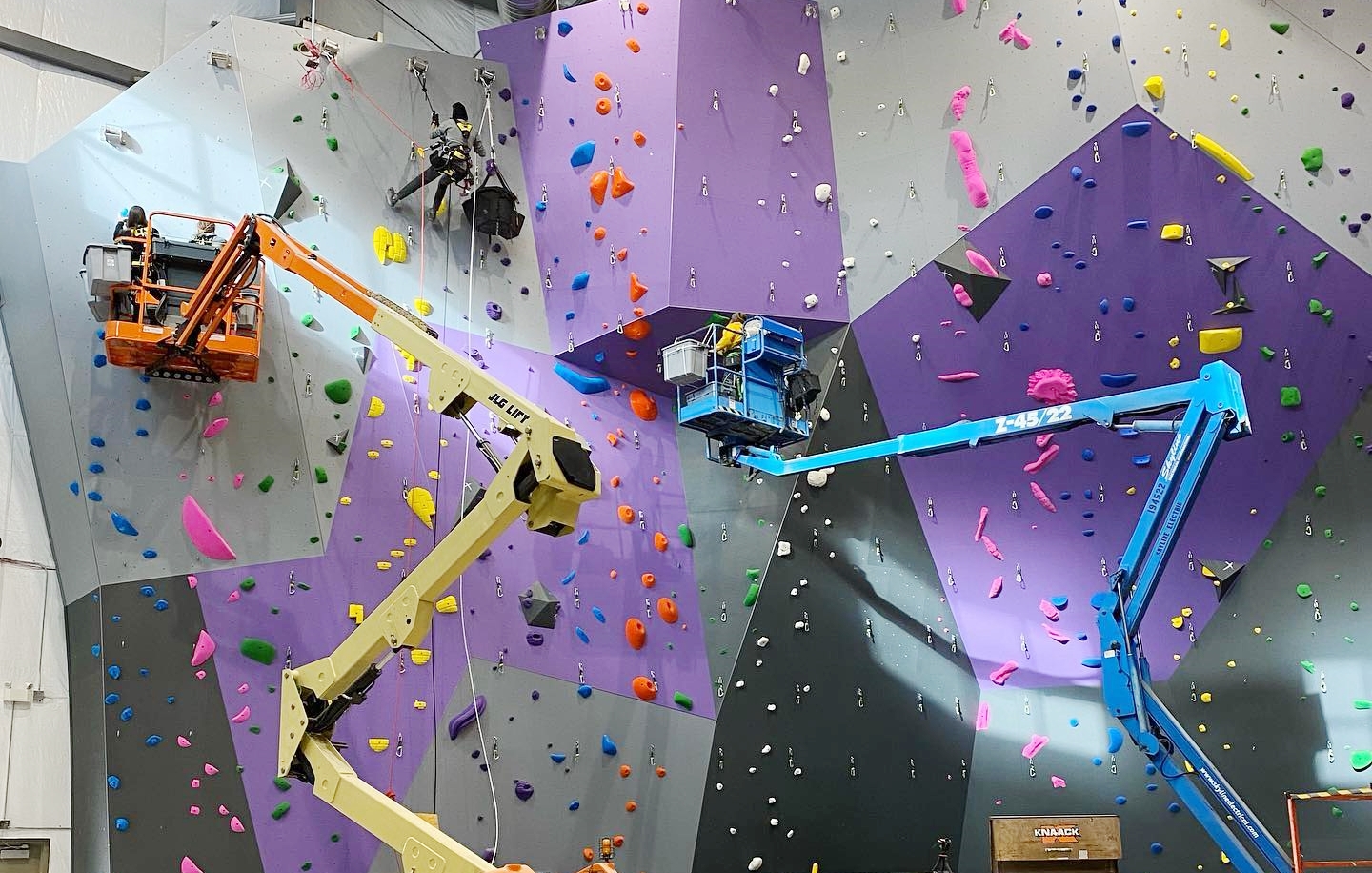 Though the builders are climbers who sometimes use ropes and harnesses, industrial lifts simplify the job. 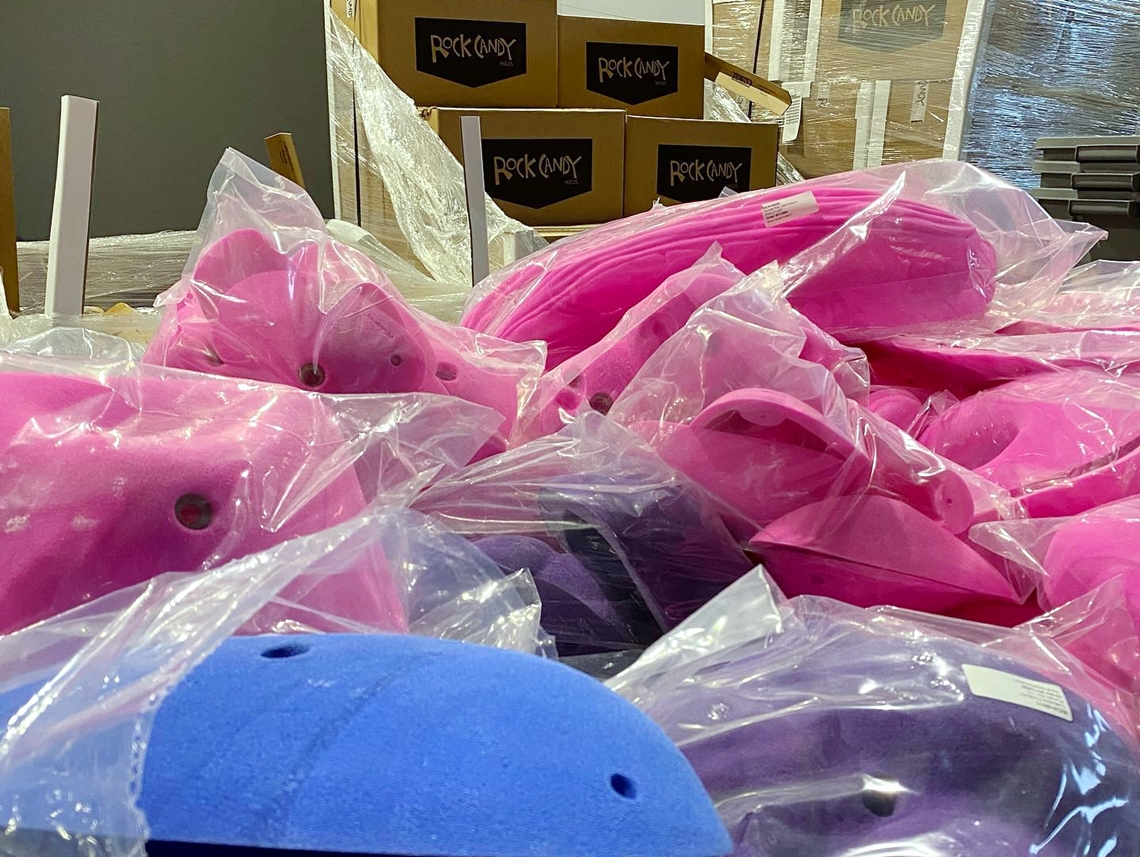 Toeholds and hand grips are called "rock candy" for a reason. 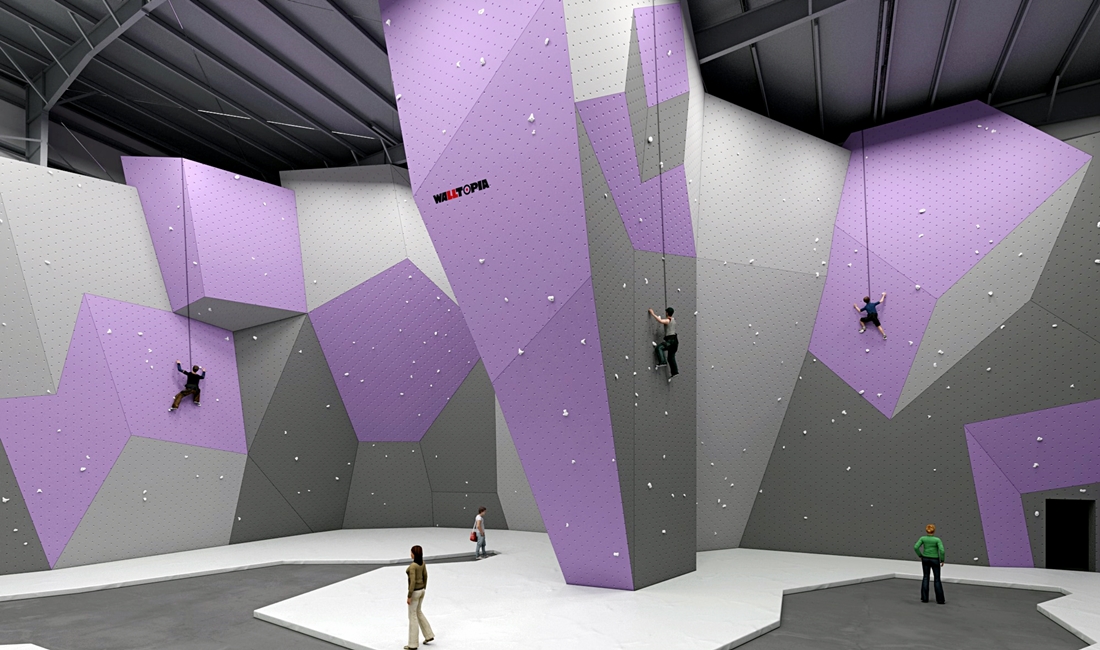 DYNO Climbing and Fitness fly-through from Dino Ruggeri on Vimeo.