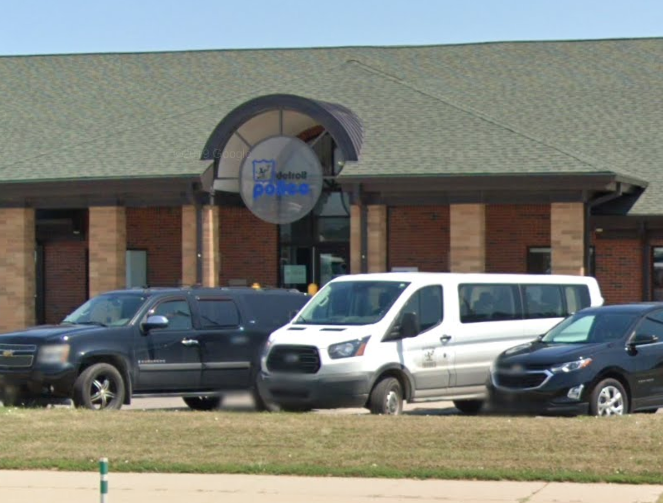 A man suspected of slaying a woman in a domestic dispute was killed by Detroit Police Tuesday morning after he fired on the 5th Precincit at Connor and Mack on the city's east side, then exchanged gunfire with officers, police said.

The man on Monday allegedly killed the 28-year-old mother of their child, Police Chief James Craig explained at a press conference. On Tuesday around 5:15 a.m., the man, who is also 28, pulled up to the precinct in a large black SUV, leaned over the hood and opened fire on the station with a high-powered weapon.

Police responded, and he fired at least one shot at a patrol car, striking the window. He then fled about a half a block away and sat in his SUV in a parking lot of a closed business.

The Special Response Team was called. Attempts to get him to surrender failed. An armored vehicle was used to prevent him from driving off. Craig said when officers told him to show his hands, he shook his head no as he clutched an AR-15.

Gunfire was exchanged and the man died, the chief said.