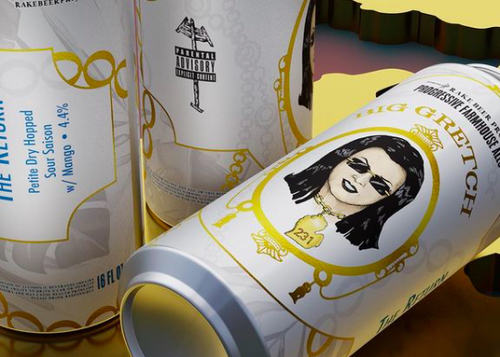 Big Gretch is sour, blinged out in gold and equipped with a "parental advisory" emblem.

These are the qualities a Muskegon brewer ascribes to a second run of Big Gretch spirits, which reportedly sold out in 10 minutes Tuesday night.

According to MLive, Rake Beer Project debuted Big Gretch: The Return, a sour saison, to show support for Gov. Gretchen Whitmer as she battles a second surge of Covid-19.  Big Gretch initially debuted as a hard seltzer in May called "The Tonic."

Forty cases of the saison were available. On Instagram, the brewery promised to make more next time.