Whitmer declared hottest governor in 'Saved by the Bell' reboot 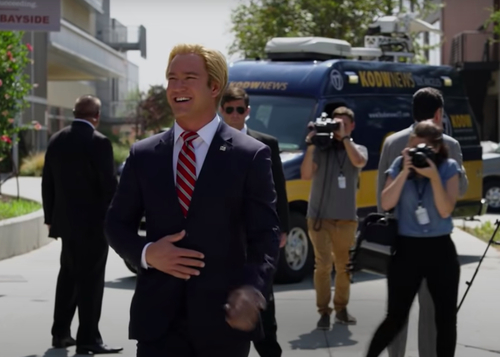 Gov. Gretch Whitmer is deemed hotter than the adult version of Bayside High babe Zack Morris in a new "Saved by the Bell reboot", which follows the original characters as grown ups.

In one scene, Morris, now governor of California, asks his high school sweetheart and now-wife, Kelly Kapowski, whether he has a "dad bod" or a "single-man bod."

I recently noticed the new “Saved by the Bell” references Zack Morris as the “second hottest governor in America” after Michigan’s @GovWhitmer. pic.twitter.com/jYHulz2dAt

She replies, "Honey, you were voted second-hottest governor in America after Michigan's Gretchen Whitmer."