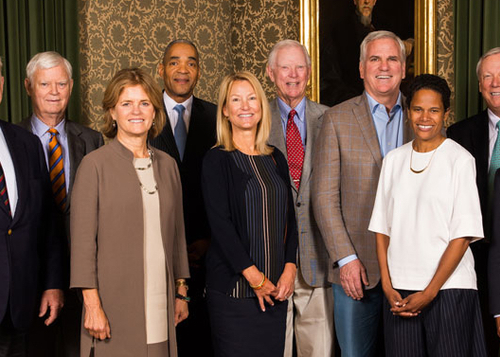 The man behind the late, still-beloved Hudson's department store has died. Joseph L. Hudson Jr., former CEO of the Hudson's chain, died at his home in Grosse Pointe Farms Wednesday night. He was 89.

Hudson Jr. would serve as the third generation of the department store chain, taking over as president and CEO in 1961 (and presiding over the legendary, splendid, now-fallen Woodward Avenue location). He retired from the company and the Dayton Hudson Corporation in 1982.

Like his family before him, he led the way on philanthropic endeavors as well as business ventures.

Hudson was a true leader, whose dedication has been a driving force in the community’s “continuous re-invention and revitalization,” said Melanca Clark, president and CEO of the Hudson-Webber foundation, in a statement.

The Hudson-Webber Foundation is the philanthropic organization partially endowed by Hudson's wealth.