Dana Nessel to Republicans: 'You Have Embarrassed Our State and Defamed' Detroit 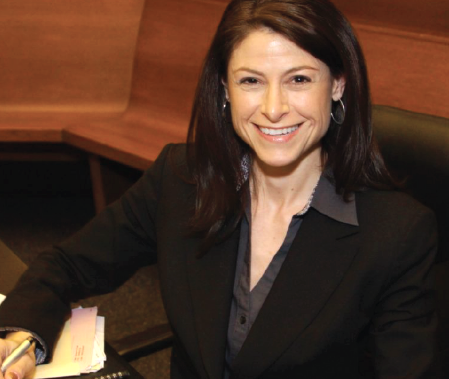 Attorney General Dana Nessel is unimpressed with $2,000-an-hour Rudy Giuliani, who brought his circus to Lansing Wednesday, introducing at a House committee hearing one witness after another who provided misinformation and conjecture to back President Trump's baseless theory that the 2020 election was rigged.

The theme was that Michigan's election was rigged, particularly pointing to Detroit as one of most corrupt cities in America.

Last night, America watched in horror as @MI_Republicans used tax dollars to sponsor an event wherein @RepMattHall called witnesses “brave” and “courageous” for calling Detroit “one of the most corrupt cities in America” and making baseless, debunked attacks on our elections.

Refresher: Matthew Schneider, US Attorney for the Eastern District of Michigan, which has Detroit within its jurisdiction, is a Trump appointee who previously served as Chief Deputy under AG Bill Schuette. Wondering why @MIGOPChair doesn’t trust him to handle an investigation?

One person testified that the vote in Detroit was probably off by about 100,000 votes because of fraud.

But later Wayne County Canvasser Monica Palmer told the committee the voters were out of alignment by about 400 in Detroit.

The testimony came one day after Attorney William Barr said there was no evidence of widespread fraud in the 2020 election.

It also came in wake of comments by fired Cybersecurity and Infrastructure Security Agency chief Chris Krebs, who said there was no evidence of fraud.