The writer hosts a weekly podcast, The No BS News Hour. 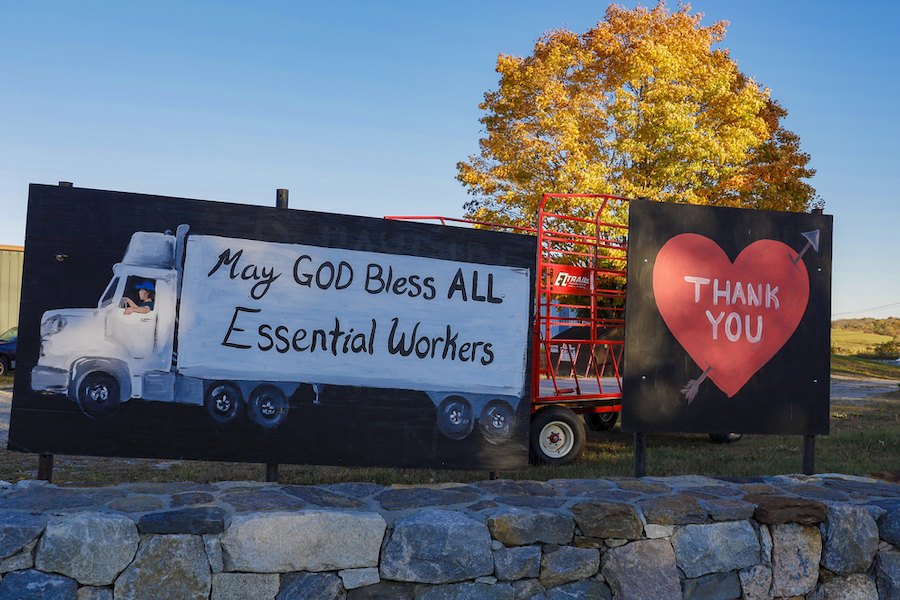 Time magazine is asking you to vote for Person of the Year – the person or group of people who had the greatest influence on the events of the year – for better or worse.

Should it be Donald J. Trump? He was everywhere  – on trial for high crimes and misdemeanors. Tucked away at Walter Reed Hospital battling Covid-19. In the White House bunker, calling the American election a fraud. Remmber, you don't have to be likable to be Time's Person of the Year. Among the past winners are Adolf Hitler and Ayatollah Khomeini. Joseph Stalin and Richard Nixon both won twice.

But all of these choices miss the mark. They don't capture the time and frankly their contributions are less than remarkable.

To me, people of the year are the essential workers, those who did the job and continue to do the job with great exposure to themselves and their families.

I vote for people like Taylor, the emergency room nurse who worked 24-hour shifts at the height of the pandemic as the sick flooded in an the bodies stacked up and the personal protection equipment ran dry. And she continued to work. She never complained, though she sometimes wept.

I vote for Dave the garbage man, who in those initial frightening months had no equipment to protect himself except for a thin pair of plastic restaurant gloves that were torn and tattered. Dave has kids, but Dave kept coming. Never mind Covid. Without guys like Dave, we'd drown in a sea of pestilence and disease.

I vote for the deputies and doctors at places like the Wayne County Jail, where disease ran wild and officers where forced into double shifts. The disease killed the commander of the maximum security, the jail's two chief doctors, a ranking corporal. Now Sheriff Benny Napoleon has been placed on a ventilator. I wish him well. He is a person of the year.

I vote for people like Amanda, the dental hygienist who took it upon herself and from her own pocket to hunt down personal protection equipment for people like Taylor and Dave and the deputies. Why? Because that's what unseen heroes do.

There is Mike the beat cop. Tony the paramedic. Gail who provides food and blankets to the homeless.  Rita the nursing home attendant who comforts the dying. Gabby the ICU doctor who battles to stop it. Father Paul who attended to their spirit. Mick, the corpse collector, who takes them away. There is Dolores the election night worker who made democracy go in the midst of a pandemic. The clerk at the pet food store, who could have taken the fat unemployment check but decided to work. Brian, the nursing home porter who was let go a week before a raise and benefits would kick in. This was his reward for being a working-class hero through the pandemic's first three months.

I don't know if the editors can see you from their New York office tower, but I can. The real people. The working people. The People of 2020.