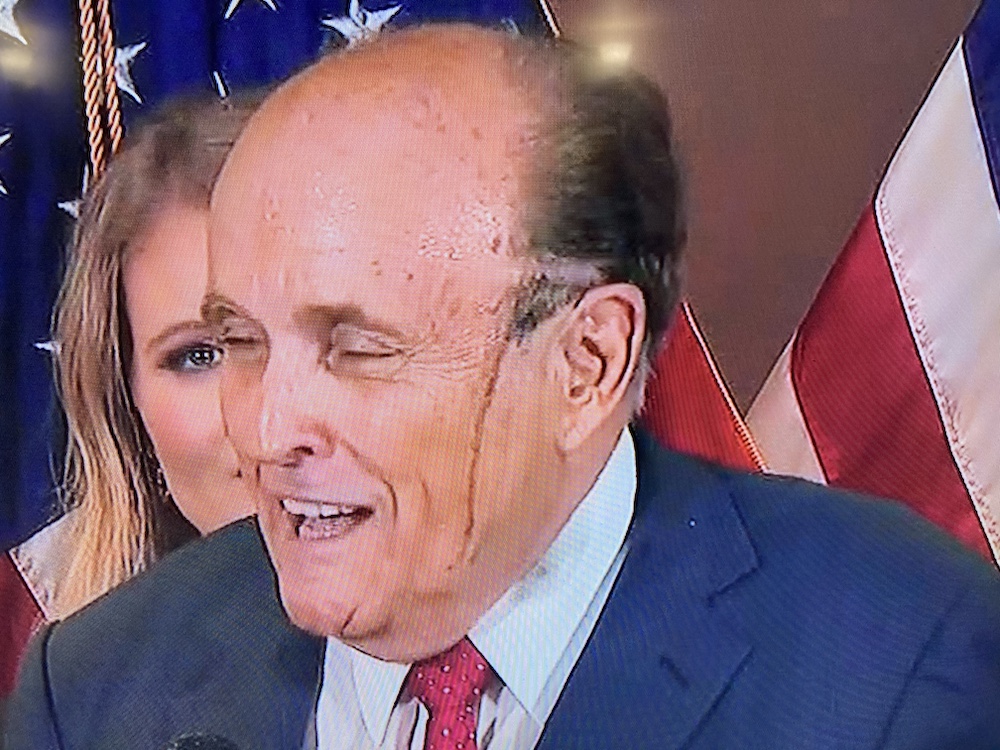 Update, 11:15 a.m. Sunday: The Trump campaign is able to piggyback on a court victory in Michigan's Antrim County that addressed concerns about a close vote on a marijuana proposal.

The challenge came from voter William Bailey over the pot proposal, not the presidential race. The proposal passed by one vote. The formal court order released Saturday made no mention of the Trump legal team being involved in the examination.

Trump won the Republican-leaning county by about 4,000 votes.

The Trump campaign, which has repeatedly failed to win court victories in Michigan and elsewhere challenging election results, jumped on the opportunity to call it a victory for the president.

"A judge actually granted our team access … for us to conduct a forensic audit...Our team is going to be able to go in this morning at about 8:30 and will be there for about eight hours to conduct that forensic examination and we’ll have the results in about 48 hours, and that’ll tell us a lot about these machines."

Just over 16,000 votes were cast in the county where the Republican clerk had caught an error in the election after the polls closed that favored Biden. It was corrected a short time later.

For Trump attorney Rudy Giuliani, election-related court victories are hard to come by.

So he's not shy about claiming victory for the president after a judge issued a preliminary order requiring Antrim County in northern Michigan to preserve its election records and allow forensic photos to be taken from 22 county precinct tabulators used in the Nov. 3 election.

This is where the untrustworthy Dominion machine flipped 6000 votes from Trump to Biden.

Spiking of votes by Dominion happenned all over the state.

Problem is, the ruling was not about the presidential election.

The order released Saturday,  the Detroit Free Press writes, relates to a challenge involving a close village marijuana proposal outcome. Voter William Bailey alleges that ballots were damaged during Nov. 6 recounting, and the result was that a marijuana proposal in the Village of Central Lake shifted from a tie vote to passing by one vote.

The Free Press has reported extensively on errors in Antrim County's unofficial election results, posted to the state late on the night of the election, that showed Democrat Joe Biden beating Trump in the solidly GOP northern Michigan County.

The county clerk, a Republican, corrected the error and officials said it was the result of a human error in which the clerk incorrectly updated the candidate information sent to the election software. The Dominion vote tabulation machines and the related software operated as they should, officials said.