The Detroit News' editorial page editor makes a case, or tries to, for letting bars and restaurants restart indoor service Wednesday because a vaccine is on the way and the rate of pandemic infections may ease anyway after winter.

Spread will abate when the weather warms again — just as it did last spring — or when there's widespread vaccination of the population. 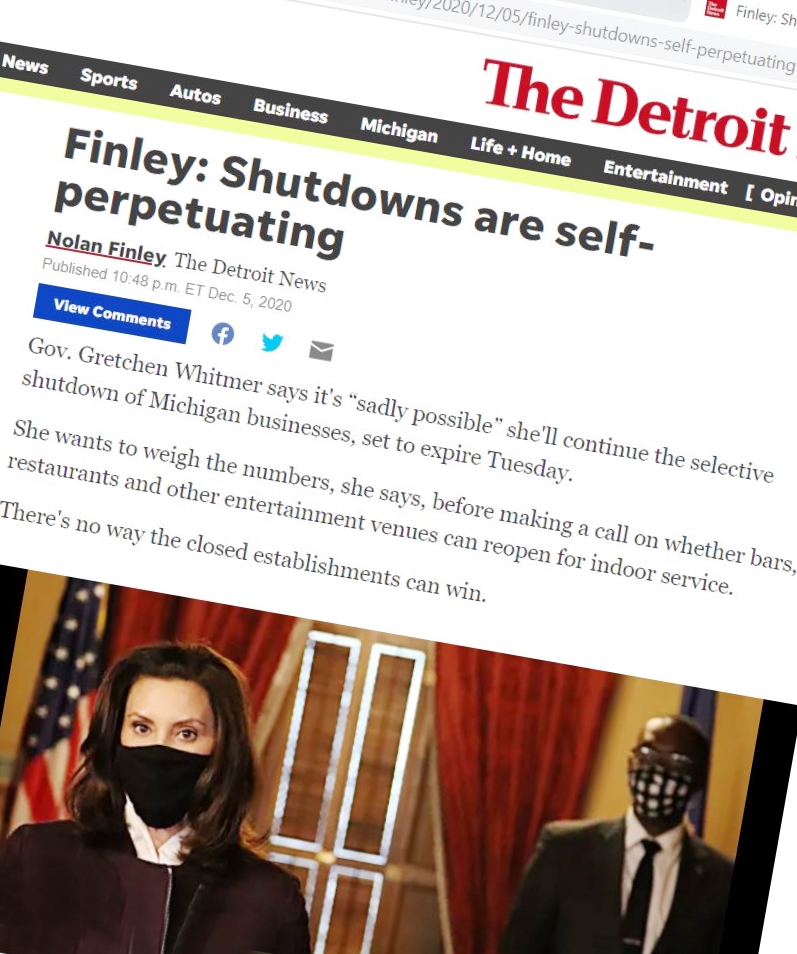 In his paywalled Sunday column atop the opinion page, Nolan Finley anticipates an extension of a state health department epidemic order expiring Wednesday. A "probable scenario is that she'll [Gretchen Whitmer] use the continued surge to support keeping the restrictions in place, and perhaps broaden them."

There's no way the closed establishments can win.

Say the number of new cases continue at their current high levels, despite the three-week restrictions on indoor dining and drinking. That should tell the governor her extreme measures didn't work to check the advance of the COVID-19 virus, and she should try something else.

That's unlikely. It would require an admission from the governor that she was wrong in issuing another arbitrary round of shutdown orders that were based more on assumption than science. ...

Even when cases do start to drop, bars and restaurants are still out of luck. Whitmer will take that as evidence the closures are working and keep them in place.

The shutdowns are self-perpetuating — if the numbers go up or if they go down, they'll remain in place.

And they'll continue without Whitmer producing conclusive statistical evidence that bars and restaurants are a greater threat than auto plants, gyms, shopping malls or any of the other businesses that have been allowed to keep their doors open.

Government help coming for up to 1,000 Oakland restaurants and bars, Dec. 4