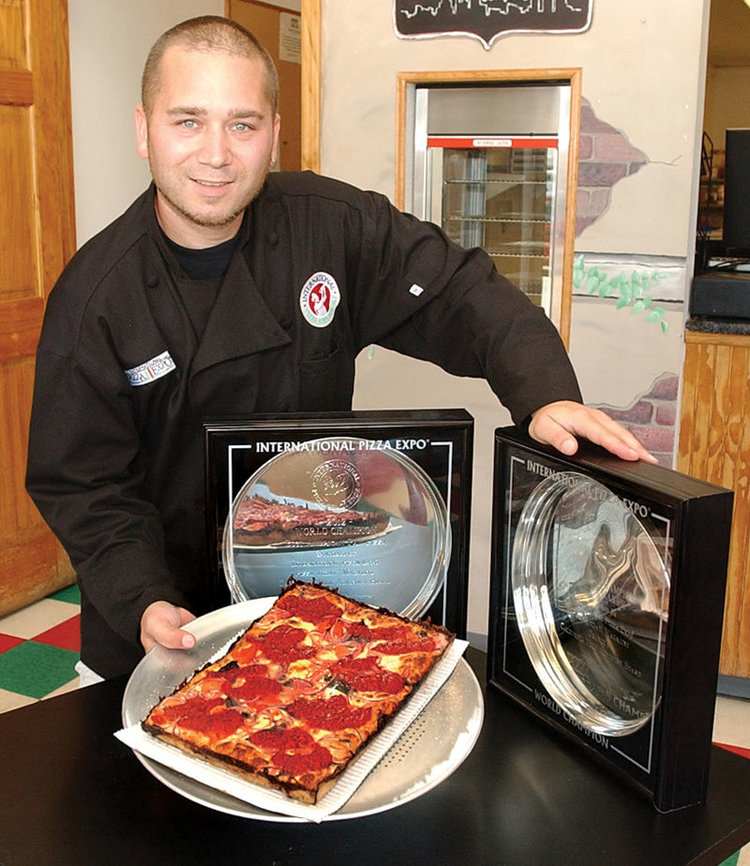 Randazzo created his shop on Harper Avenue in St. Clair Shores in 2012, the same year he was named champion pizza maker at an industry event in Las Vegas.

The pizza store location, originally called Cloverleaf Pizza, was where he started as a delivery driver in 1995. He eventually bought the suburban business and changed its name, Melody Baetens writes at The News.

The company later teamed up with Goldbelly, an online food shipping business, to send its pizzas around the country.

He began treatment this year for stage four glioblastoma, an aggressive brain cancer.

In a recent interview (see video below) with Harry Berberian of 313elieve, Randazzo said he sometimes got grief from people for having a company named Detroit Style Pizza Co. that was not in the city. He spoke of exploring opening a shop there.

A GoFundMe page has been set up to help the family cover medical expenses.