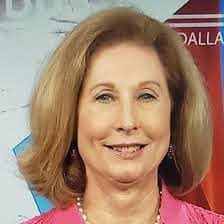 "The people have spoken," wrote U.S. District Judge Linda Parker, an appointee of Barack Obama, in a 36-page ruling.

The suit failed on many fronts, says her opinion. One flaw: It was filed too late.

"Plaintiffs could have lodged their constitutional challenges much sooner than they did, and certainly not three weeks after Election Day and one week after certification of almost three million votes," she wrote.

"This lawsuit seems to be less about achieving the relief plaintiffs seek ... and more about the impact of their allegations on people’s faith in the democratic process and their trust in our government."

The suit, which appeared to be dead-on-arrival, asked the judge to impound "all voting machines and software in Michigan for expert inspection."

But the judge found no evidence of impropriety and schemes to change votes for Joe Biden.

"For example, the closest plaintiffs get to alleging that physical ballots were altered in such a way is the following statement in an election challenger’s sworn affidavit: “I believe some of these workers were changing votes that had been cast for Donald Trump and other Republican candidates"

"But of course, a belief is not evidence” and falls far short of what is required to obtain any relief, much less the extraordinary relief plaintiffs request."