A campaign of compassion for a newly widowed Detroit father of two hits a notable level two days before Christmas. Nearly three weeks of GoFundMe donations from 2,600 people now total $101,101. 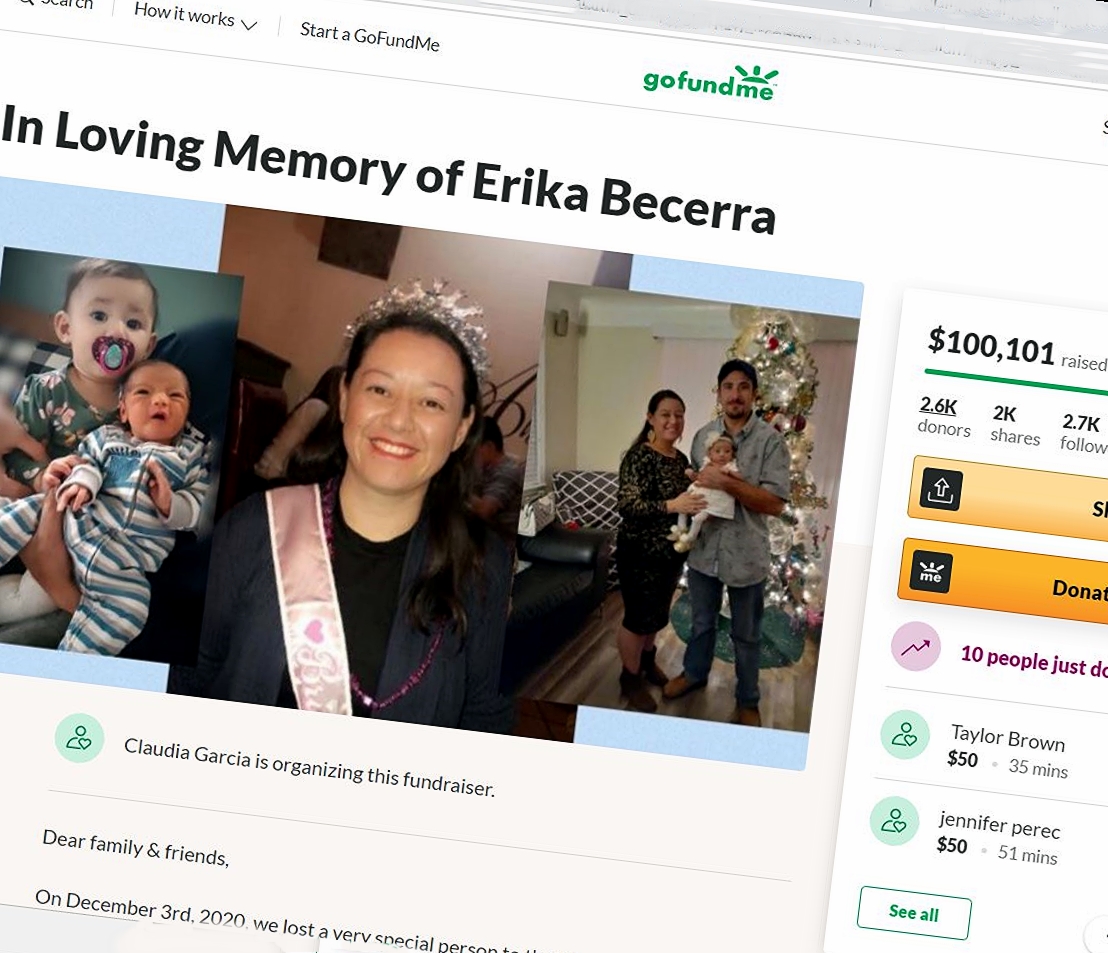 The beneficiary is landscaper Diego Becerra, whose wife Erika died Dec. 3 from Covid, less than three weeks after delivering a healthy son. The father and the couple's first child, a 1-year-old girl, tested negative for the virus.

National news coverage included a CNN segment Dec. 7 by Anderson Cooper, which helped propel the benefit drive started by a family member with a $10,000 goal.

National attention and donations are generated by the tragic story of Erika Becerra, a Detroiter who died two and a half weeks after delivering a son she never met. 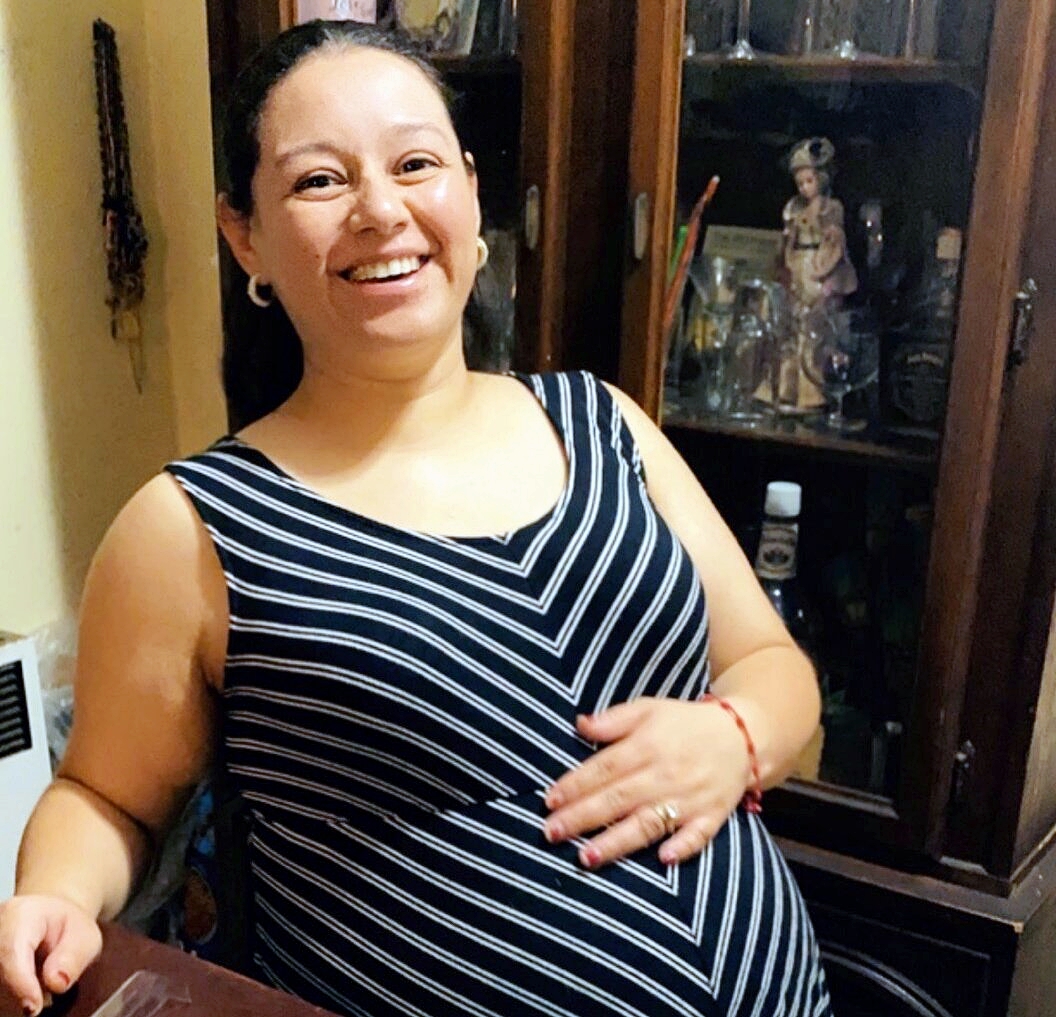 In her eighth month of pregnancy, she learned she had Covid, The New York Times and others recount.

On Nov. 15, she gave birth in a Detroit hospital to a healthy boy, Diego.

Ms. Becerra’s health declined so rapidly that doctors put her on a ventilator, which she remained on for 18 days. Ms. Becerra, 33, who had no known health problems before she became ill, died [last] Thursday, surrounded by her parents and brother, who had rushed from East Los Angeles. ...

Ms. Becerra’s husband, Diego, a landscaper, has been taking care of his infant son and the couple’s 1-year-old daughter, Erika. All three have tested negative for Covid-19. 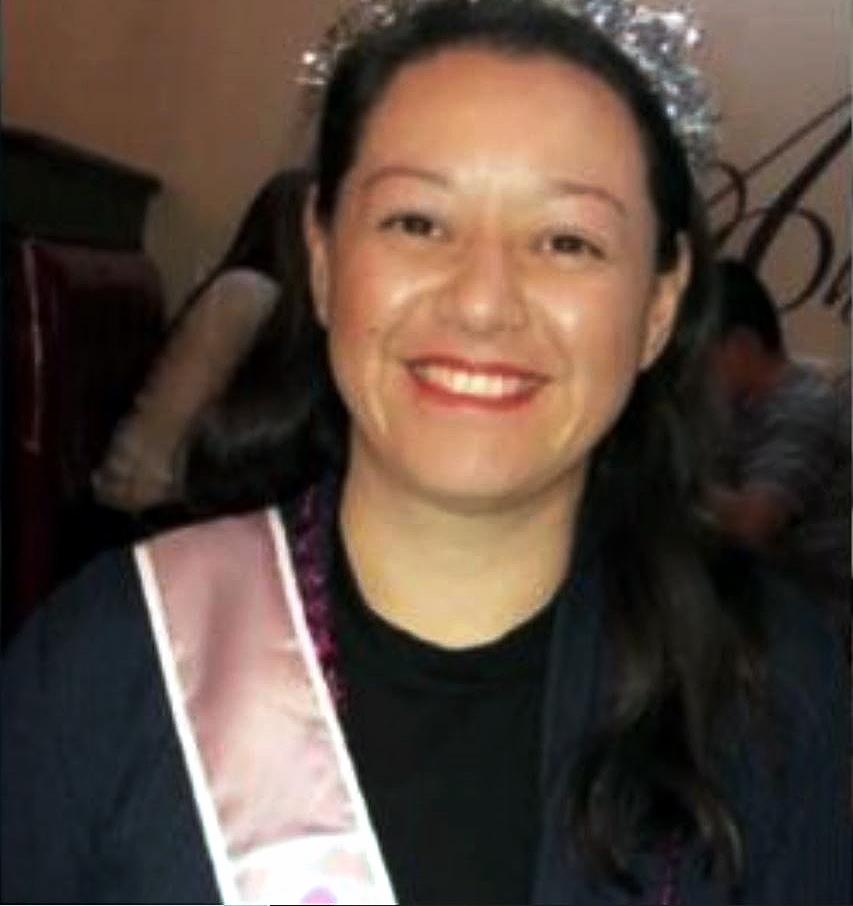 Snapshot on the GoFundMe page.

News coverage, including a CNN segment Monday night by Anderson Cooper (below), has swelled a GoFundMe drive started by Claudia Garcia, the victim's godmother. More than 2,400 people around the country have given over $91,000 in five days, including five gifts of $1,000.

We ask your help to give this family peace of mind during these difficult times and around the holiday season.

This GoFundMe has been created to help cover funeral and family's travel expenses from Michigan back to her home town in Southern California.  All additional funds raised will go towards the day-to-day needs of her young children.

Michael Avilez hopes his sister's case will push more people to take the pandemic seriously. "You've got a lot of people that don't understand what's going on," he tells Cooper in the nearly seven-minute report below. "They all think it's a joke."

"The doctors decided to induce her labor because she wasn't getting any better," says Michael Avilez of his sister Erika, who died from Covid-19 after giving birth.

"They put her [on] the tube because her body wasn't retaining oxygen... she wasn't able to meet her newborn baby." pic.twitter.com/Ah7B6j0lNL