Duggan for Detroit from OHmeoMI Productions on Vimeo.

The second-term mayor is the first candidate to formally throw his hat into the race. His last re-election announcement did not come until February 2017. 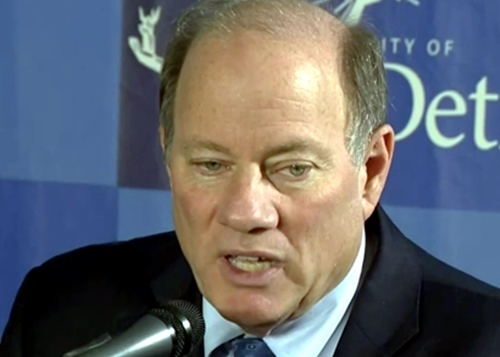 In seven years in office, Duggan has restored key city services, overseen the rebound of downtown Detroit and some neighborhoods, and lured businesses to the city. But he's also failed to end a decadeslong population slide and been dogged by controversies involving the city's demolition program and the steering of funds to an organization run by a woman who was rumored to be his mistress.

Duggan's campaign is spearheaded by his former chief of staff, Alexis Wiley, who left his administration last month.