(Wednesday morning coverage is updated with comments from the lieutenant governor and a hot mic conversation between them.) 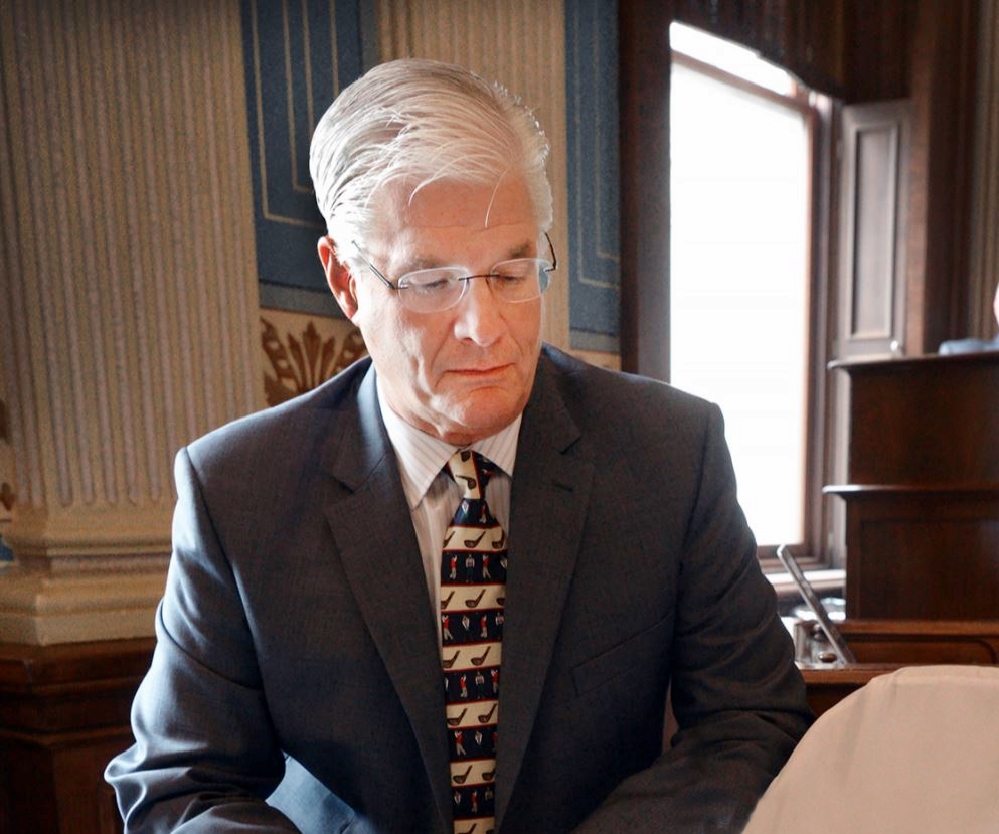 Mike Shirkey: "I have many flaws." (Photo: Michigan Senate Republicans/2019)

Without taking responsibility for any specific statements, Shirkey's office released the following statement:

“I said some things in a videoed conversation that are not fitting for the role I am privileged to serve. I own that. I have many flaws. Being passionate coupled with an occasional lapse in restraint of tongue are at least two of them. I regret the words I chose, and I apologize for my insensitive comments.”

In contrast, Lt. Governor Garlin Gilchrist II says Shirkey insisted to him Wednesday morning on the Senate floor "that he does not take back any of the statements he has made recently," according to a release from the governor's office.

Indeed, the majority leader doubled-down in a podium chat caught on a live microphone (video and audio below).

"It is clear that his so-called apology was not heartfelt, nor did it come from a place of humility and understanding," Gilchrist says hours later in the statement. "Rather, it was an empty gesture made for political expediency, and one that the people of Michigan can see right through."

In Tuesday's sort-of apology, the Republican senator didn't take back any of his statements, however, including the biggest bombshell -- that the Jan. 6 Capitol riot was "a hoax," "prearranged" and "staged" by unidentified parties, including "puppeteers" and his counterpart in the U.S. Senate, Mitch McConnell. Shirkey's remarks were first reported by Steve Neavling at the Metro Times and picked up nationally news sources.

Gilchrist's rebuke early Wednesday afternoon says Shirkey "has chosen to spend his time and energy fanning the flames of dangerous conspiracy theories about the 2020 election and the Jan. 6 insurrection in Washington, alongside aggressive, sexist threats toward the governor. This behavior is beneath the office he was elected to and the standard of decency the people of our state deserve," the Democrat adds.

Shirkey's hour-long sitdown with two Hillsdale Republicans, who formally censured him afterward, was recorded by one of them and posted on YouTube some days ago. Besides calling the riot a hoax, Shirkey also speculated that the election was stolen from ex-President Trump, asked why Capitol police shot Ashli Babbitt during the riot, and said he "contemplated" inviting Gov. Gretchen Whitmer to "a fistfight on the Capitol lawn." Among other things.

Wednesday morning in the Senate:

Here is the full exchange. Goes onto to say, "I don't back down very easily." pic.twitter.com/L6Re8VYtJp