Talk about tossing shade. A Democrat in Lansing posts pointers for newbie politician Mellissa Carone that are more like sniper shots than sincere suggestions. 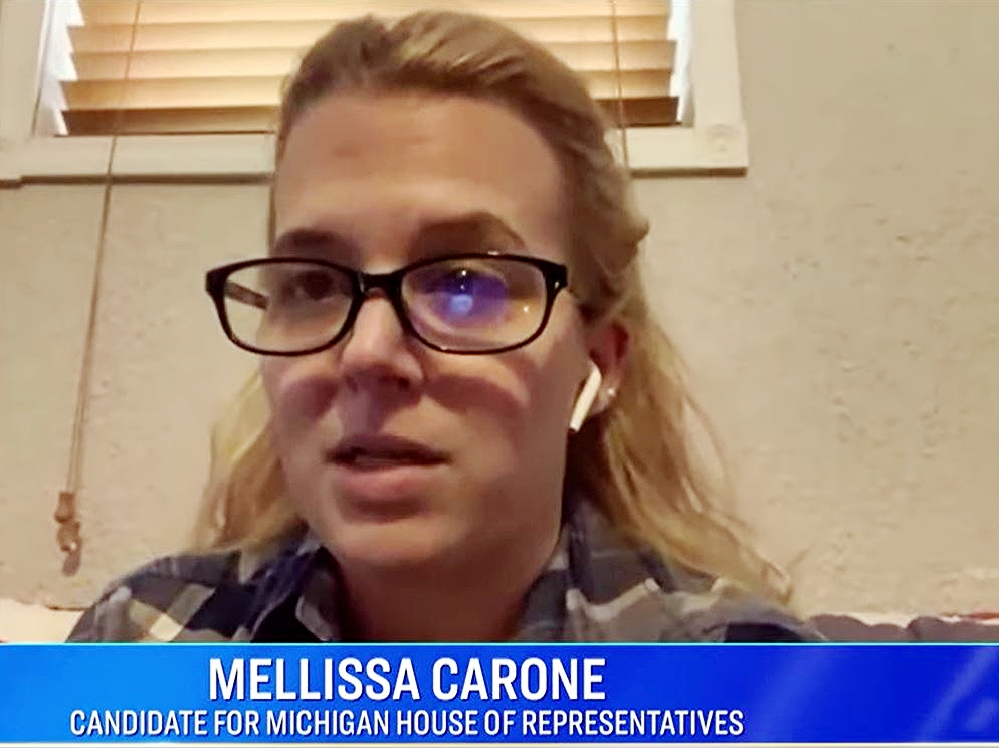 "Since you are a new candidate, I thought I would provide you with some necessary information on how to file as a candidate and comply with Michigan Campaign Finance [law]," tweets Barb Byrum, Ingham County clerk since 2013.

The 33-year-old Republican registered a candidate committee Feb. 3 and says her priorities are election integrity and restoring "traditional conservative values." In an MLive interview Wednesday, Carone tells Malachi Barrett about another goal:

If elected, Carone said she would push to eliminate no-reason absentee voting, a right added to the Michigan Constitution by a voter-backed ballot initiative in 2018. ...

Carone repeated a variety of refuted allegations about rigged voting machines, secret ballot dumps and an international conspiracy to hack the presidential election. She asserted there should be "some kind of re-election" to replace President Joe Biden. ...

Carone said she has [Rudy] Giuliani’s endorsement, but has not spoken with leaders of the Michigan Republican Party about her campaign.

The fledgling candidate has more formalities to heed, as Byrum shouts out in a 10-tweet thread after Carone followed her on that social media platform. Excerpts:

Based on your press announcements, that deadline may have already passed. If that is the case, you may already owe campaign finance fines to the @MichSoS I would check, because they pile up fast. https://t.co/WtnjxObGBS

Byrum, a former three-term state representative (2007-12), closes with these shots:

Since websites cost money to host and credit card services have fees, you are likely already in violation of several campaign finance related laws. More fines will likely be coming, unless you fix this...

So you may want to tone down the lies about the election being rigged...