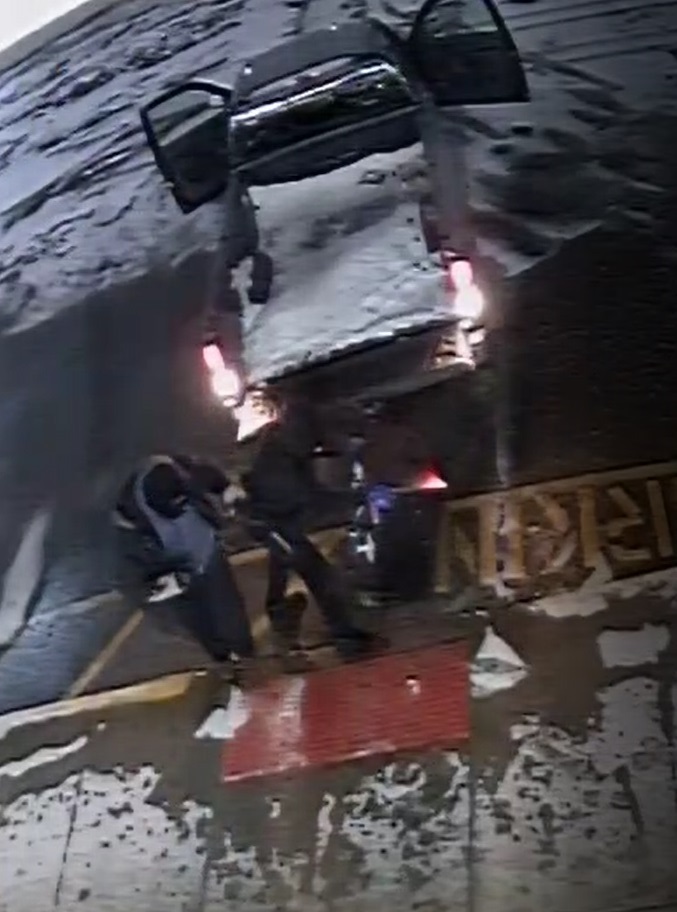 Suspects load a Ford pick up after crashing into a Dollar General. (Photo: Detroit police)

Detroit police are looking for three men they say smashed a pick up truck into a Detroit Dollar General and made off with the cash machine inside.

The incident happened Sunday around 2 a.m. in the shopping plaza in Lafayette Park, east of downtown. The ATM was empty, police said. Video showed two suspects also enter the store's office in an attempt to steal a safe.

Police say the group smashed through the front of the store with a Ford F-150 and a burgundy Chevy avalanche.