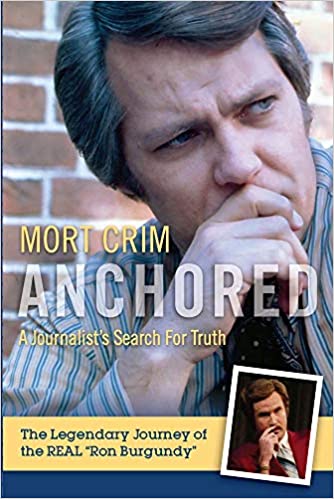 For 19 years until 1997, Mort Crim sat the anchor desk at WDIV. He was a prominent figure in town.

Now 85, Crim has a 352-page autobiography, "Anchored: A Journalist’s Search for Truth," which talks about everything from growing up in Illinois to his TV career and a newsroom affair in Philadelpia in the 1970s with co-anchor Jessica Savitch. He left that station and joined Detroit's NBC affiliate in 1978. He stepped down as anchor in 1997.

In an unflinchingly honest recounting, Crim’s book describes how his on-camera relationship with Savitch morphed into an off-camera affair that began when he visited Savitch’s apartment for Chinese food between newscasts.  He writes that the affair “unleashed a torrent of guilt and regret unlike anything I ever felt. A romantic involvement with Jess was wrong. It violated everything I believed about commitment and marriage.”

It sent Crim into a “dark tunnel.” How much did his wife, Nicki, know? According to Crim, she never asked about the relationship and had no interest in details. The affair was broken off. Savitch left for NBC News. Crim felt he needed to get out of Philadelphia.

After a brief, unhappy stint at Chicago’s CBS-owned television station, Crim settled on Detroit’s Channel 4, which had faced challenges for almost a decade. Television news was changing, but the station wasn’t changing with it.