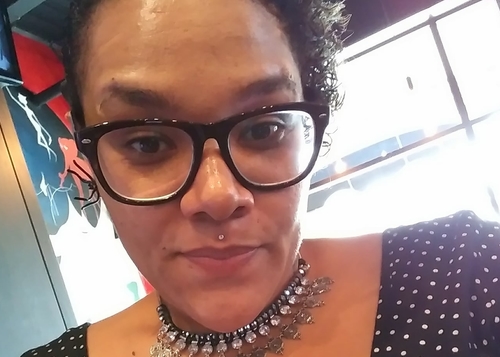 Detroit restaurant Green Dot Stables is under fire for terminating a Black server who says she was accused of offending white coworkers with a joke about her own racial identity.

Protesters gathered at the Corktown slider oupost Monday after Christine Turner, 34, said she was let go for playfully referring to "light-skinned motherfuckers" in an exchange with a cook who was giving her a hard time. The comment, a reference to light-skinned Black people, played on a stereotype about their being "uppity," Turner said. She and the cook are both light-skinned, but white women servers in the vicinity took offense and complained of discrimination, Turner said she was told during her Saturday termination.

She had been with the restaurant just several weeks.

In an interview Tuesday, the Detroit resident called the firing backwards — an example of "white fragility" in a majority-Black and "gentrifying" city where many business owners lack knowledge of the culture in which they operate.

"They're using policies that were put in place to protect me against me," Turner said of the white-owned business. "Those policies weren’t written up to defend white people, they were intended to defend Black and brown and gay people against white supremacy."

In termination paperwork, Turner said restaurant management also accused her of making a derogatory remark about someone’s sexual orientation. Turner is pansexual, and has been in same-sex relationships and relationships with trans people. She said she carries a gay pride lunch bag to work.

Restaurant co-owner Jacques Driscoll declined to comment on the incident specifically, saying: "We respect the privacy of our employees and do not discuss personnel matters.” He and co-owner Christine Driscoll plan to meet with Turner regarding her concerns, he said.

The Driscolls are also behind Yellow Light Coffee & Donuts in Jefferson-Chalmers and Johnny Noodle King in Corktown.

Another protest is planned for Green Dot on Saturday at 5:30 p.m. and some activists are urging a boycott. A digital flyer advertising the initial demonstration said "sliders taste like racism." Demonstrators have shouted at patrons of the business, calling them racists too.

Turner believes the workers who complained were not truly offended by her joke, as she says she explained afterward that the "light-skinned" description does not apply to white people. Instead, she thinks it was an excuse to get rid of her because they did not like her outspoken nature.

Another server involved did not immediately respond to a request for comment.

Turner serves at two other restaurants, one in Grosse Pointe and one in Detroit. Her boss at Michigan & Trumbull Pizza in Detroit posted a statement supporting her.