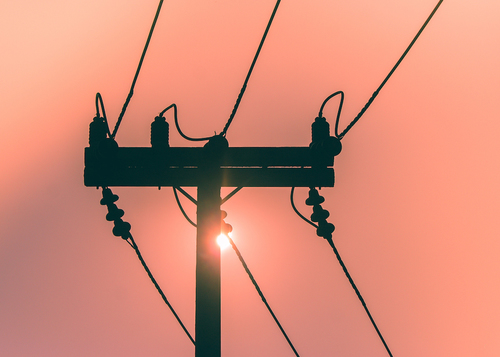 Detroit could see more deaths than New Orleans did in Hurricane Katrina should a days-long power outage strike at the same time as a heatwave, a researcher behind a new study on the topic tells Planet Detroit.

The scenario is increasingly likely given the area's aging power infrastructure and a rise in extreme weather events due to climate change according to Brian Stone Jr., a Georgia Institute of Technology professor and the lead author of the study on compound climate and infrastructure events in the journal Environmental Science & Technology.

“If you have a historical heatwave and a blackout, and it persists for as long as five days, you’re very likely going to see many more fatalities than we saw in New Orleans after Katrina,” said Stone Jr., (whose) study looked at the impact from concurrent blackouts and heatwaves in Detroit, Atlanta, and Phoenix.

Stone was speaking specifically of Detroit when he referred to Hurricane Katrina, which killed an estimated 1,464 people in New Orleans before and after the storm. And he emphasizes that his team’s modeling of heatwave impacts were based on an actual  “historical heatwave” — specifically the 1994 Detroit heat event where temperatures stayed above 90 degrees for seven days.

Detroit is seen as more vulnerable than other parts of the country in part due to frequent power failures and unideal housing conditions.

Michigan ranks fourth nationally for the number of hours each year that the average customer is without power. Users experience about 8.5 hours of outages annually compared to a national average of 4.5. According to a report from the Citizens Utility Board of Michigan, DTE Energy customers in Detroit experienced particularly long outages.

In 2018, it took the utility 358 minutes or six hours to restore power, the longest of any investor-owned utility in the state. DTE spokesperson Je’well Pearson said the company is, “investing nearly $1 billion on behalf of our customers to upgrade the grid each year and improve reliability”. This includes money for things like tree trimming, inspecting overhead power lines, and upgrading substations.

Yet, Stone says that Detroit is at elevated risk during heatwaves even if there isn’t a power outage. The study found 50,000 residents are at risk of health impacts like heat exhaustion or heat stroke without a blackout on account of factors like a lack of air conditioning and a large number of single-family homes. That number increases to 450,000 — roughly two-thirds of the city’s population — when there’s a simultaneous blackout and heat event.

The city's cooling centers, for the most part, also lack back up power sources.