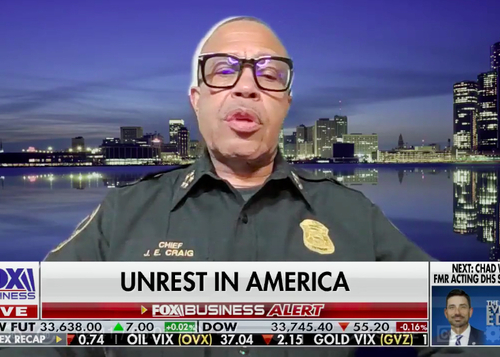 Ex-Detroit Police Chief James Craig is expected to elaborate on why he's a Republican in his first political speech ahead of an expected run for governor.

The Detroit native will join a Tuesday event in Jackson County to mark the party's 167th anniversary, media outlets report.

"The anniversary of the birthplace of the Republican Party is an important reminder that we are the party of Lincoln and offer a better path forward that emphasizes success through self-reliance," Craig said in a Thursday statement published by The Detroit News. "I look forward to discussing how my experiences growing up on the streets of Detroit, policing in major cities and bringing people together to solve problems led me to become a Republican."

Party activists are excited by a likely Craig candidacy, but there are many unknowns, including where he stands on issues as basic as abortion. The speech will allow a surface-level assessment, political consultant John Sellek tells WDIV.