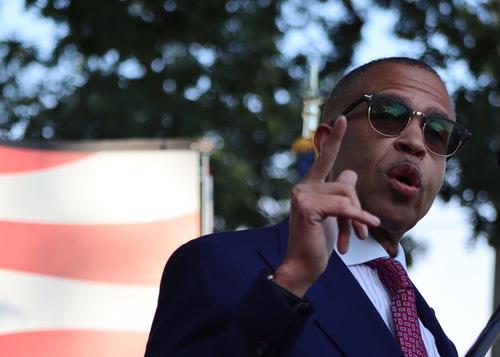 JACKSON — Former Detroit police chief James Craig gave voters a taste of what they could expect from his presumed gubernatorial candidacy under a namesake tree at Under the Oaks Park in Jackson, where the Republican Party is said to have been born on this day 167 years ago.

Craig declared himself a Trump supporter, having voted for the ex-president twice, and shared how he became interested in conservatism a little over a decade ago as chief of police in Portland, Maine — population 67,000 — where he was tasked with approving concealed pistol licenses.

“I began to reflect on this issue of law-abiding citizens that carry and the effect this can have on reducing crimes. … It just made sense,” he said.

A little under two hundred people gathered to hear the retired law enforcement veteran speak at the small park.

You can read a rehash of his remarks at just about any local media outlet and watch the speech here.

At Deadline, we like to think of ourselves as the ketchup to your meatloaf, so here are 10 things that stood out to us:

1) He read from two teleprompters

At first it felt a little stiff and unusual for the ex-chief, nicknamed Hollywood for never meeting a microphone he didn’t like. But Craig loosened up and hit his stride, delivering the approximately 25-minute speech capably and to the crowd’s evident approval.

2) He’s hated Maxine Waters for a while

Waters got at least two callouts in the speech — one more than Rashida Tlaib. Craig has targeted the Calfornia congresswoman previously, and we now have a sense of why: Following the beating of Rodney King in 1991, when he headed a Black officers association at LAPD, he abruptly ended a meeting she’d been invited to after she questioned how Black officers could work for the department, given its treatment of Black citizens.

“How could this elected leader, a Democrat who we believed represented us, stoop to such a low level,” Craig said he thought at the time. That was the party’s first strike.

“I will never back down to liberal wokeism,” he said. He also complained of “woke corporations.” Their agenda isn’t "about working together."

4) A signature move for the campaign trail?

Nixon gave two peace signs. Craig gave two thumbs up — twice — initially after his first mention of Trump and later after sharing that he was pro-life. 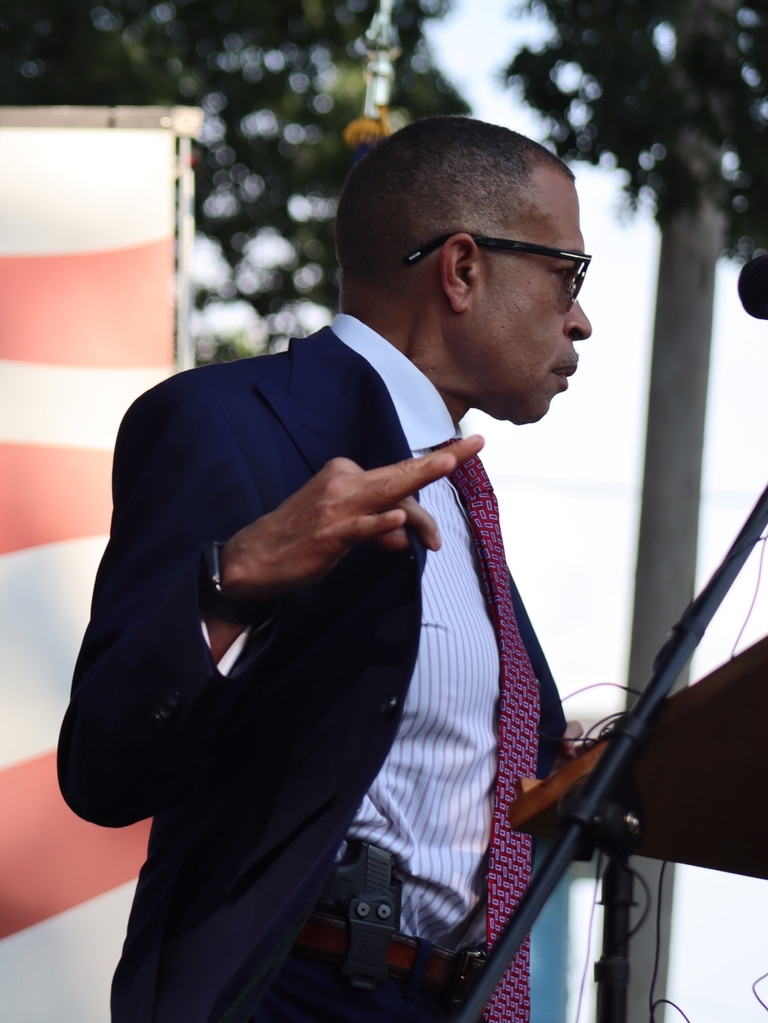 He carries on his hip. (Photo: Nancy Derringer)

Craig opened his suit jacket twice to display a holstered weapon in his waistband. He said he was packing and would always be.

6) He has some work to do with reading aloud

Craig’s only real flub came at an inopportune moment, after sharing a Frederick Douglass quote on reading that goes: “Once you learn to read you will be forever free.” His late mother, he added, was the smartest woman he ever knew — a “voricious” reader who earned multiple degrees from Wayne State University.

Michigan Republican Party vice chair Meshawn Maddock was “Meeshawn.” Craig has admitted he has a lot to learn about the modern-day Republican party, telling Nolan Finley last month that he needs to get tight on issues including reproductive rights and critical race theory. Maybe pronouncers for big-name state party players are also in order.

The failed Haley Stevens opponent and Trump supporter from Bloomfield Hills was on hand to answer questions for Craig, though she answered hardly any. 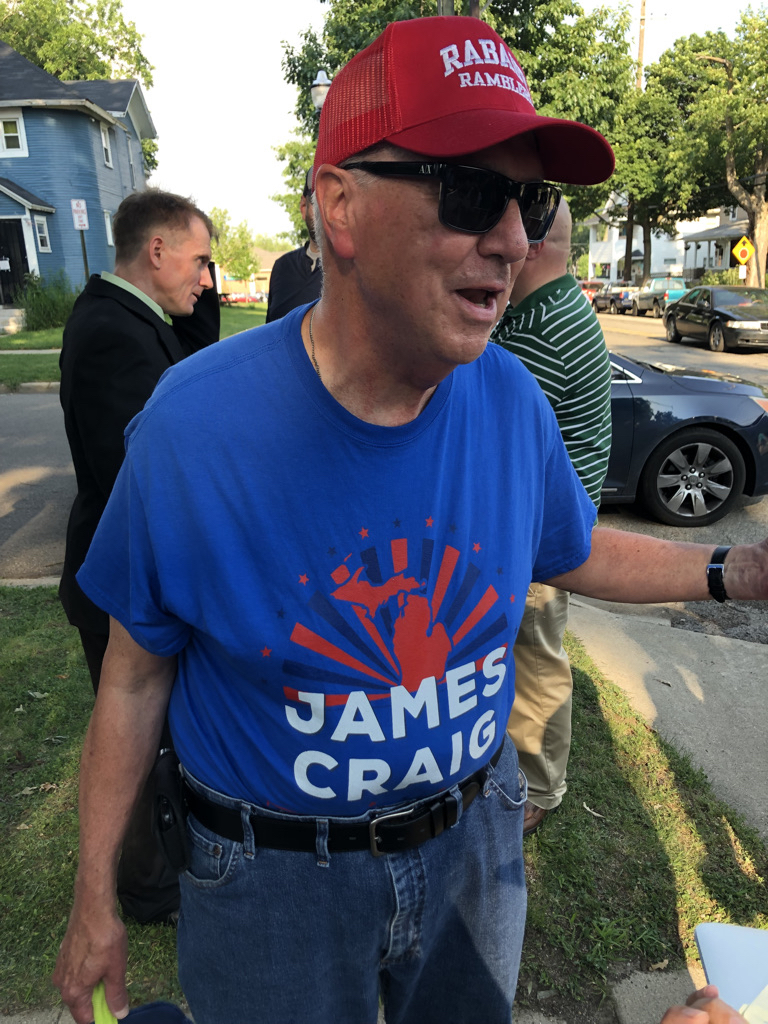 9) No questions for Craig

“There will be a time to address issues and leadership in the near future” he said in his remarks. Indeed, he dipped quickly without taking questions, stopping only for a couple photos — one with Michigan Sen. Tom Barrett’s father, who was sporting a red, white and blue James Craig T-shirt. Yes, they’re apparently making those already — Patrick Barrett said his daughter found it online, and gave it to him for Fathers Day.

10) Five out of five agree: Craig “kept Detroit from burning”

Those gathered seemed to know little of the presumed candidate, but the five we spoke with had one takeaway after seeing him on Fox News and Newsmax: He "kept Detroit from burning" last summer. Having covered the city's demonstrations, however, we’d argue it was never at risk of doing so.