'White Boy' Rick Wershe Sues, Discusses Surviving Prison and Reflects on a World That Passed Him By 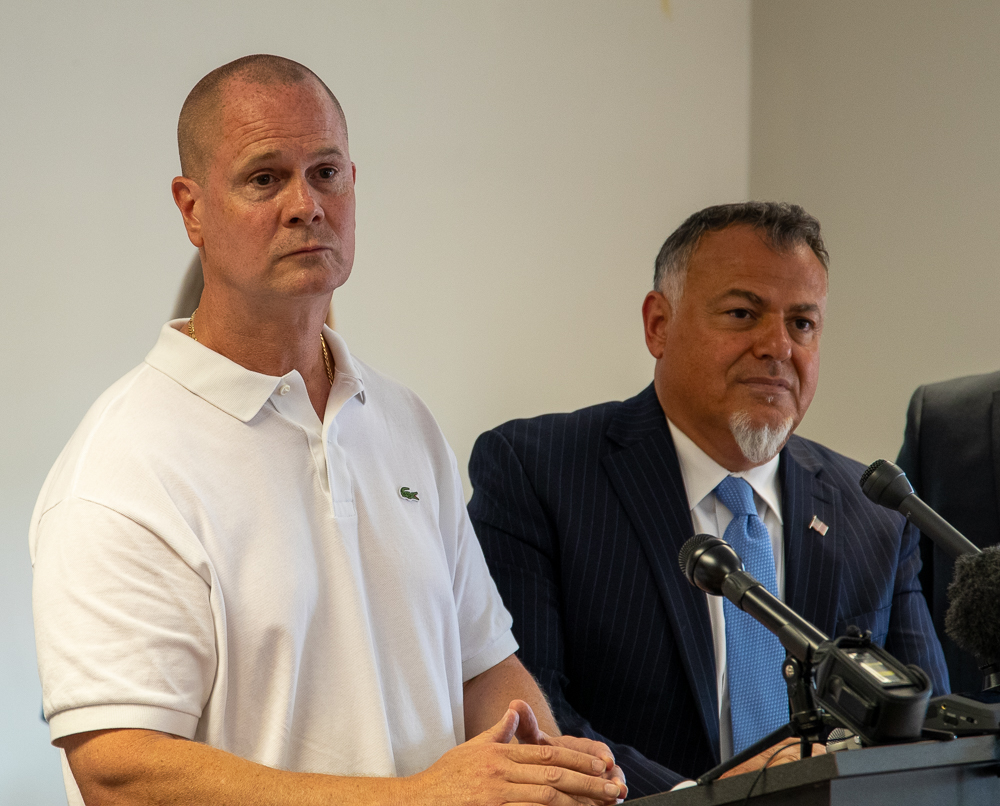 Update, 7 p.m. Tuesday: Richard Wershe Jr. is suing former FBI agents, Detroit cops and federal prosecutors for allegedly using him illegally as an underage informant in the 1980s, and reneging on any deals to get him released from prison after his cooperation put drug dealers and bad cops behind bars.

Wershe, 52,  announced the suit Tuesday at a news conference in downtown Detroit a year after his release from prison. He also fielded questions about adjusting to the outside world after serving more than 32 years for cocaine trafficking and other charges.

"It's been difficult," he said. "My father’s not here, a lot of my family members aren’t here, I didn’t get to see my kids grow up. ... I saw the world evolve, but I didn’t get to play any part of it. It’s almost like being dead."

Wershe, who appeared with his mother, fiance and other family members, says he's not bitter — well, "a little" — but moves forward with the suit filed by Detroit civil rights attorney Nabih Ayad in U.S. District Court because "the justice system has not been fair to me."

"I’m hoping now that this is the last book where I can close this chapter and go on with my life," said Wershe. "But I think this needed to be done. I think the truth absolutely needed to be told. The people that did this to me need to be held accountable."

The suit accuses law enforcement of "child abuse" for using him to make undercover drug buys and inform on people in the drug world, starting when he was 14. The suit alleges law enforcement led him on a destructive path of drug dealing and danger, which included being shot at 15. Later in the 1990s, while in prison, he agreed to help in an FBI sting that netted crooked cops in Detroit and the suburbs. He was promised he'd get help getting out in return. It never happened.

The FBI covered up his cooperation by often attributing documents to his father, who was also a bureau informant.

Wershe says he's working on prison reform and with Team Wellness to help people with physical and mental needs.

He also talked about:

"This is my mom when I left," said holding up a photo of her decades ago. "Beautiful, young ... this is what they took from me. My dad never knew I made it out of jail.

"My other half," he said referring to fiance Michelle McDonald. "If you ask her, no I don’t trust people."

"I did a lot of reading. I did a lot of soul searching. And I was a young stubborn person. I’m still stubborn. I just put in my mind that I would never let them see me break. I broke down in there, but I never let anybody see it.

"I had, I call it peaks and valleys, and I tried to have more peaks than valleys. If you can do that, you have a chance. And by the grace of God, I made it." 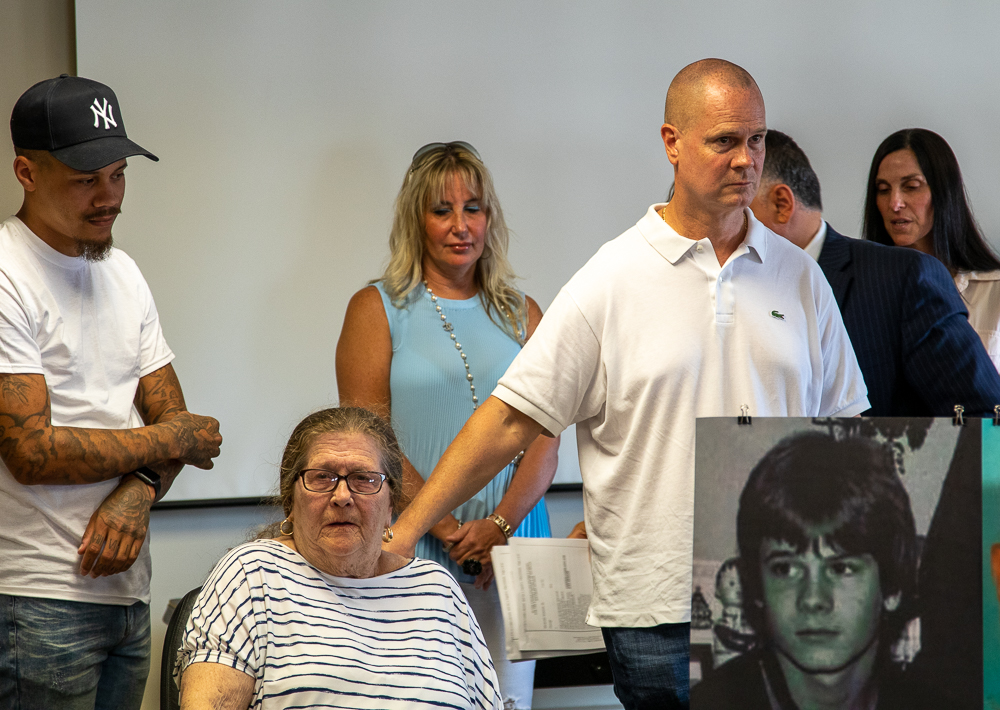 A retired FBI agent coming to his aid

Why locked up so long?

"I truly believe the only reason that I stayed in prison for 30 years was because I told on corruption in the city of Detroit. There’s no other reason for me to be kept in prison. 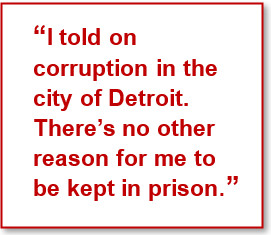 "If any of you disagree with me, I’d love to hear your argument."

Proud of work for law enforcement

"Yes, I’m proud that I helped the city rid corruption out of their police department. I‘m proud that murderers were taken off the street or dangerous individuals. But it’s a double-edged sword. ... I was punished more severely for my crime because of my cooperation. I didn’t do 33 years in prison because of the drug crime I commtted. I did 33 in prison because I told on corruption in the city. Make that 100-percent clear.

"I was too young and dumb to know that it would affect the rest of my life."

Who was behind keeping him behind bars?

"We know Gil (Hill) was responsible for a large part of it. We know that. I won’t say more than that."

"And when I speak to these kids and they ask me that, I never answer what it was. I don’t tell them. Did I have a lot of fancy cars? Yeah, I was a kid. I loved cars. I love cars now. I still have fancy cars, but this time they can’t take any of them from me."

About the "White Boy Rick" nickname

That label was put on me by the powers that be. I suffered from it for 32 years and 7 months Now, if I can use that name as a platform to do some good, that’s what I’m going to do with it.

Why return to Detroit?

"So the people in the community, I love where I’m from. All I get is love when I’m in the city. People know what was done to me was an injustice."

"I lived that for 32 years and seven months. I lived [with] screaming and beating on the door and seeing people cut themselves because they couldn’t take it. And seeing them taking the guy from across the hall out because he hung himself. Because he didn’t have the mental capacity to handle what he was going through. I have sleepless nights."

"Every morning a good friend of mine sends me a daily read and that's how I start my day. I try to do something good every week. I’m not going to forget about the people who are in there who shouldn’t be in there. I truly believe that half of the people in prison could be released and society would be just as safe as it is." 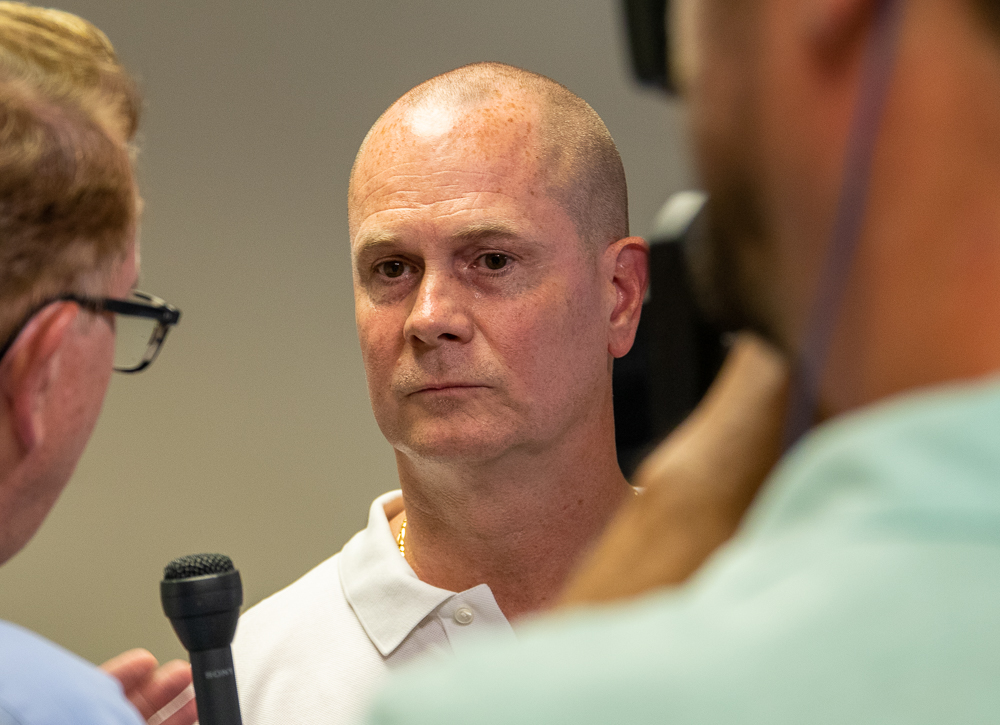 "How does a child molestor get five years but a nonviolent drug offender 30 years?"

"I’ve asked judges, I’ve talked to a Supreme Court judge since I’ve been home, I’ve talked to prosecutors.  And the one question I ask: 'If you could help me wrap my head around, how does a child molestor get five years but a nonviolent drug offender 30 years?'  And nobody can give an answer."

"If you want to talk about a cartel, OK the Mexicans have their cartels. What do we have?"

"People blame my dad for a lot of things (that happened to him), and I promise you, 90 percent of the things they blame my dad for are lies. That’s their lies to cover up the truth. My dad never knew the depth that I was doing for the government. He never knew I had a fake ID that said I was 21 years old. He never knew I was out all night because he was waking up in the morning and trying to provide for our family. He wasn’t the best father but he wasn’t what he was made out to be."

Rick Wershe has been free for 12 months, but feels he "has yet to receive justice," his lawyer says.

They're filing a federal lawsuit against FBI agents, Detroit police and others accused of responsibility for his 32-year prison sentence. Wershe and his mother, Darlene McCormick, plan to attend a downtown news briefing with his attorneys at 2:30 p.m., Fox 2 News reports from a media release.

Wershe, a police informant as a young teen, testified against several drug dealers who were convicted. At 17 in 1987, he was sentenced in Wayne County to life behind bars for transporting and possessing cocaine. The case inspired a 2018 feature film, "White Boy Rick."

The longest-serving nonviolent juvenile offender in Michigan history was released from prison last July at age 51. The state no longer has a lifer law for drug dealers.

"Despite the public outcry as to the government's abuse of him, he has yet to receive justice," says the lawsuit announcement from attorney Nabih Ayad of Detroit. The Detroit News quotes him as writing:

"The government used Wershe as a child from age 14 to 16, putting him amongst gangsters, killers, drug dealers and thrust him into the world of drug trafficking, and then all turned on him to cover up the illegal and embarrassing nature of their conduct. ...

"Wershe was shot while acting as a confidential informant for the FBI and DPD at age 15, and, outrageously, they continued to use him to infiltrate high-level drug gangs in Detroit in the 1980s after this attempted assassination."