Dearborn mayor showed signs of mental decline in 2019. No one intervened 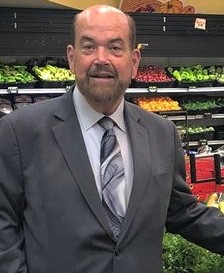 Dearborn's mayor is in his 70s, like lots of politicians. He also, like lots of people in their 70s, is apparently losing his memory — raising, for us, broader questions of whether and when elected septua- and octogenarians should step aside and, for the people of Dearborn, the more immediate question of, WTF?

According to a Free Press story out today, Dearborn Mayor John O'Reilly, Jr. is not seeking re-election this fall and in July said he was limiting public engagements due to a health issue. But evidence of decline emerged in early 2019, when during a deposition, he could not remember:

Dearborn residents are asking why the council hasn't intervened, given a city charter provision that says it can investigate if the mayor or another office holder has a "physical or mental incapacity."

"There is a grave concern among the city of Dearborn residents that Mayor O'Reilly is unable to make informed decision due to the mental health," Mike Hacham, a Dearborn resident, asked during a city council meeting July 13 with a standing-room-only crowd, many angry about the floods.

A city spokeswoman says O'Reilly was tired during the dep. O'Reilly, for his part, says to respect his privacy. He's "working in the office every day and participating in high-level meetings regarding city operations" and has "served the city well in my 31 years in office as mayor and council president."

But the disproportionate number of older people in office is increasingly an issue — nearly a tenth of the U.S. Senate, for example, is comprised of 80-somethings who sit atop powerful legislative committees — and not just because they maybe can't identify key trends like if their city's population is growing or sliding.

From a piece last year in The Atlantic, Why Do Such Elderly People Run America?:

First, gerontocracy is a cousin to plutocracy. Power concentrated in the hands of old people who are also rich will predictably lead to policies that benefit the old and the rich, at the expense of the less privileged. The federal government already guarantees universal health insurance and a universal basic income to seniors, even as Republicans cry socialism when young people request versions of the same policies. It’s unlikely that young people will notch many policy wins in a government whose median age is over 70.

Second, old governance can be bad governance. At the end of the Cold War, a common criticism of the U.S.S.R. was that the country was crumbling in part because the Soviet politburo was too old and out of touch to keep up with a changing world. Research indicates that cognitive deterioration typically accelerates in one’s 70s. Without encouraging voters or employers to be ageist, it seems risky to leave the most important issues of life, death, and welfare in the hands of a group of septuagenarians who are in the crosshairs of biologically predictable cognitive decline.