Detroit-born sculptor Austen Brantley, 25, is preparing to show a series of works that explore "the duality of being African and American in the world today," as Norwest Gallery of Art puts it. 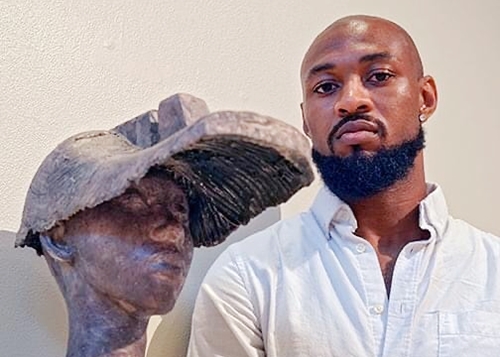 For his part, Brantley posts: "My last solo exhibit was 2017. So much has happened since, the only way to explain is a show of all new works."

His exhibition, "Behind the Mask," has an opening reception from 6-9 p.m. Saturday at the three-year-old contemporary gallery in Rosedale Park (details below).

Brantley, who has a Royal Oak studio, describes himself as a self-taught artist originally inspired by his Berkley High School ceramics teacher. Earlier, he lived in Stuttgart, Germany, with his family as a child because of his father's work as an electrical engineer.

"I kind of grew up seeing castles everywhere and statues and paintings," he told the Detroit Free Press two years ago.

His sculptures have been displayed at ArtPrize in Grand Rapids, Detroit's Wright Museum of African American History, the Detroit Institute of Arts, the Marshall Fredericks Sculpture Museum in Saginaw and Chicago's Museum of Science and Industry. In 2017, he won a $5,000 award for emerging artists from Kresge Arts in Detroit.

"By reinforcing a strong concept of personal identity, Austen molds authentic African antiquities and recreates them with clay sculptures, making a juxtaposition of two different worlds -- the African world and the American. Using a new ceramic technique of press molds, Austen pays homage to the stolen heritage of African culture and ancestry that moves through his DNA.

"The human figures represent Black Americans seeking their personal identities. The figures will be interacting with the cultural masks that represent their historical past while conveying the different feelings and associations with being labeled to the world as an African American." 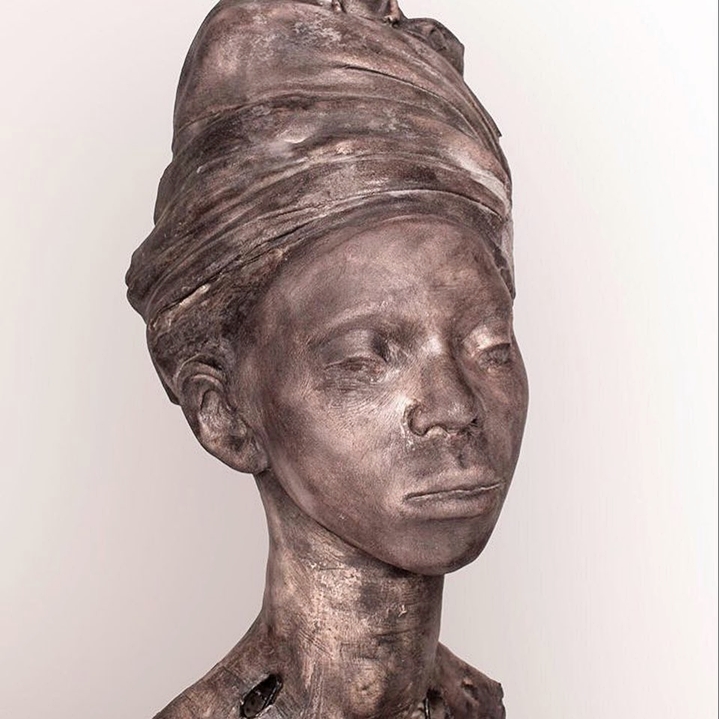