Summer in the city: Twerking the night away, atop a Detroit police cruiser

Ah, Detroit . . . where street parties never quit and can go over the top -- the top of a cop car, this time. 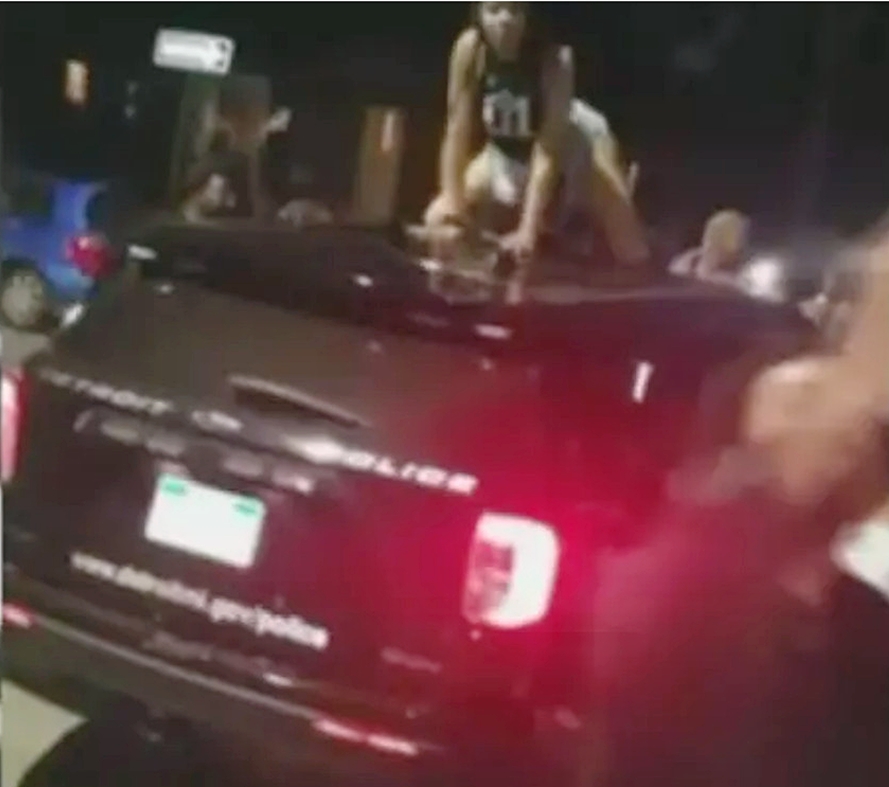 "Video of a woman using the top of a Detroit police vehicle as a dance floor has been making waves on social media," Randy Wimbley shows and tells at Fox 2 News.

Not only was there a woman on top of the car, but there was also another woman dancing in front of it.

All of it, according to [Interim Chief James] White, happened at a party on the city’s east side with a few hundred people in attendance. White says Detroit police's crowd management teams were there keeping an eye on things when a large crowd surrounded the SUV cruiser.

At a Monday media briefing, the temporary chief said officers in the marked SUV "did exactly what we are asking them to do, practice restraint."

"What's frustrating for me is to read that the officers didn’t do anything," White said. ...

"Had they driven off with this young lady on the very top of the car dancing, had they drove off and she rolled off and was injured, then I would be asking the question, 'Was that the right decision to make?'

... "Based on the facts and the circumstances he was dealing with, with over 100 people surrounding his car, and choosing not to drive through the crowd with a person on the roof of the vehicle dancing, I think he's officer of the quarter."