Trailer: Windsor Native Pays Homage to Hometown with Documentary: 'The Pizza City You Never Heard of' 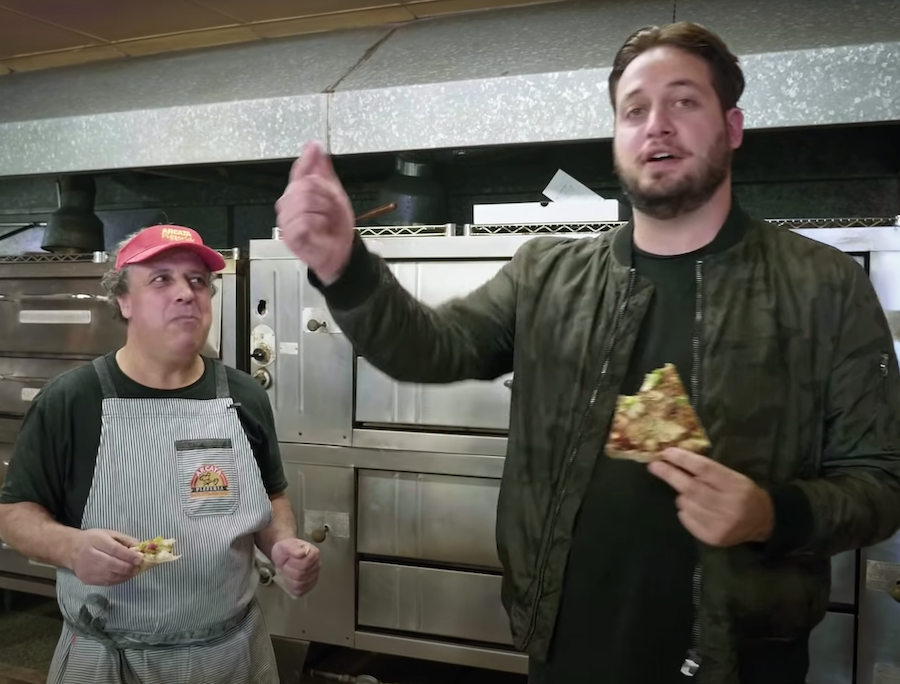 We're a bit skeptical of this claim by a neighbor neighbour on the other side of the river.

But Windsor native George Kalivas is dead serious. He believes Windsor deserves to be mentioned with cities like New York, Chicago and Detroit when it comes to great pizza.

So, he's a produced a one-hour documentary titled: "The Pizza City You’ve Never Heard Of." The Windsor Star describes it as a tribute to Windsor-style pizza made with Galati cheese, cornmeal-bottom crust, canned mushrooms and shredded pepperoni.

“It’s a documentary that follows me as I prove to the world that Windsor deserves to be in the conversation with the best pizza cities,” Kalivas, 35, tells the paper.

“I just wanted to do my hometown justice," says Kalivas, a Toronto marketing manager and content producer who works with the Canadian music industry. He hopes the documentary makes the film festival circuit and debuts in Windsor next year.

Hype around Windsor-style has been slowly picking up a little steam. In December 2020, the Toronto Globe and Mail, one of Canada's most prestigious newspapers, published a story headlined:  "Why Windsor-style pizza is your next regional food obsession." The story noted:

The people of this slice (sorry) of Ontario that borders Detroit really, really like their pizza—to the point that the local tourism board has just created ‘The Windsor Pizza Club,’ which is essentially a pizza trail of eight different restaurants, each offering up their own take on this pie.