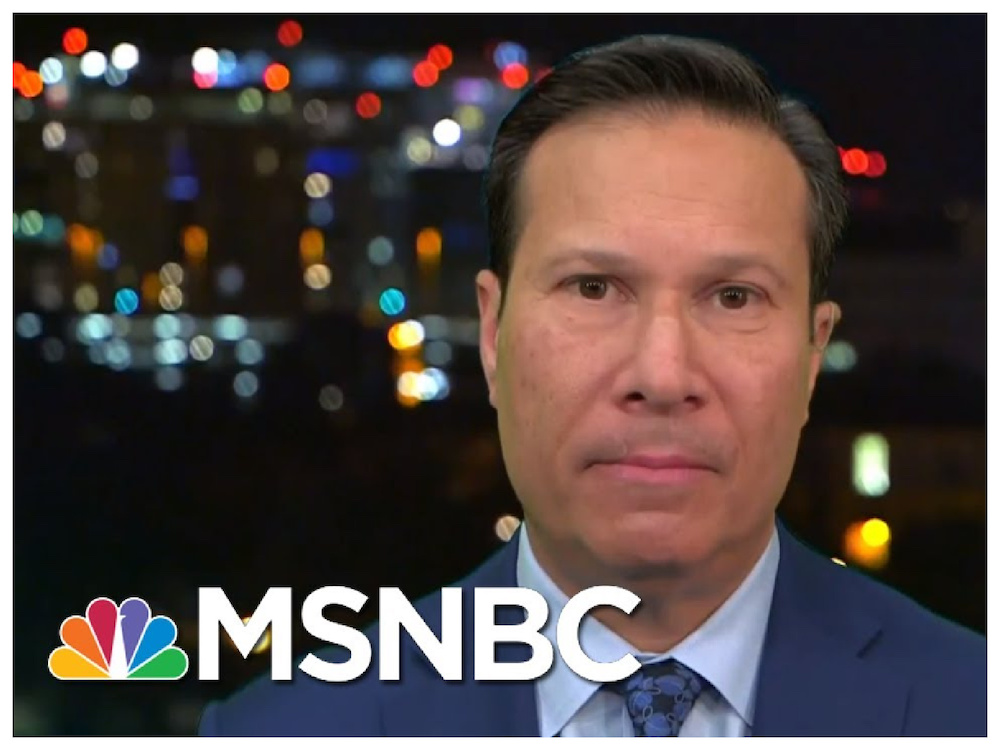 To NBC News and its sister station MSNBC, being truthful doesn’t always matter. And that’s the truth.

Starting with my high school journalism teacher Robert Jackson, I learned that the truth in journalism was sacred. Intentionally straying from it had grave consequences. That has held true through my many years in journalism, from the Detroit News to the Washington Post.

Frank Figliuzzi, a former FBI official-turned-commentator for NBC and MSNBC, is a reminder that things in the media have changed, and not for the better.

Figliuzzi, who retired from the FBI in 2012 as a former assistant director of counterintelligence, has become the go-to guy for both networks, particularly on matters of ethics in government. He regularly delivers his commentary with a solemn G-man look.

Problem is, he published a book earlier this year, “The FBI Way: Inside the Bureau’s Code of Excellence,” that contained a passage made out of whole cloth. It simply wasn't true. Perhaps a bit ironic considering the book is about ethics.

Both NBC and the FBI have capitalized on Figliuzzi’s growing popularity to help their brand.  So, they’ve chosen to ignore the lie and look the other way. Figliuzzi also has a podcast, “The Bureau With Frank Figliuzzi,” in which the FBI provides agents for him to interview and promote the work and image of the agency.

I’ve written articles on Figliuzzi’s fabrication in his book for another website I have, ticklethewire.com, citing eight current and former FBI agents who were eyewitnesses -- all of whom told me emphatically that Figliuzzi’s account in his book about a 1999 incident involving agents was simply false – a big lie.

Figliuzzi wrote that he ordered a strip-search of two agents because the boxes they were transporting with millions of dollars in seized Miami drug money in a Brink's truck weren’t sealed properly and the agents were “making it rain” -- throwing money in the air in the back of the vehicle. Tampering with evidence in the FBI would be a big deal -- if only it was true.

It was not. For one, there was only one FBI agent in the back. Two, no money was flying. Everything was intact. It appears he lied in the book to make the highly-questionable strip search look jusified even though the bureau itself found it disturbing enough that it launched an internal probe into his actions that were forever known in FBI offices around the country as "Stripgate."

The NBC News division has ignored repeated requests from me for comment via email and phone. The FBI, when asked about the fabrication and its ties to Figliuzzi’s podcast, declined comment. 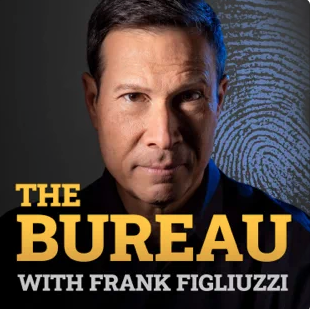 Figliuzzi responded to my requests for comment back in July by repeatedly lying about the lie and feigning indignation when I confronted him.

“I stand by my account. Call me a liar in print at your legal peril.” He also wrote: “I suggest you cease and desist with the false angles you are portraying.”

NBC has had to deal with questions of truthfulness in the past. In 2015, the network suspended star evening news anchor Brian Williams for six months after he went around telling a fabricated story about his coverage of the Iraq war. He was eventually released from purgatory, but relegated to the 11 p.m. slot on MSNBC, never to return to the coveted evening news job.

In this case, Figliuzzi outright made something up, and the NBC News division has done nothing. No apologies. No public reprimand. Nothing.

The fabrication in Figliuzzi’s book involves the 1999 raid of a Miami home linked to a violent and legendary Cuban-American drug cartel that killed witnesses and bribed jurors. FBI agent Stephen Lawrence climbed into the attic and found $9 million in boxes. A Brink's truck was summoned to transport the money in the boxes to the Miami Field Office.

To keep a chain of custody, Lawrence jumped into the back of the truck with a Brink's guard. In front, a  Brink's guard drove and another FBI agent sat in the passenger seat. Multiple FBI agents escorted the truck in bureau vehicles.

As they pulled up to the FBI office, the Brink's guard in the back crawled out a side door. A couple minutes later, with multiple agents standing around, the back door opened and Lawrence, the only person in the back, stepped out. The boxes and money were intact.

“Inside the back of the truck on this sweltering sauna of a Miami day, were two very proud and perspiring agents who had just found the most money they had ever seen in their relatively young lives. In fact, they were so happy and eager to show their bosses the fruits of their labor that they were 'making it rain' inside that truck. Loose bills were cascading from the agent’s hands in a shower onto the floor of the vehicle.“

Figliuzzi, who was an assistant special agent in charge of the office at the time, was upset the boxes weren’t taped shut and ordered the two agents to be strip-searched. No money was found.

At the time, there was never any mention of money flying around.

The FBI launched an internal investigation into Figliuzzi and his boss for conducting the humiliating strip search. After a year, he was supposedly cleared but the incident was a blemish on his career.  The strip-search only made the fairly unpopular supervisor even less popular in the bureau.

After a back-and-forth with me, Figluizzi got the publisher to change the ebook version to:

"On this sweltering sauna of a Miami day, were two very proud and perspiring agents who had just found the most money they had ever seen in their relatively young lives. In fact, they were happy and eager to show their bosses the fruits of their labor. They reached into open boxes and displayed the cash in their hands, then let it drop back down.”

Again it was still a lie. I went back to all eight agents I interviewed and asked them if the modified version was any more accurate.

“He’s full of shit,” retired FBI agent Ed Knapp, another  eyewitness, responded. “He should have removed the whole section. He should have said, ‘I screwed up. I’m sorry.’”

Figliuzzi never mentions in the book the name of the agent, Lawrence, who was in the back of the Brink’s truck. But Lawrence, who is now an FBI agent in Los Angeles, tells me he's certain hundreds of agents knew Figliuzzi was referring to him.

“I challenge Figliuzzi to find one credible witness who can corroborate his version,” Lawrence told me in July. “There’s only one version of the truth and it never changes.  Perhaps he should consider practicing what he’s preached – be truthful and accept responsibility.”

Sadly, no one – not NBC and not Figluizzi will own up to the lie and accept responsibility. So, Figliuizzi continues to represent the station as a voice of integrity.

And that’s a very sad commentary on the value of truth in some news organizations these days.