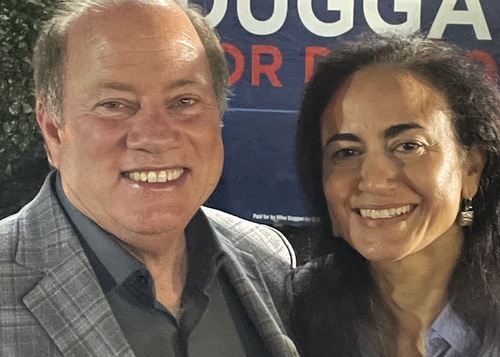 The pair was married in a family ceremony in Florida on Saturday, Duggan spokesman John Roach announced in a news release Wednesday. The wedding was performed by Imam Jihad Turk and Dan Duggan, the mayor’s brother.

"We appreciate all the good wishes we’ve received since the announcement of our engagement in June,” Mayor Duggan and Hassan said. “We especially thank our families for their love and support.”

The pair had a two-day honeymoon before Duggan came back to Detroit Tuesday in time for one of his city council allies to be convicted of bribery. He called it a sad day for Detroit and the family of council member Andre Spivey.

Duggan emerged largely unscathed from the OIG's 2019 investigation, which also found his top aides deleted emails and hid the city's fundraising effort for Hassan's organization, Make Your Date. Duggan pushed back on the findings and did not reprimand anyone involved.