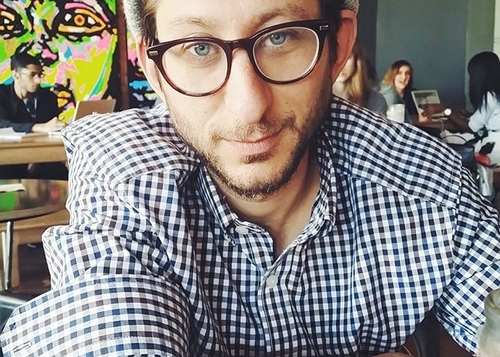 ► Update: The brother of captive journalist Danny Fenster reacts to a troubling new twist in the four-month-old case. "We continue to remain cautiously optimistic that the in-person hearings will proceed, and that this process will play out so that we can finally bring him home," Bryan Fenster posts Monday night on social media.

"We always have hope, but we had a bit more for this hearing since it was Danny's first in-person appearance in over two months. Of course, the additional charge ... is concerning, though it is in substance closely related to the Section 505A charges and primarily reflects an expansion of the measures available to the Burmese authorities. ...

"On a bright note, we were able to speak to Danny on the phone again this past Thursday. To our relief, he sounded much better. He expressed his love and yearning for home, and for all of you.

"It wouldn't be a good phone call with Danny without some laughs, which we had plenty of. It's quite the life lesson to hear my brother maintain a sense of humor in the face of all the adversity. And to see the worry momentarily wash away from my parents' faces was the medicine I needed. Of course, we're nowhere close to celebrating, but we'll take the glimmers of hope and levity where we can get them."

Friends and loved ones hoping for Huntington Woods native Danny Fenster's release from a Myanmar prison learned Monday the military regime has filed additional criminal charges against him.

Fenster, a journalist and managing editor at Frontier Myanmar and previously Myanmar Now, was jailed more than four months ago as he was preparing to board a flight to return home to visit family. He initially was charged with incitement, or sedition, and now is charged under an Unlawful Associations Act, his lawyer told the Associated Press.

The charge of unlawful associations has largely been used against ethnic rebel groups seeking greater autonomy. Sympathizers and even journalists contacting such groups have also been prosecuted.

The incitement charge is meanwhile punishable by up to three years in prison.

Myanmar officials have not shared any rationale for either charge. Fenster's lawyer and colleagues have maintained his innocence.

Asked last week about the reason for Fenster’s arrest, government spokesman Maj.-Gen. Zaw Min Tun responded: “As for journalists, if they do only journalist’s work, there is no reason to arrest them. Danny Fenster did more than just what a journalist does.″

Fenster is the currently the only foreign journalist in custody; the several others who were have been released.