Metro Detroit journalist Danny Fenster, detained in Myanmar since late May, remains in a Kafka-like nightmare after the latest in a series of brief, barely changing court appearances.

Military coup leaders accuse the 37-year-old from Huntington Woods of an offense allegedly committed by Myanmar Now, an online news site where he previously worked, his attorney says. An Associated Press writer based in Bangkok, Thailand, has an update Friday:

Fenster’s lawyer, Than Zaw Aung, said the judge at Friday's pretrial hearing told his client that after Myanmar Now had its license revoked [in March], it continued to post stories about the activities of organizations opposed to the [February] military takeover. ... Contacting them and publishing their words is punishable by two to three years' imprisonment under the Unlawful Associations Act, which Fenster was formally charged under earlier this month.

The judge said Fenster had been sought in connection with Myanmar Now's activities, together with its chief editor, Ko Swe Win. ... Fenster had already been charged with sedition for allegedly spreading false or inflammatory information. That offense is punishable by up to three years in prison.

Fenster was not at the outlet at the time. He left his reporter and copy editor job at Myanmar Now in July 2020, and joined English language print magazine and website Frontier Myanmar a month later.

His older brother, Bryan, reacts on social media to the ongoing frustration and fear shared by parents Rose and Buddy Fenster. 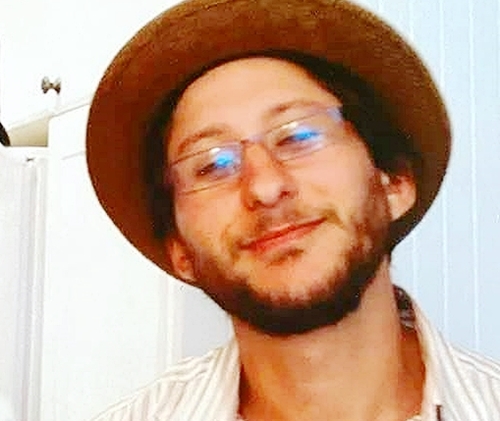 "We're going to do what we always do after a hearing. We'll get pissed off, we'll realign, and we'll come out stronger," he posts, in part. "We'll do the work necessary until we get to the next hearing on October 27th and again hope for the best. We will not stop until we #BringDannyHome."

The sibling acknowledges that "tempering expectations has been one of the ultimate tests throughout this experience. Our mission -- like Danny's -- is to survive. To survive the daily blows of living life in this new 'normal,' and to survive the psychological stress of each passing hearing date. If Danny can do it, we can do it."

Details of his case are scarce, and the hearings at the court at Insein Prison, where Fenster is jailed, are closed to the press and the public.

Fenster apparently is in good health, his attorney tells the wire service.

"It is disappointing that the prosecution is still alleging that Danny was working for Myanmar Now in March 2021, when in reality he had resigned seven months earlier to join Frontier.

"It just underscores again why he should never have been arrested in the first place, and why the charges should be dropped immediately so he can go home to his family."

Fenster will be honored far from his location next Wednesday with a Press Freedom Award at the National Press Club in Washington, D.C. The yearly recognition usually goes to a journalist in trouble as a way to focus attention on the situation.