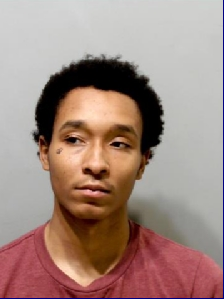 A 19-year-old man is arrested in connection with the "unprovoked" fatal shooting of a panhandler at a Clark gas station at Dexter and Collingwood on Oct. 3.

The suspect gave the panhandler money and then shot him, video shows. "It appears it was completely unprovoked," the chief said.

The victim was known in the neighborhood and by workers at the gas station.