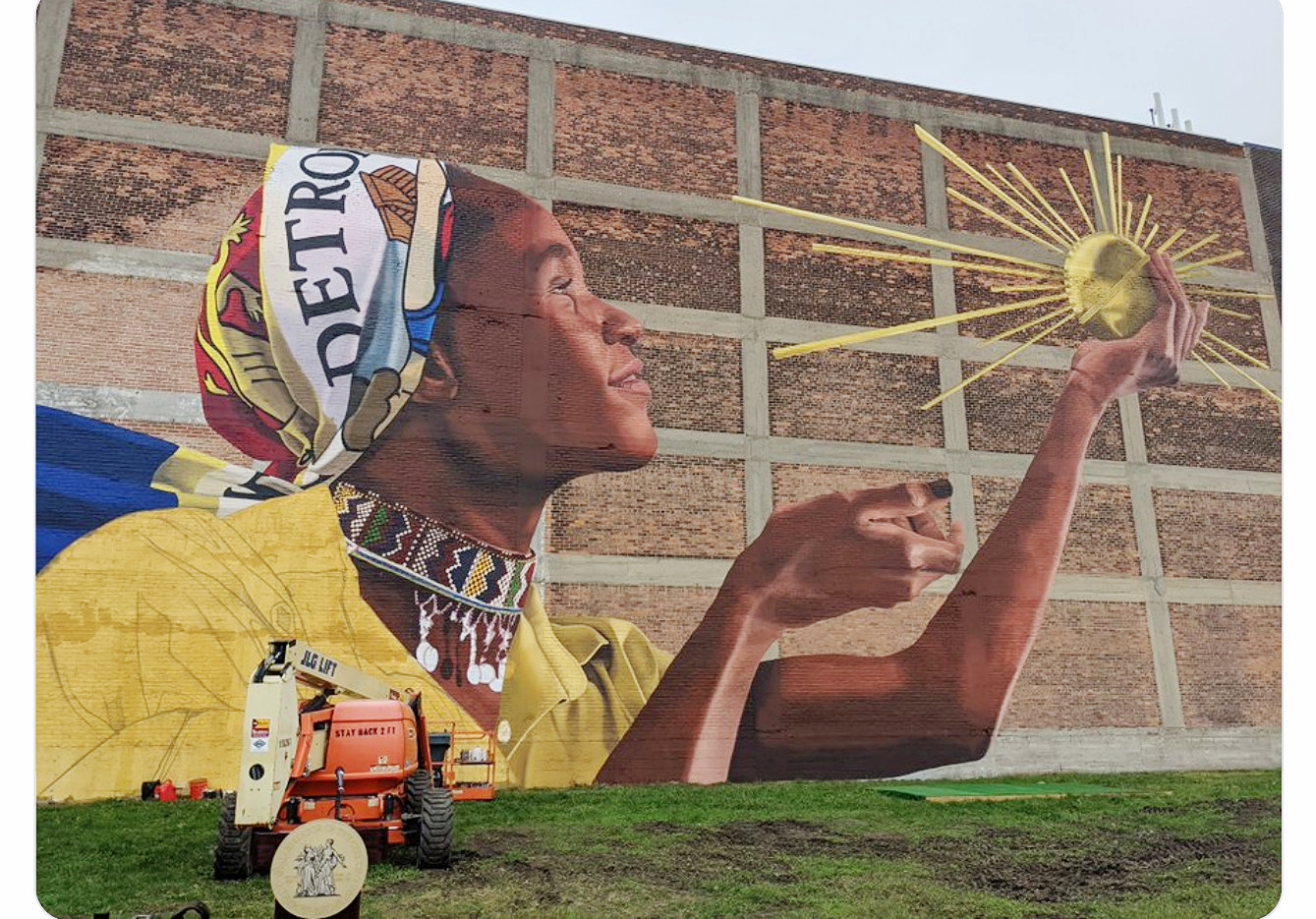 "The Spirit," a new east-side display by 29-year-old Waleed Johnson of Detroit, is the 100th city-sponsored mural. (Photos: City of Detroit) 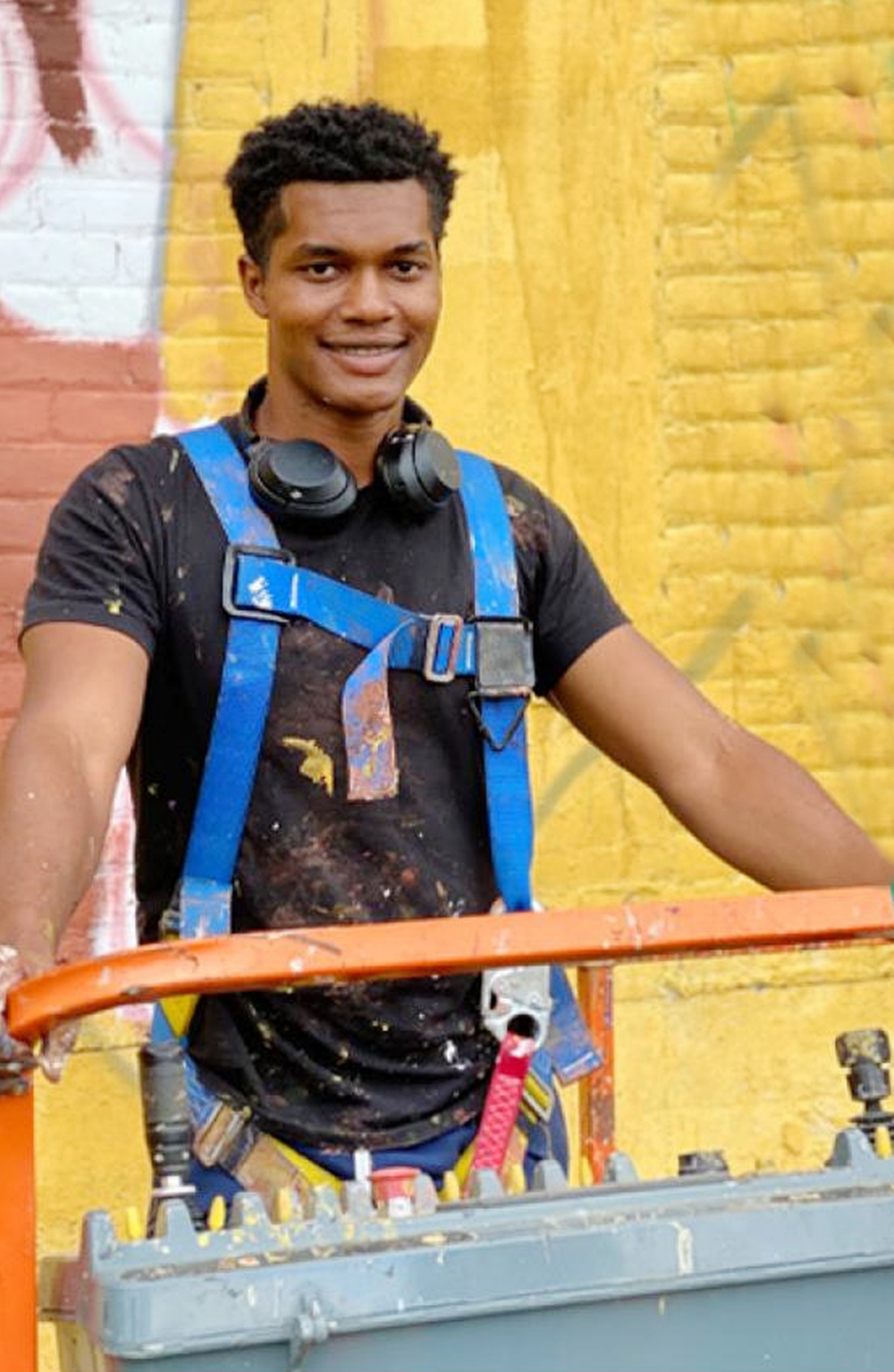 Waleed Johnson: "I've wanted to do something to celebrate the city that made me." (Photos: City of Detroit)

His work at Mack and Van Dyke avenues, "The Spirit," shows a Black woman with the city flag as a head wrap and holding the gold sun and spires of Marshall Fredricks' "Spirit of Detroit" statue (above). "For years I've wanted to do something to celebrate the city that made me who I am," Johnson, 29, says in a city media release.

The mayor's office marks the 100th mural achievement by posting some earlier street art it commissioned (below). What began "as a pilot [program] to replace graffiti-covered viaducts and vacant building walls with beautiful murals ... has grown into a full-scale beautification program," the announcement says.

The program's goals are to highlight the values and identity of the communities where artwork is created, empower Detroit artists, and provide a positive cost-benefit to the public via art versus the cost of blight remediation. ...

"Many Detroiters probably enjoy these murals without realizing they've been commissioned by the city," the mayor is quoted as saying.

Fifteen murals are planned this fall, including at five recreation centers and Palmer Park's Detroit Exploration and Nature Center. 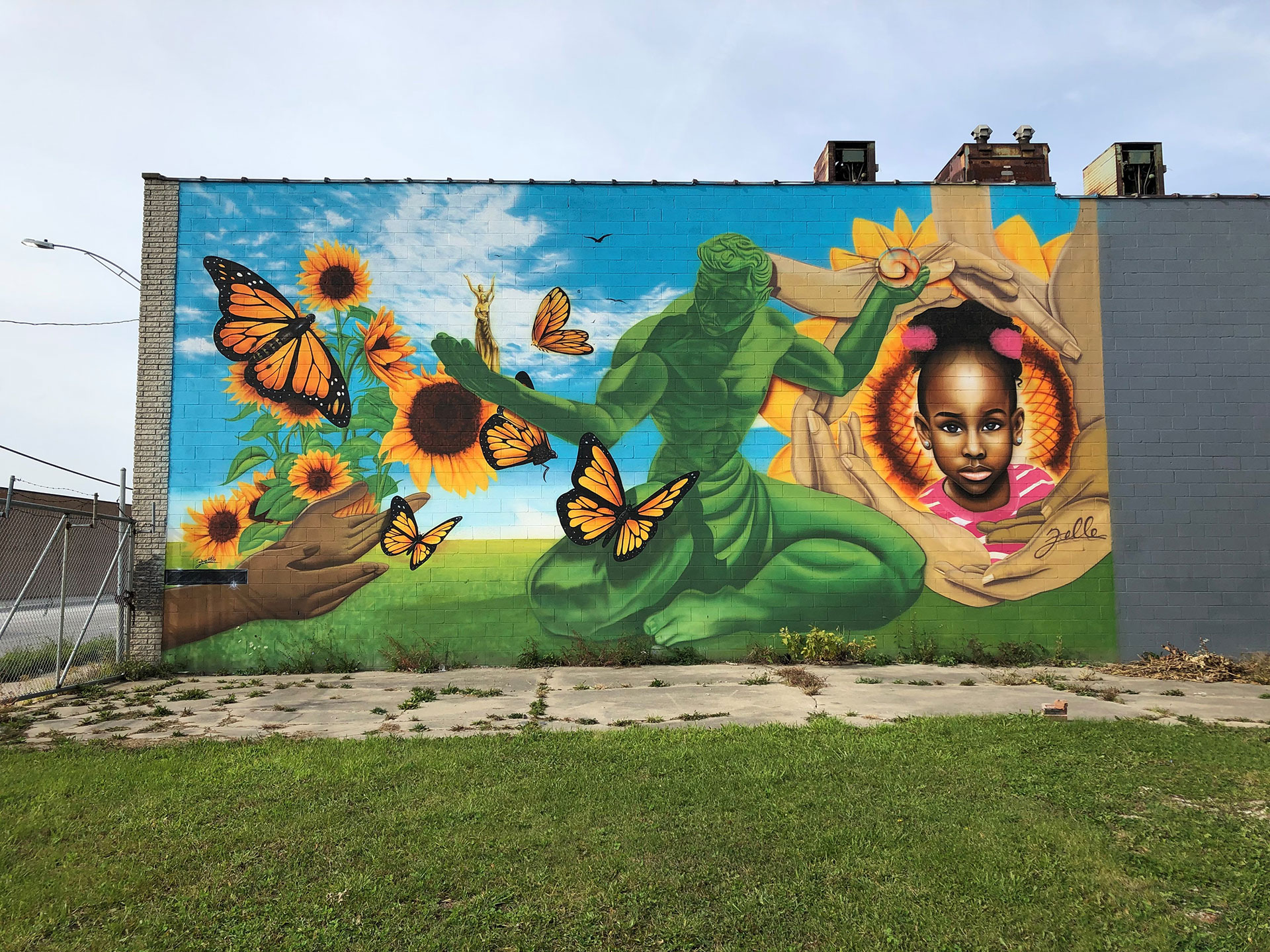 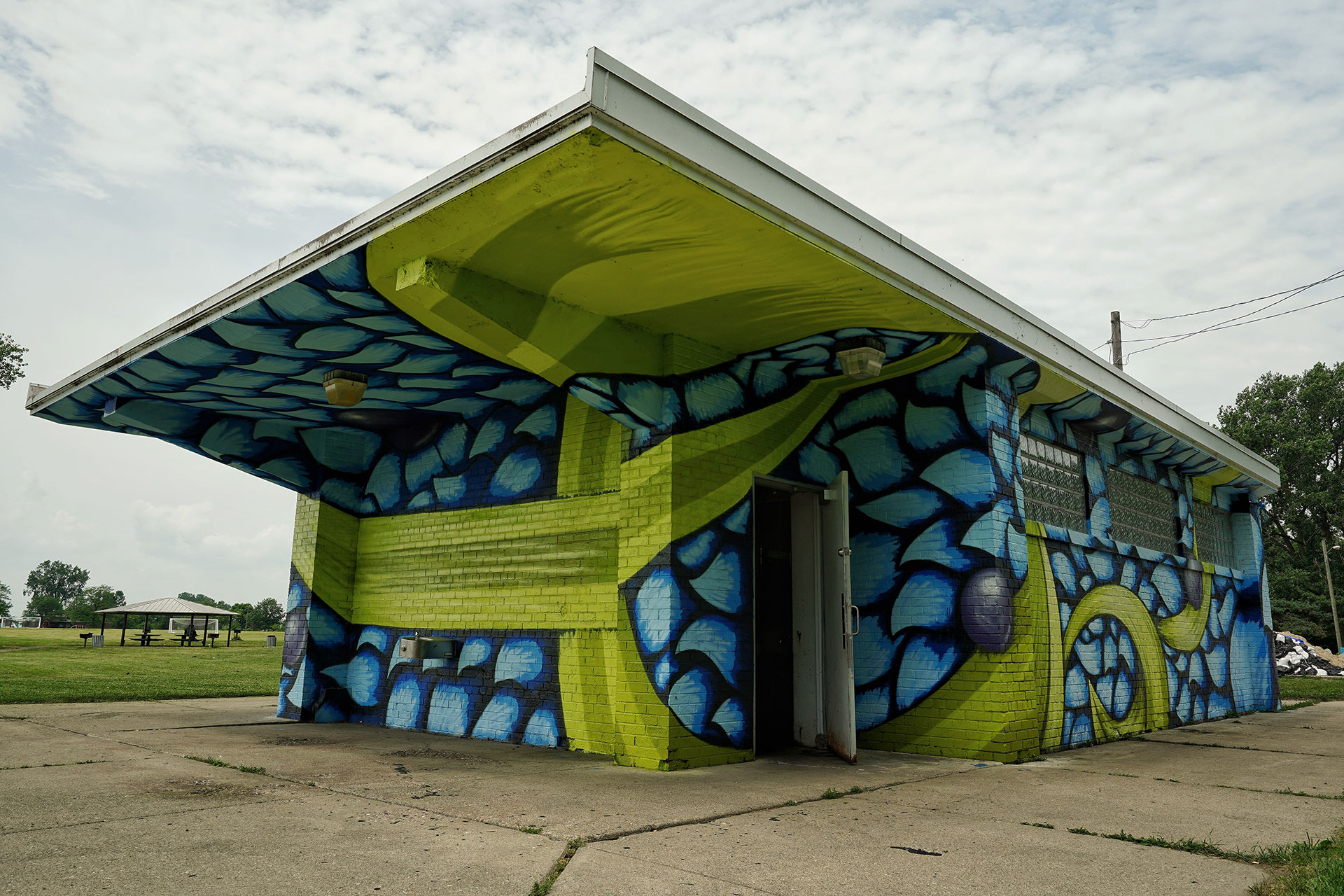 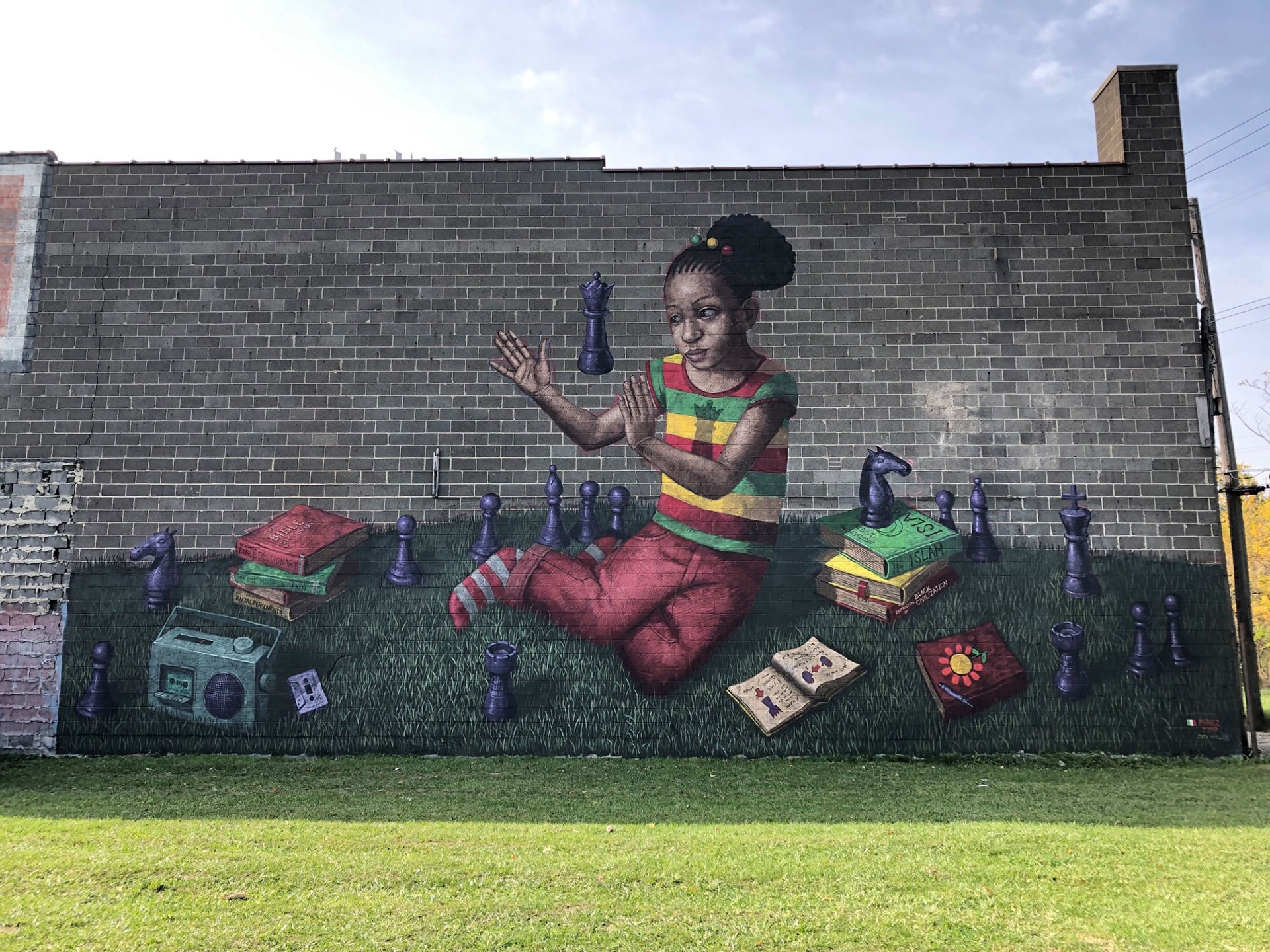 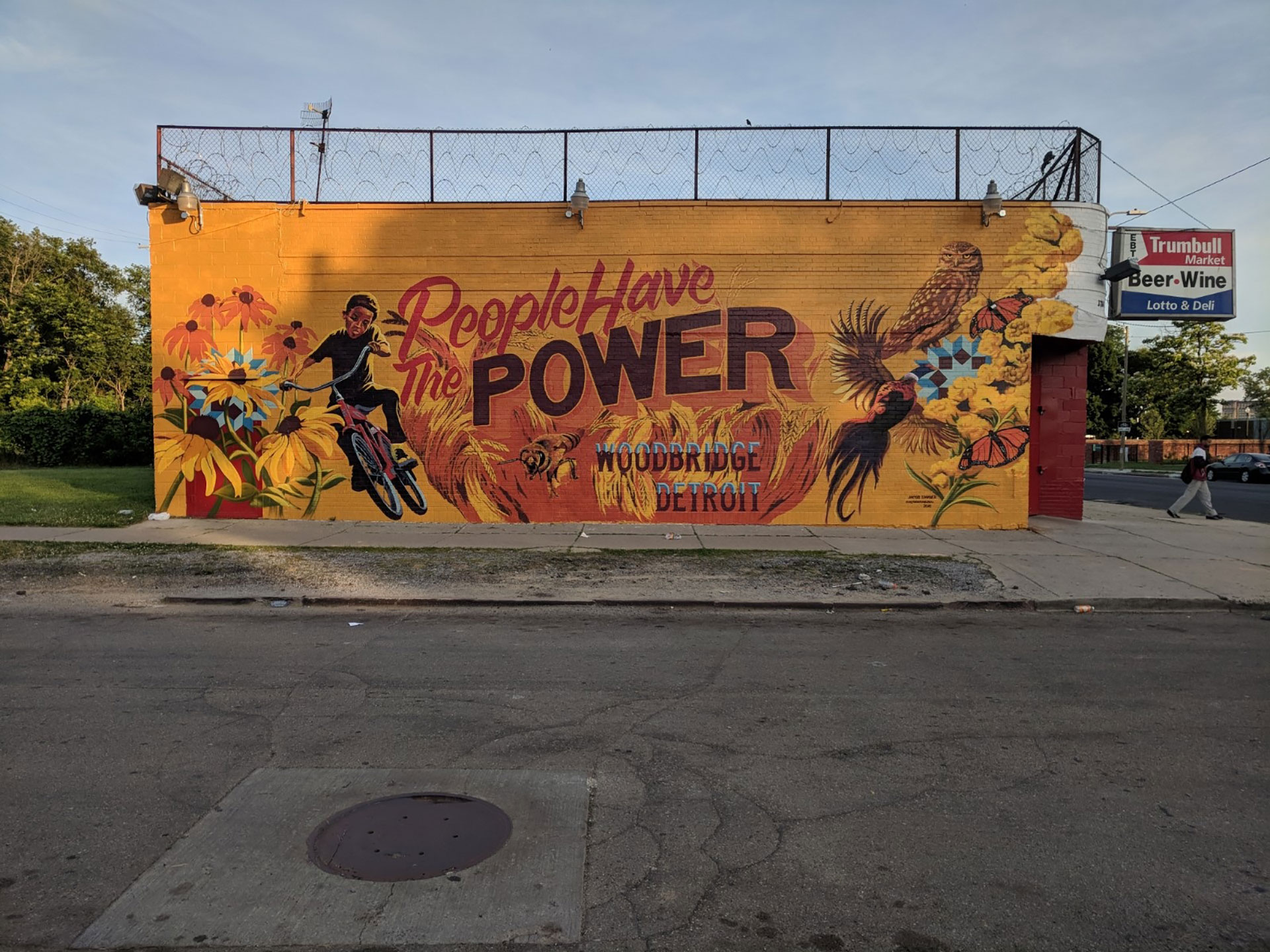 Artist: Jake Dwyer, "People Have the Power", 3714 Trumbull in Woodbridge 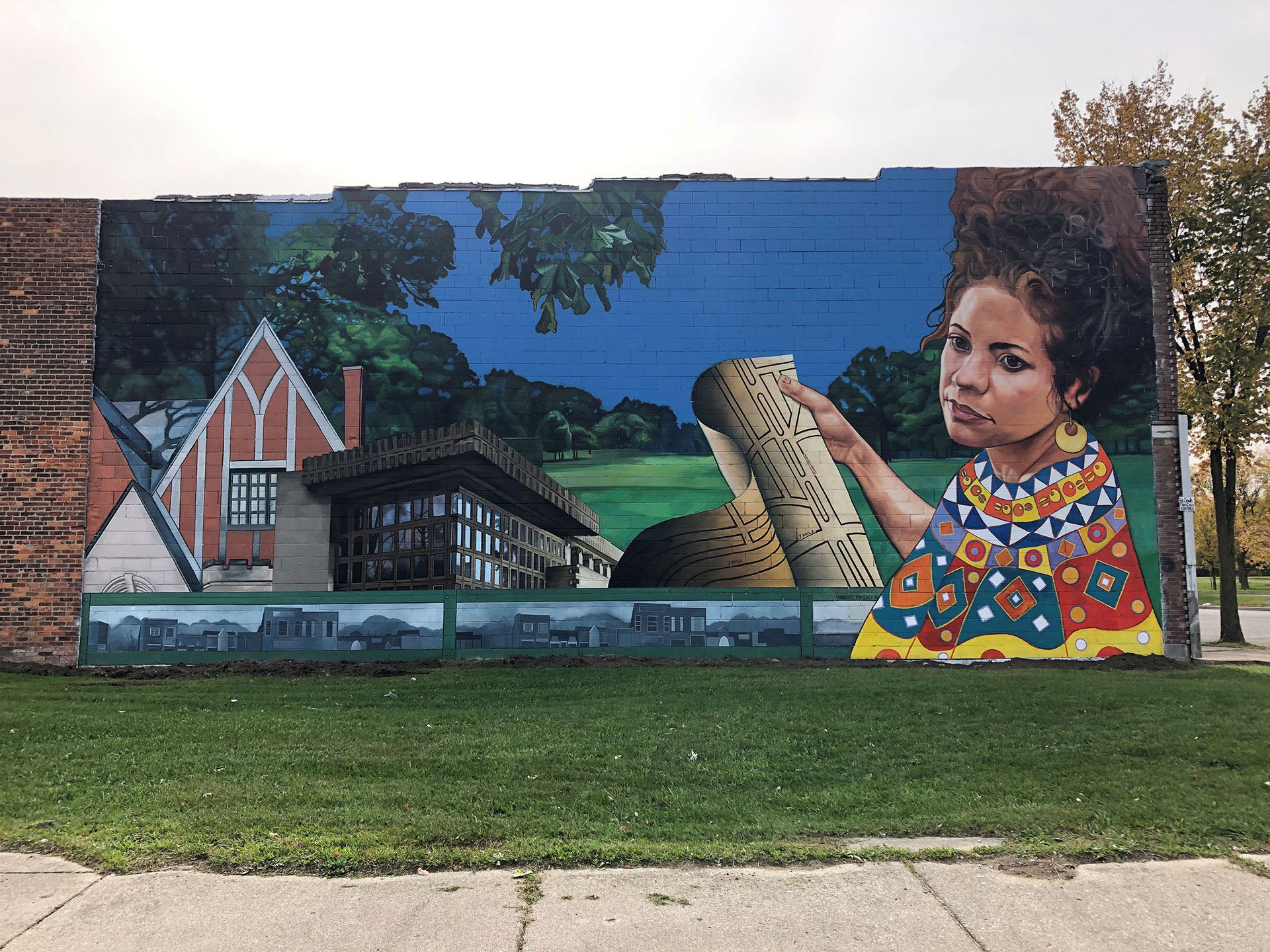 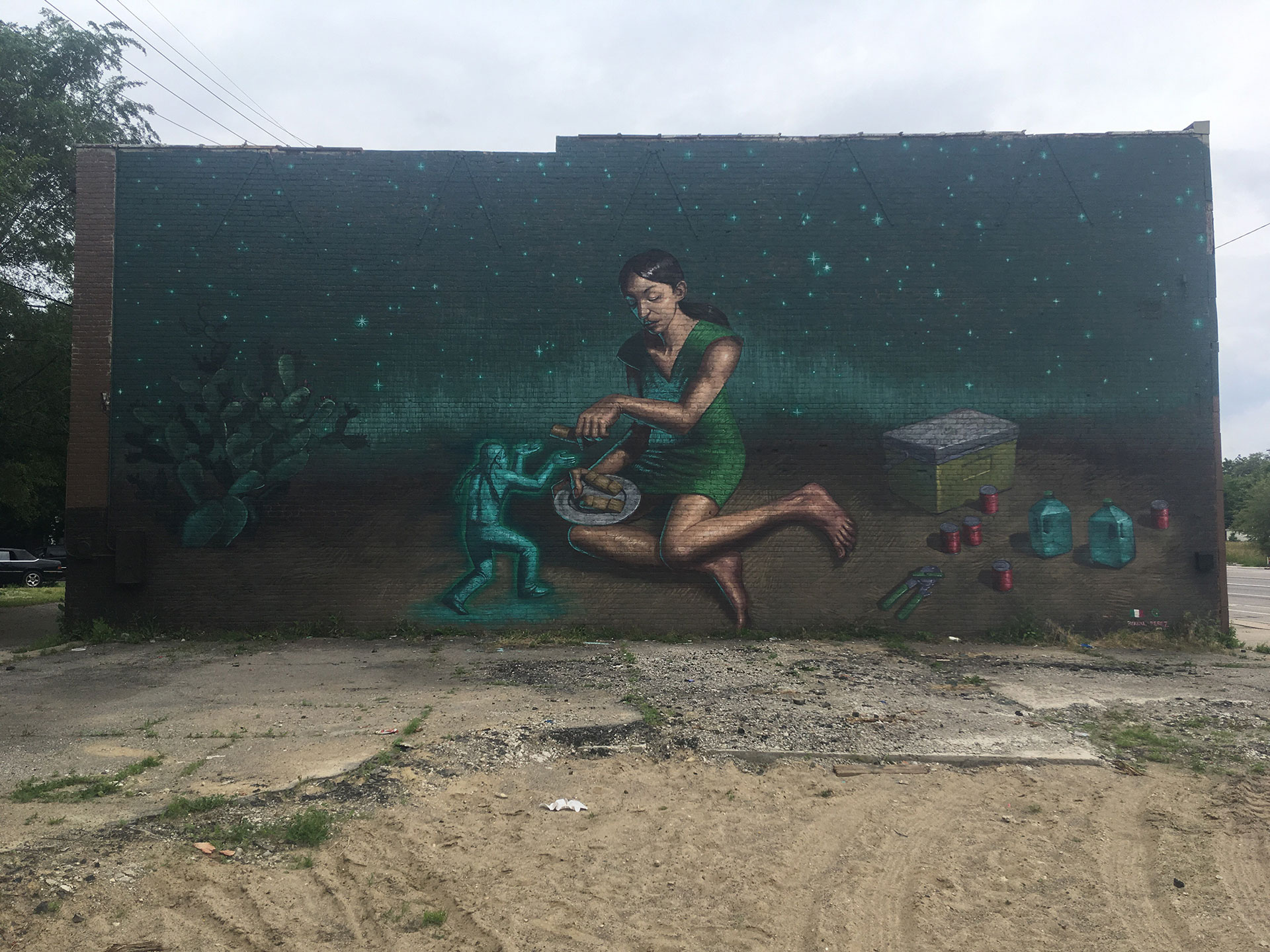 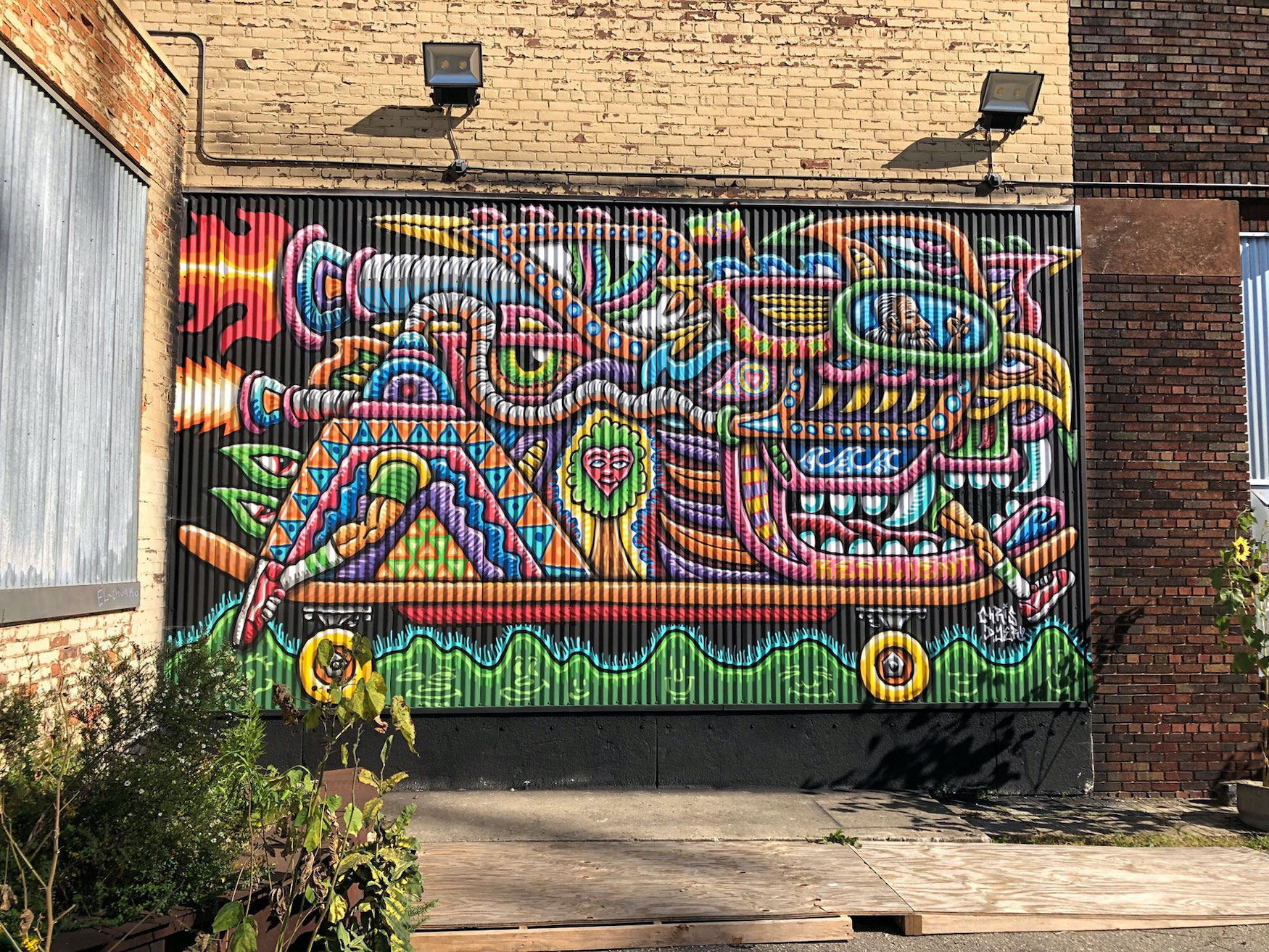 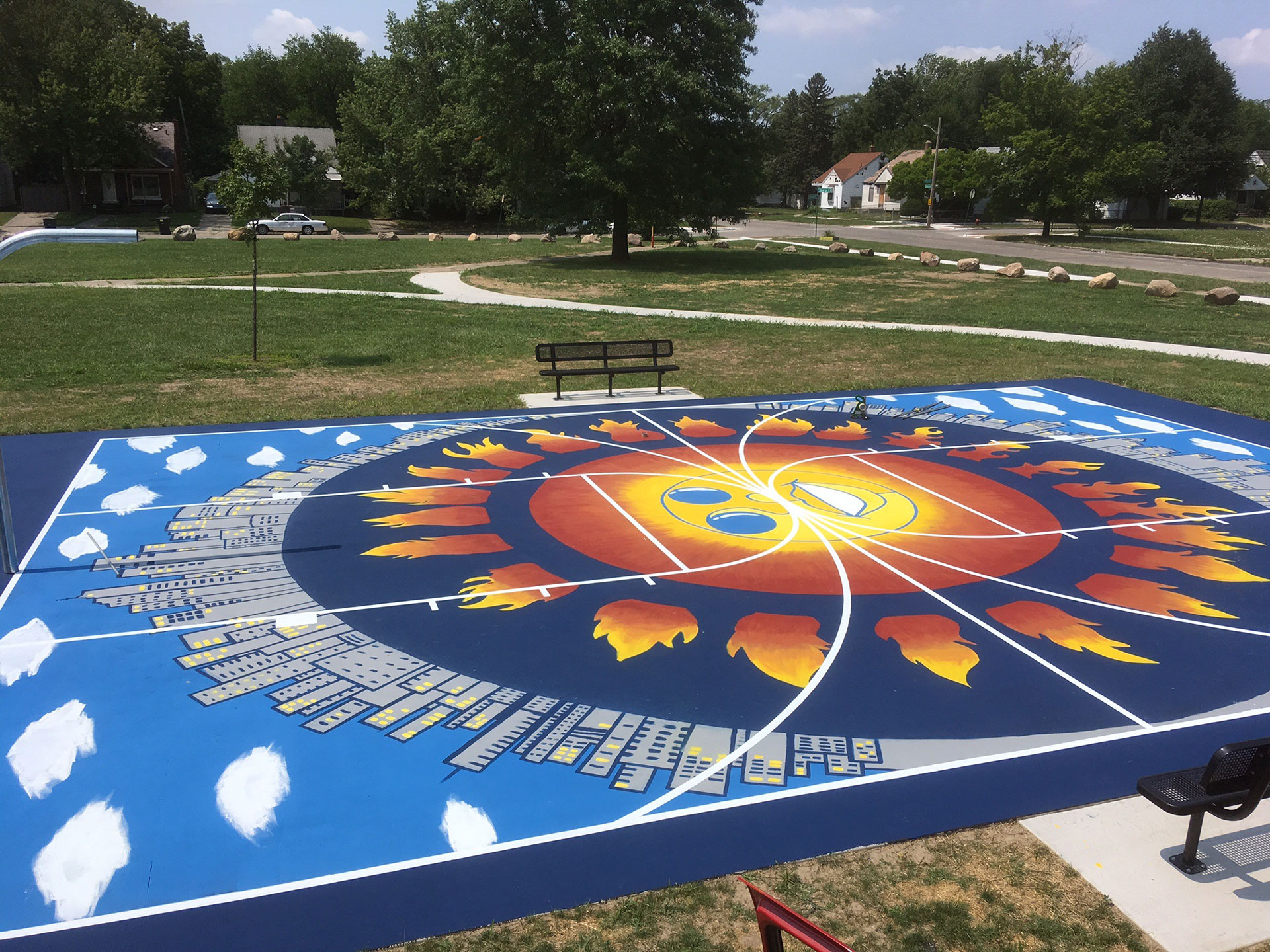 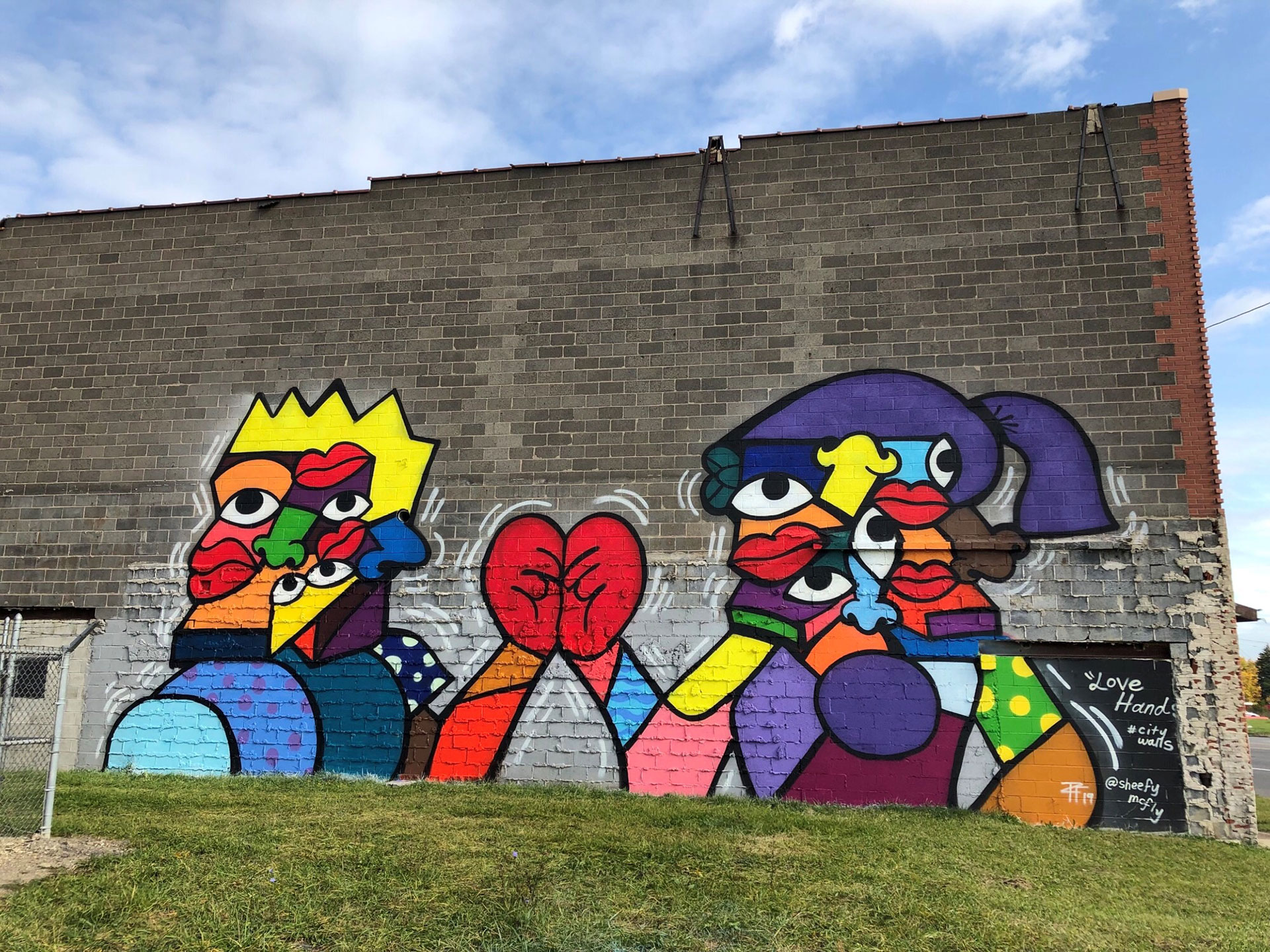 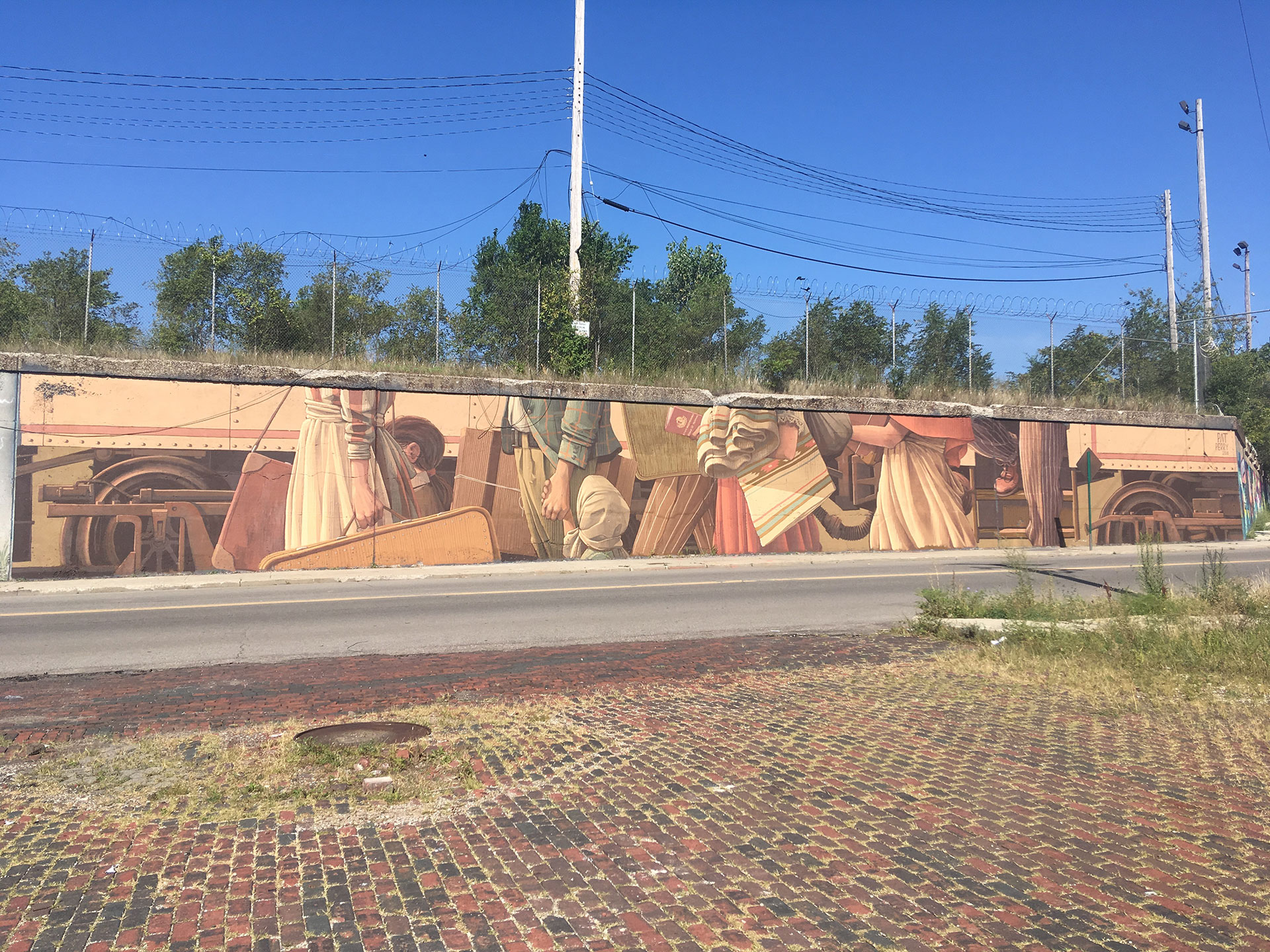 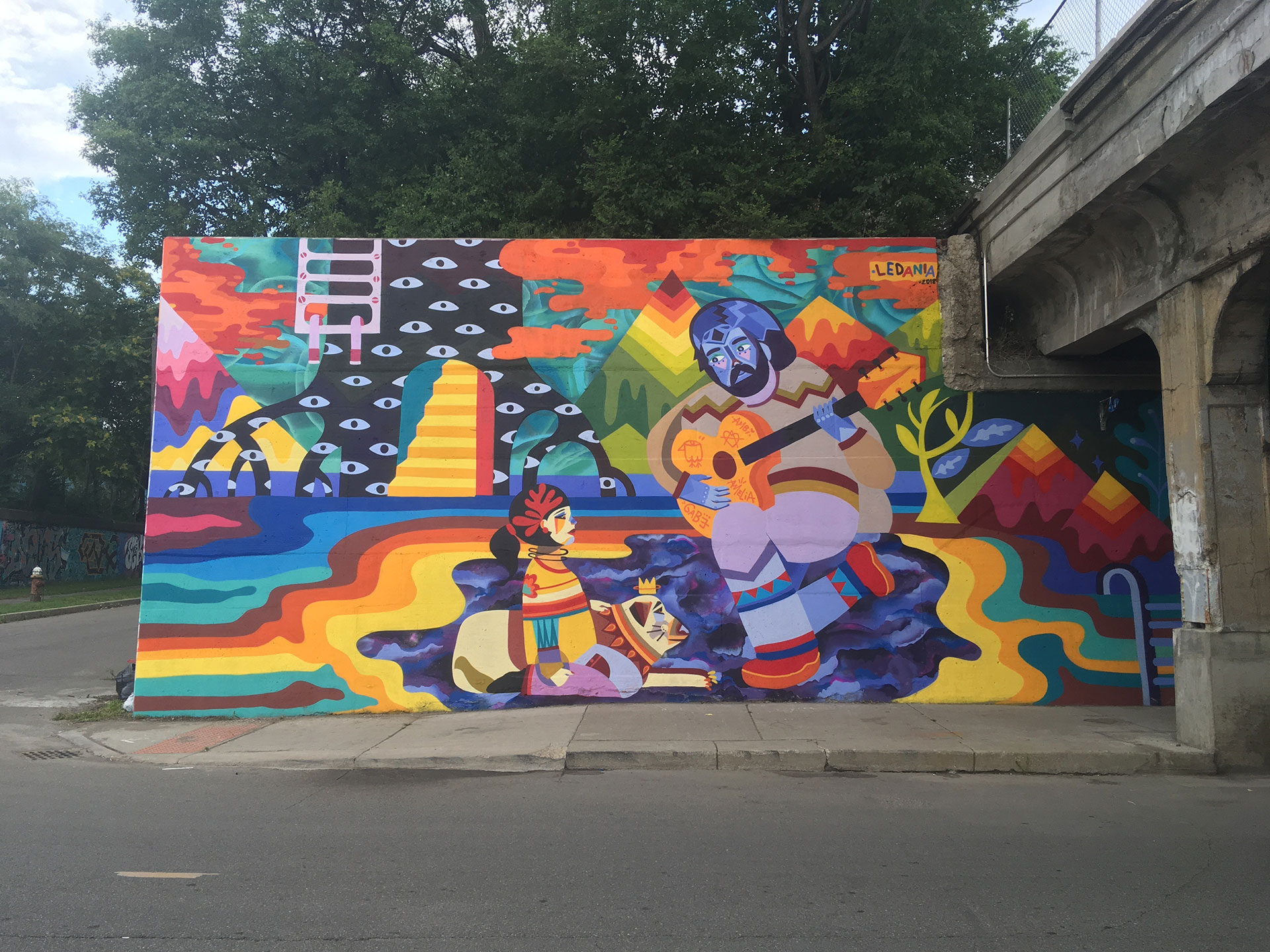 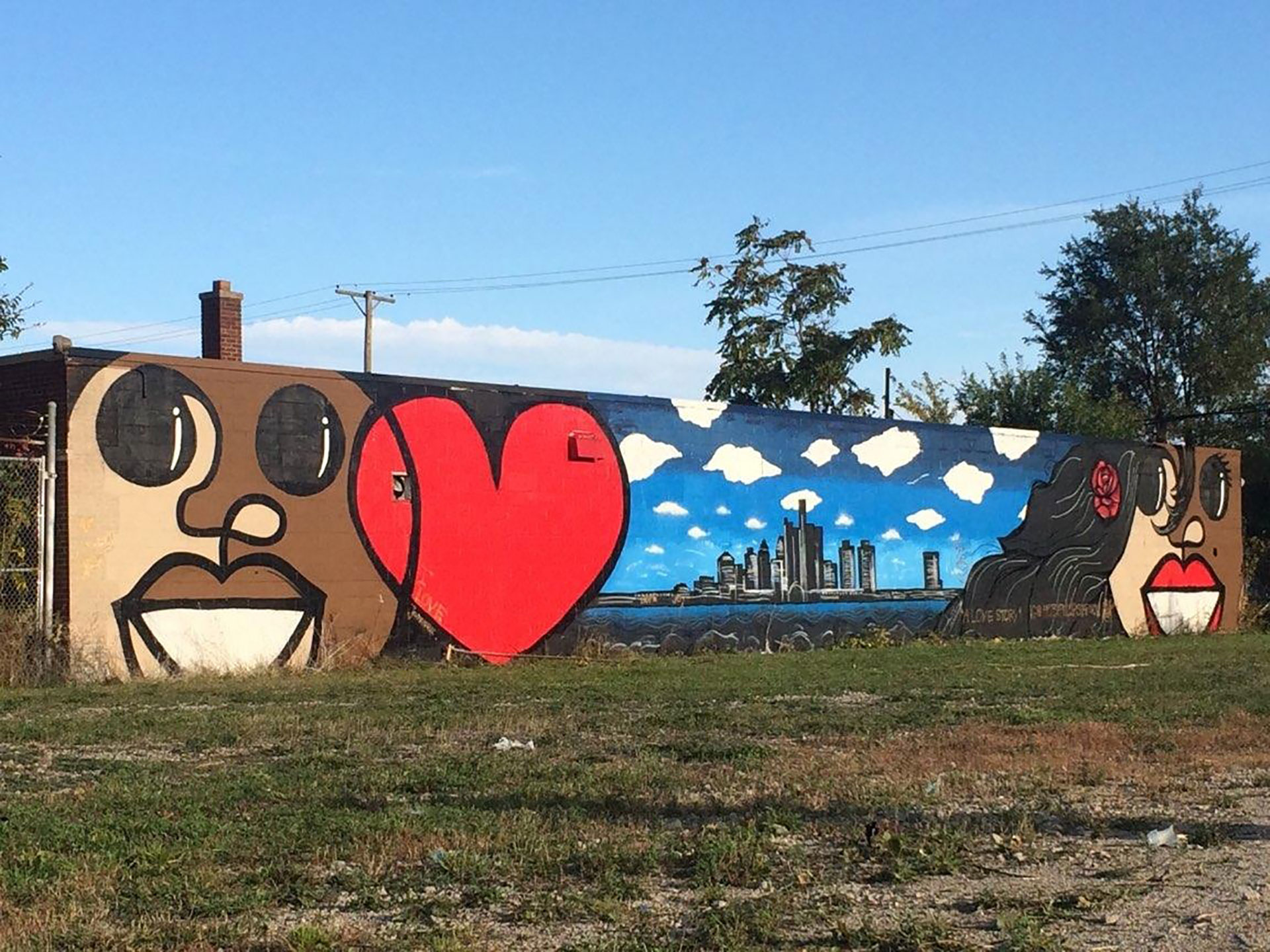 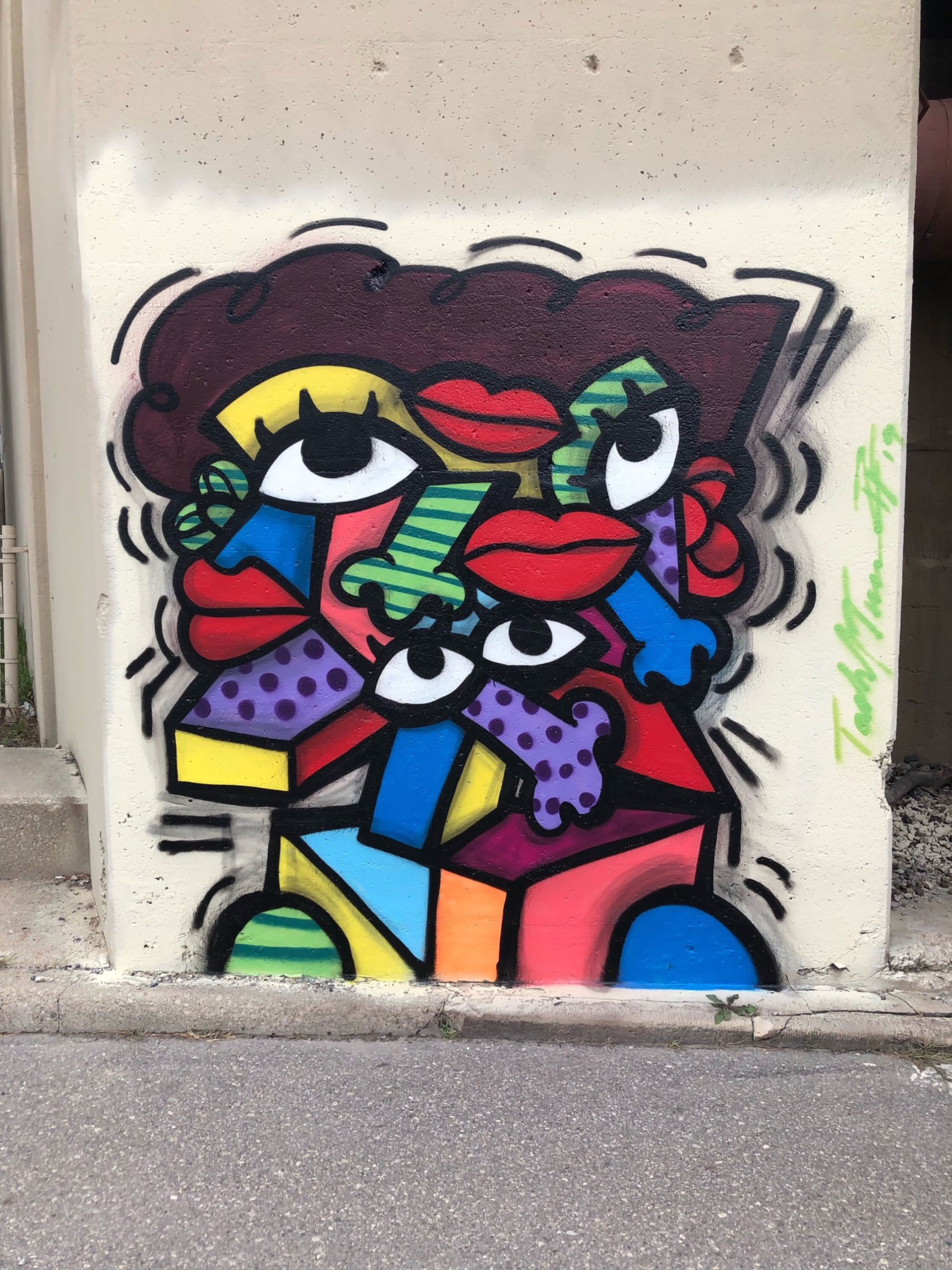 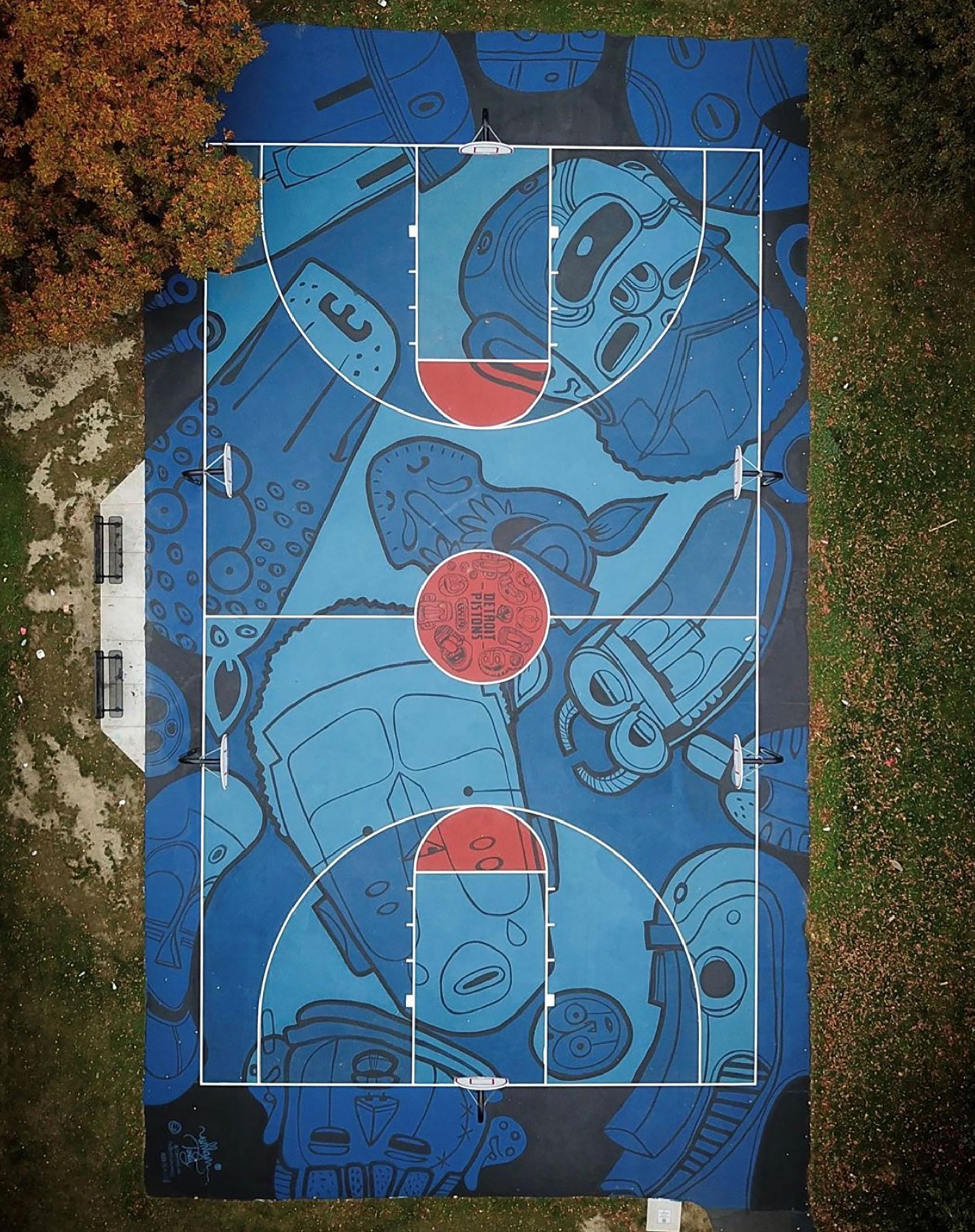 Artist: Tony Whlgn, "Something from Nothing", Tolan Park with Detroit Pistons 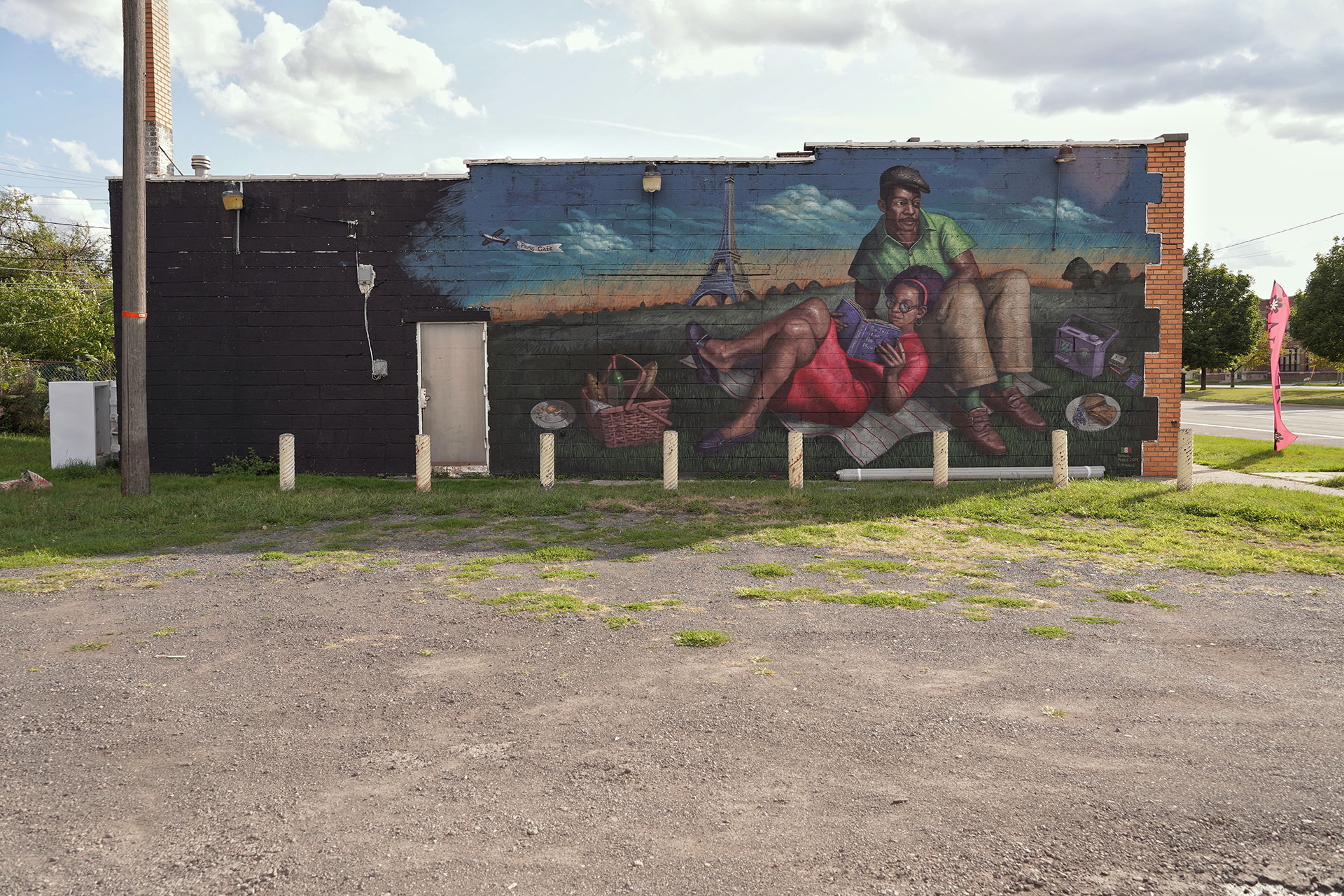