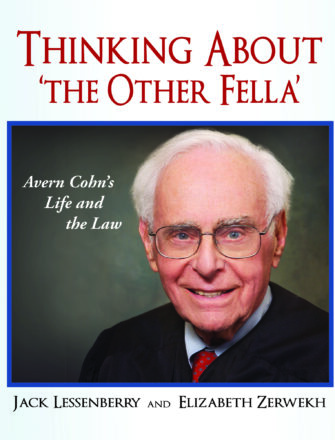 He was considered one of the top intellects on the Detroit bench. A voracious reader, he could be fiery, but also compassionate and reasonable in sentencing. Appointed by President Jimmy Carter in 1979, Cohn retired in 2019.

Earlier this month, Cohn, 97, celebrated the launching of a biography "Thinking About 'The Other Fella': Avern Cohn’s Life and the Law." The book is written by Jack Lessenberry and Elizabeth Zerwekh.

Lessenberry describes the book as part biography and part anthology. “Sort of an Avern Cohn compendium,” Lessenberry says, according to the Detroit Jewish News:

The book includes biographical sketches and articles written about the judge, as well as a rigorous examination of a dozen or so of his most important cases.