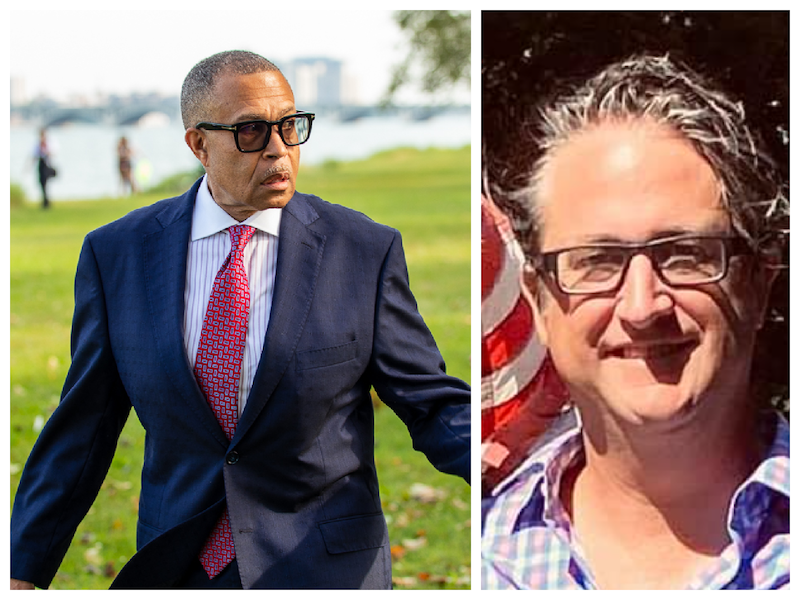 Every captain of a ship seems to know what former Detroit Police Chief James E. Craig does not: Get rid of the rodents before the boat starts sinking.

Now comes the inevitable: John Patrick Yob, chief architect of Craig's struggling run for governor, has resigned. Yob quit the Craig campaign over the weekend. Monday, the news was leaked to the media.

The Craig camp on Wednesday tried to put a good face on things.

“We thank John and wish him nothing but the best,” said Ted Goodman, campaign spokesman. “The momentum remains behind the chief.”

Word was percolating around the Republican water cooler for weeks that Yob was courting potential challengers to Craig even as he was still taking a check from the 2022 candidate. I'm told Yob was concerned the ex-chief might have not moved to the right enough, was unwilling to work a room the way an eager candidate should and blew his Florida meeting in September with ex-President Trump, who has yet to endorse a gubernatorial candidate.

Yob did not respond to multiple calls over multiple weeks seeking comment.

His departure is a humiliation for Craig, to be sure. Think about it: The guy standing next to Craig is telling the world he doesn't think Craig has what it takes to get to the finish line.

But if you're Craig, there is a silver lining. Remember, Yob is the guy who tried to spin the disastrous rollout of the Craig campaign, where he was chased off Belle Isle by a howlling gaggle of protestors.

Craig told me after the Belle Isle debacle that he was unhappy with his staff, that the failed stunt made him look weak. He promised heads were going to roll. But he never swung the sword.

Today, Craig finds himself as the one who's been fired.

► Support our commentary and reporting by becoming a Deadline Detroit member for as little as $3 per month.