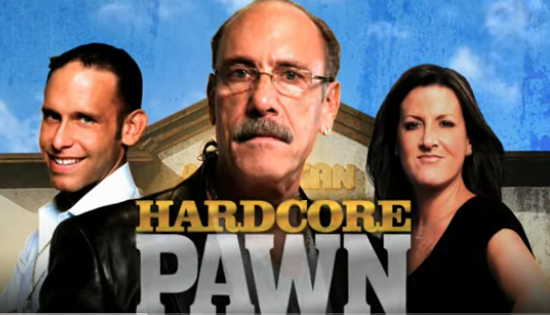 Ashley Gold starred with her brother and father in "Hardcore Pawn," a popular reality show which ran from 2009-15 on truTV. The series captured the everyday goings-on -- drama and all -- at the family pawnshop, American Jewelry and Loan on Greenfield in Detroit. The fan base spread beyond the U.S. to include Europe and Africa.

In 2015, the Bloomfield Township resident struck out on her own with an online women's jewelry business. First it was called Pawn Chick Shopping, but she later rebranded as AshleyGold.com. She produces stainless steel and sterling silver necklaces, bracelets, earrings, rings and mask chains that are sold retail and wholesale around the world.

Gold talks to Deadline Detroit about the taping of Hardcore Pawn, her relationship with her family and her business. (Customers can use the code DETROIT for a 20-percent discount on Thursday).

Watch the interview below.