Lawyers for five men charged in a 2020 plot to kidnap Gov. Gretchen Whitmer are accusing the FBI of "egregious overreaching" in making a case, and are asking a federal judge to dismiss the charges. 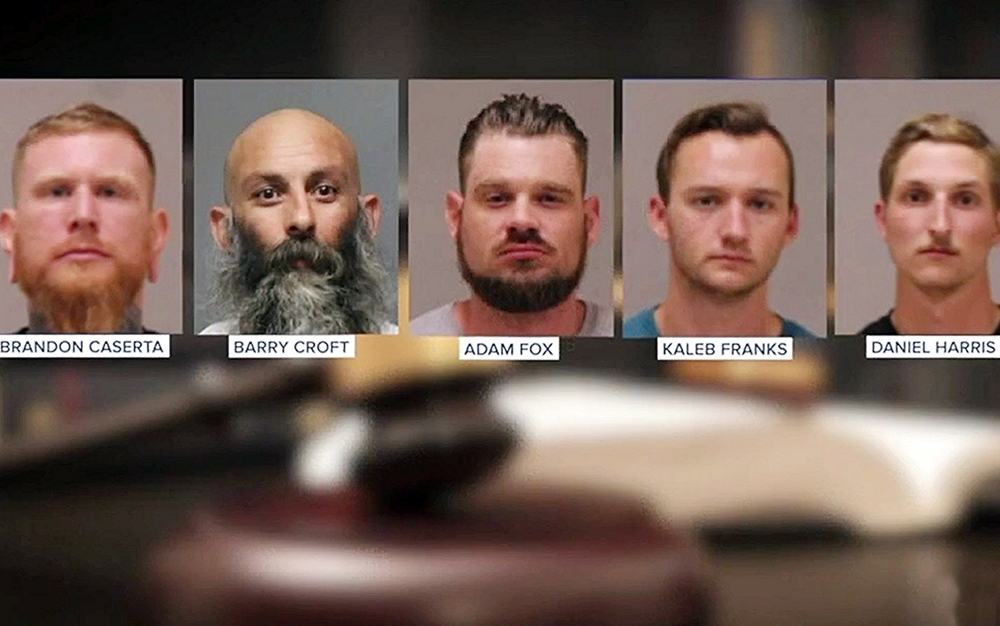 "The key to the government’s plan was to turn general discontent with Governor Whitmer’s Covid-19 restrictions into a crime that could be prosecuted," the defense lawyers write in a Christmas Day filing in U.S. District Court in Grand Rapids. "The government picked what it knew would be a sensational charge: conspiracy to kidnap the governor. When the government was faced with evidence showing that the defendants had no interest in a kidnapping plot, it refused to accept failure and continued to push its plan."

"Eventually, the government initiated this case, despite the fact that it knew there was no plan to kidnap, no operational plan, and no details about how a kidnapping would occur or what would happen afterward.

"The facts show that there was no conspiracy. In the alternative, because the government overreached and committed serious acts of misconduct against defendants who had repudiated the government’s suggested wrongdoing, the defense can establish entrapment as a matter of law."

On Oct. 6, 2020, in the heat of a contentious presidential race, and during the ongoing controversy over Covid restrictions in Michigan, the government filed conspiracy to kidnap charges against Kaleb Franks, Brandon Caserta, Adam Dean Fox, Daniel Harris and Barry Croft.

Ty Garbin, 26, of Hartland Township, the sixth defendant case, pleaded guilty and was sentenced in August to six years and three months in federal prison.

Since the filing, the government has faced embarrassments.

The top FBI agent on the case, Richard Trask, was charged with beating his wife after they came home from a swingers party. He was fired and later convicted of a misdemeanor. Additionally, informant Stephen Robeson was dropped by the FBI after he was caught illegally possessing a sniper rifle.

The latest court filing was first reported by The Detroit News.

The defense team, in its argument of entrapment, writes:

"The Sixth Circuit has been clear: 'no conviction may be had against one who was induced by the government to commit a crime unless the government proves, beyond a reasonable doubt, that the defendant was predisposed to commit that crime.'"

In conclusion, the lawyers allege a “patently clear absence of predisposition” to commit the criminal acts.