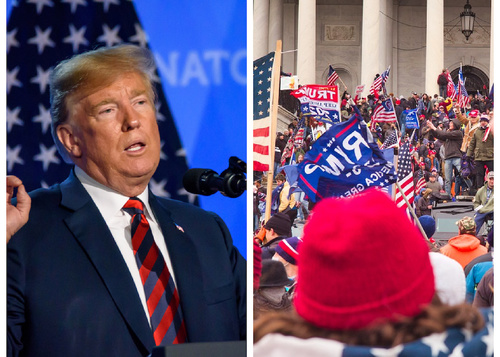 The writer, an FBI agent for 31 years, retired as resident agent in charge of the Ann Arbor office in 2006. He has a degree from the University of Nebraska College of Law and is author of a recently released book, "FBI Case Files Michigan: Tales of a G-Man."

Last February after former President Trump was acquitted of impeachment charges for inciting an insurrection, I wrote a column making a case for criminally prosecuting him.

Since then time, a bipartisan House committee has conducted a detailed investigation regarding the U.S. Capitol insurrection a year ago last week. The Department of Justice and the FBI have charged over 700 individuals for various criminal acts while participating in efforts to block transfer of power to President Biden.

Many of those individuals went to the Capital to "stop the steal" -- to stop Congress from certifying electoral votes submitted by the states. Over 100 officers were injured, the Capitol was breached and property was destroyed. Threats to hang the vice-president were voiced. That is what they believed Trump told them to do. 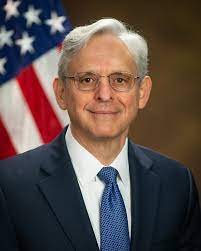 Attorney General Merrick Garland: "We will follow the facts."

Attorney General Merrick Garland said last week on the eve of the one-year anniversary: "The Justice Department remains committed to holding all Jan. 6 perpetrators, at any level, accountable under law, whether they were present that day or were otherwise criminally responsible for the assault on our democracy. We will follow the facts wherever they lead."

What follows is updated and revised version of my column from last February.

Many aspects of the impeachment process are foreign to me, but during my FBI career, I investigated and helped prosecute many diverse federal crimes -- though not sedition or insurrection. I wondered if the incitement of insurrection charge against former President Trump could be prosecuted criminally, and if there had been analogous prosecutions.

In August 1969, on successive nights, seven people were murdered in Los Angeles. Five died at the home of film director Roman Polanski and his actress wife Sharon Tate. Polanski was out of town but Tate, who was pregnant, and four friends were brutally murdered. The following night, Leno and Rosemary LaBlanca were stabbed to death in their home.

Initially there was no connection made between the murders on successive nights. But the crime scenes were both horrific. The principal weapons used were knives. The scenes were very bloody and there was graffiti on the walls, written with blood, including the words “Helter Skelter.” 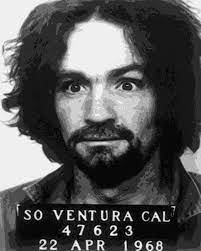 Ultimately the murders were linked and dubbed the Manson Family murders. Four members of the Manson Family, three women and one man, along with Manson, were charged with first-degree murder and conspiracy to commit murder. (The other male, Charles “Tex” Watson, was convicted separately.)

At trial, which lasted nine and a half months, no evidence was presented that Manson participated in the murders or ever instructed any of the defendants to murder any of the victims. (Manson stayed at the Spahn ranch, where his “family” had established a commune, during the first night of the murder spree.) Manson was a charismatic leader of the cult and preached an eclectic philosophy grounded in white supremacy and from various sources – principally from his reading of the Book of Revelations that he believed foretold the coming of the Beatles. Manson told his followers that the Beatles’ song “Helter Skelter” denoted acts of mayhem and violence that would bring on an apocalyptic race war.

The murders were meant to be attributed to Blacks and precipitate the race war. The three women and Manson were convicted of first-degree murder and conspiracy to commit murder despite there being no evidence of Manson directly ordering the violence. The prosecution contended his convincing the cult of his bizarre philosophy constituted an overt act that propelled the conspiracy.

This is obviously an imperfect analogy as to what Trump did up to and following the election, which ultimately culminated in the insurrection at the U.S. Capitol. But Trump does seem to be a cult leader, with a significantly larger cult than Manson’s. 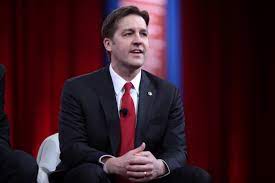 A certain segment of his supporters has unquestioning loyalty. Sen. Ben Sasse, R-Neb., characterized it this way: “Politics is not about the weird worship of one dude.”

Trump, since the beginning of his re-election campaign, had preached that mail-in balloting is inherently fraudulent, and if he were to lose, it could only because the election was “rigged.”

Trump did lose the election, by about 7 million votes and 306-232 electoral votes. Despite the results, Trump claimed that he had won the election, that it had been stolen from him due to massive fraud – the “Big Lie.”

No proof of substantial election fraud has been produced by Trump or any supporters. In addition to lying, Trump has refused to denounce the white nationalist militia groups and QAnon conspiracy aficionados – conspiracies that are every bit as loony as anything Manson dreamed up. These groups were well-represented among the insurrectionists who visited so much violence on the Capitol and its defenders.

Rep. Jamie Raskin, one the House managers prosecuting the impeachment trial, summed up the cult psychology of both Trump and Manson with a quote from Voltaire: Those who can make you believe absurdities can make you commit atrocities. 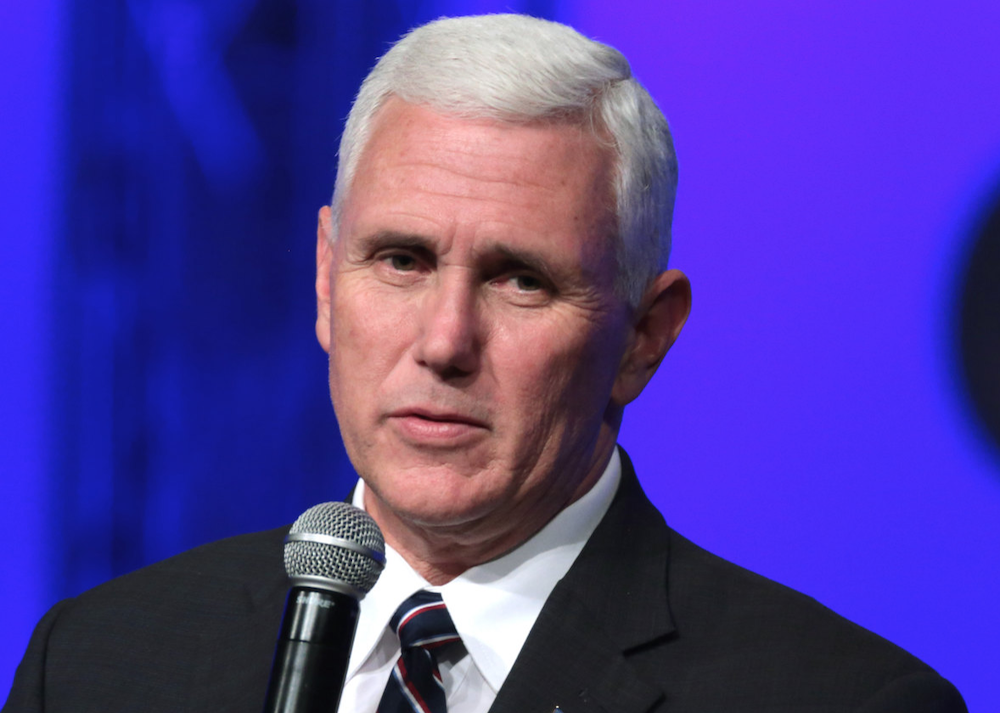 When Trump and his surrogates called for the “Stop the Steal” rally Jan. 6, it was becoming clear that it was a last-ditch effort to delay finalization of the election. Congress would certify the states’ electoral votes that day, and Vice President Mike Pence would preside.

Trump had been trying to persuade Pence to disqualify the votes from some states where voting had been close but were carried by Joe Biden. Pence had told Trump that he had no constitutional authority to disqualify electoral votes. Trump reportedly told Pence, You can either go down in history as a patriot or you can go down in history as a pussy.

At the rally, several speakers warmed up the crowd with bellicose language. Rudy Giuliani told the crowd: There needed to be a trial by combat. When Trump took the stage, he thanked and praised the previous speakers, specifically naming Giuliani and in effect, endorsing their message.

Trump’s speech was also bellicose, with such phrases as: "We fight like hell." He also said: "And if you don’t fight like hell, you’re not going to have a country anymore."

He did temper his rhetoric somewhat, saying they would march to the Capital in a peaceful and patriotic manner. He also said he would march with them. He didn’t. He went back to the White House and watched the insurrection on television. As a former reality TV star, Trump might have thought watching it on TV was the same as being there.

So, did Trump and others intend to incite an insurrection?

Trump had shown he was willing to do anything to avoid relinquishing the presidency. He knew his last chance was to stop or disrupt Congress’ certification of the electoral votes. If that could be achieved by an insurrection at the Capitol, so be it.

Probably the best indication of Trump’s intent was that after learning the Capitol had been breached and Congress members and the vice president were under siege, he made no effort to stop it. Instead, he watched the insurrection on television at the White House. 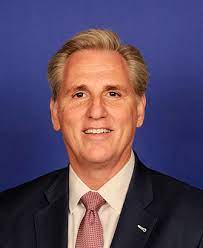 During the uprising, Trump was asked to intercede by several aides, his children, Fox News hosts and members of Congress.

House minority leader Kevin McCarthy called Trump and asked the president to tell the insurrectionists to stop. Trump first replied he had no control over the mob; they were “antifa.” McCarthy said that wasn’t true; they were Trump supporters but in more graphic terms. Trump replied: "Well Kevin, I guess they must care more about the election than you do."

Trump did nothing to quell the insurrection. Finally, after several hours Trump recorded a message to the insurrectionists which ended with Trump telling them: We have to have peace. So go home. We love you. You are very special. That was followed by Trump’s tweet:

"These are the things & events that happen when a sacred landslide election victory is unceremoniously & viciously stripped away from patriots who have been badly & unfairly treated for so long. Go home with love & in peace. Remember this day forever!"

Thanks to the DOJ/FBI investigation and prosecutions many of the participants will not be able to forget that day.

The House committee inquiry continues, as does the DOJ/FBI investigation. The case will get stronger, I believe. And based on the evidence already made public, I think that incitement of an insurrection and/or conspiracy to incite an insurrection are viable, prosecutable offenses that should be pursued against Donald Trump and others.

Trump had sown the wind and reaped the whirlwind.