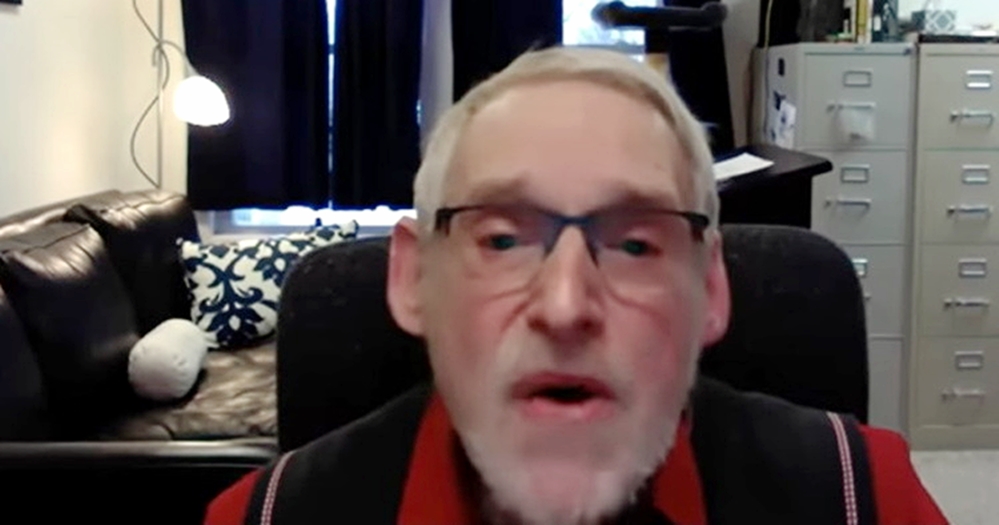 Professor Barry Mehler: "I couldn't give a flying fuck any longer." (Photo: YouTube)

A Ferris State University professor posts about "fighting for academic freedom" as he awaits an investigation over a profanity-filled introductory video sent to 120 students. (It's at the end of this article.)

"It is obvious that my talk has struck a nerve," historian Barry Mehler says on Reddit, posting as "PredestinationProf."

He signals an intent to defend himself. "Letters of support from my students are essential for my case against this arbitrary action. Send them to barrymehler2@gmail.com," he replies to a comment that asks: "What can I do to help you in this situation?"

The professor, who turns 75 in March and already planned to retire by December, says:

The video was scripted and the soliloquies they contained were like the soliloquies one sees in a theatre or movie production. The person on stage might be screaming obscenities at you, but you know it is a performance. It is also the way I have been teaching for over a decade.

I was granted a merit promotion in 2014 based on my teaching method. I was nominated for a Distinguished Teaching Award and was a finalist in the competition.

And this comes in my last year here at Ferris, after more than 30 years of distinguished service both to the university and to the cause of human rights.

His 14-minute "performance" Jan. 9, which he loaded onto YouTube last Sunday, soared from 55,000 viewings Thursday morning to to over 245,000 by Friday afternoon as the situation draws national news coverage.

A Ferris State University history professor was forced onto administrative leave and is under investigation after sending an obscenity-filled video (below) to students this month.

"I was shocked and appalled by this video," President David Eisler says in a statement to Capitol Confidential, a Midland news site. "It is profane, offensive and disturbing and in no way reflects our university or its values."

The faculty member is Barry Mehler, 74, founder and director of Ferris' Institute for the Study of Academic Racism. He "teaches the history of science and the interface between science and racism," the professor posts at LinkedIn.

He was placed on leave Monday by Randy Cagle, dean of the College  of Arts, Sciences and Education.

In the 14-minute video, an introduction to his winter semester course, Mehler calls students "cocksuckers" and says grades will be predetermined by a particular Christian doctrine. He recorded the message Jan. 9 and put it on YouTube last Sunday.

The outspoken educator tells undergraduates he's retiring this year "and I couldn't give a flying fuck any longer." His bizarre rant has more than 55,000 viewings. 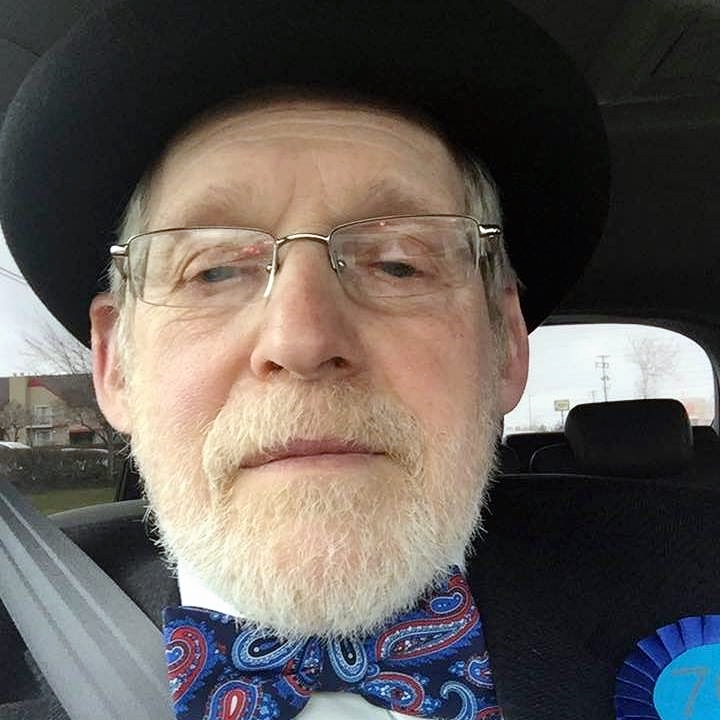 The profane professor: "You people are just vectors of disease to me and I don’t want to be anywhere near you." (Photo: Facebook)

"So I randomly assign grades before the first day of class. I don’t want to know s--- about you. I don’t even want to know your name. I just look at the number and I assign a grade. That is how predestination works. And don’t come f------ complaining to me. Take your complaints to God. He ordained this system, not me." He then goes on to talk about his attendance policy.

... Later in the video, the professor contradicts his profane rant and tells students that all the material they need to get an A grade is available to them online.

Maher says some of what he calls his "soliloquy" comes from the TV show "Deadwood" and is used as an example of plagiarism that could bring expulsion if students use unattributed material in course papers.

He also said as part of his "Deadwood" adaption: "I work in a paid f------ union job and no limber-dick c--ksucker of an administrator is going to tell me how to teach my classes. Because I’m a f------ tenured professor.

"So if you want to go to complain to your dean, f--- you, go ahead, I'm retiring at the end of this year and I couldn't give a flying f--- any longer. You people are just vectors of disease to me and I don't want to be anywhere near you. So keep your f------ distance."

♦ Update: These are among reader comments on a Reddit thread with over 40 comments about this article:

Also, reader Steve Cox tweets: "I occasionally worked with Mahler before I retired from FSU. This is not new info, just recorded for the first time."