LeDuff: Why Do Detroit Cops Have to Pay Parking Fines for Police Cars? 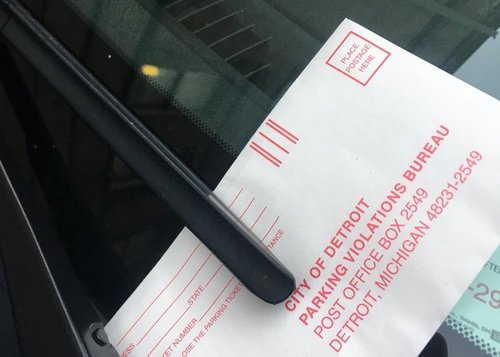 Why must Detroit cops worry about getting ticketed by parking enforcement for expired meters, double parking or being too close to a hydrant?

Why is Mayor Mike Duggan having cops with unmarked or undercover cars ticketed? Why is he making them pay out of their own pockets? Why does the city tow these cars with multiple unpaid tickets when we need all the cops on the street we can get?

P.S. See the response from the Mayor's Office at the end of the column 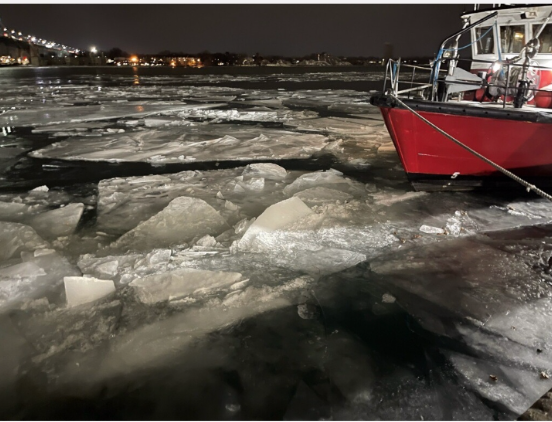 Interim Fire Commissioner Chuck Simms seems like a climate change denier. Somehow the Commish must not believe that the banks of the Detroit River freeze over, only to break up into slabs of frozen concrete.

But there sits the fireboat, still tied to its cleats, exposed to the ice and elements, about to sink. Another few weeks on the water and the hull of the Curtis Randolph is going to crush in on itself like a cheap can of beer.

City Hall should order it dry docked and stored for the winter. If the mayor can't find the funds, just use those parking ticket dollars you gouged from the cops.

The legal geniuses at Attorney General Dana Nessel's office have a major mess on their hands in the Flint water case. Genesee County Circuit Court Judge Elizabeth Kelly earlier this month reaffirmed a November order about screening documents that could prove extremely costly to the state and seriously delay court proceedings that have been dragging on for years. 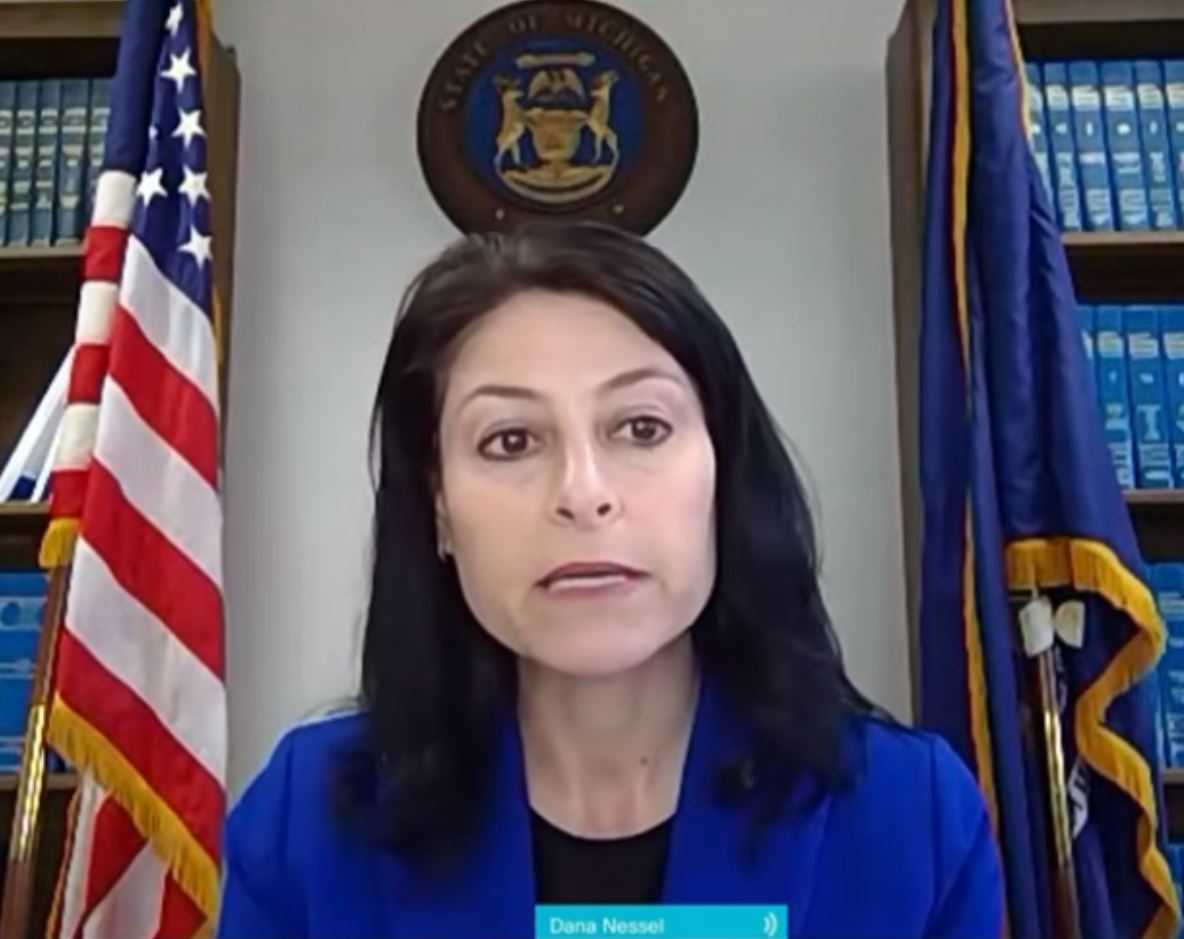 At issue: Nessel's Solicitor General Fadwa Hammoud did not use a “taint team” when her office subpoenaed documents and passed them around to prosecutors and defense lawyers. A taint team is a third party that pores through documents making sure they are not part of confidential communications between lawyers and clients.

Judge Kelly first ruled ast November that Hammoud's prosecutors must go back and review nearly 20 million documents with a taint team. Hammoud argues that it would take years and tens of millions of dollars. Nessel's office on Tuesday filed a motion asking the judge to put a hold on the taint team order while it appeals the ruling.

Last month, investigative reporter Jordan Chariton and I reported in The Guardian that Nessel's team decided not to pursue financial racketeering charges against the architects of the Flint water scandal that they had inherited from the predecessors. 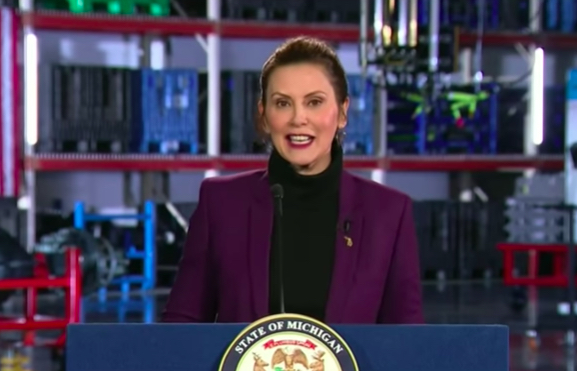 Gov. Gretchen Whitmer loves to travel. Never mind if it's in the middle of a Covid surge. She did it for the Biden inauguration (on a private jet). She did it to see her sick father in Florida (on the private plane). And now there is Golden State-gate.

It turns out Madam Governor took a campaign fundraising swing through California last November as Michigan was leading the country in a surge of Covid cases and deaths.

You may remember, that was when President Biden was in Detroit, hyping the opening of General Motors' new electric vehicle plant in Hamtramck with GM CEO Mary Barra.

Where was Gretch, everyone was asking?

According to recently filed campaign finance statements, Whitmer made a three day, five-stop trip from Los Angeles to San Francisco to Silicon Valley, pulling in a cool $223,550 in donations.

On top of that, the true number of Covid victims in Michigan's nursing homes remains a mystery, while her health director delivers tortured polemics about who actually constitutes a nursing home resident.

You'd expect Whitmer to have serious problems come this November. Except the Republican field is choked with a gaggle of earnest no-names, corporate crazies and political Lilliputians.

Chief has some mansplaining to do 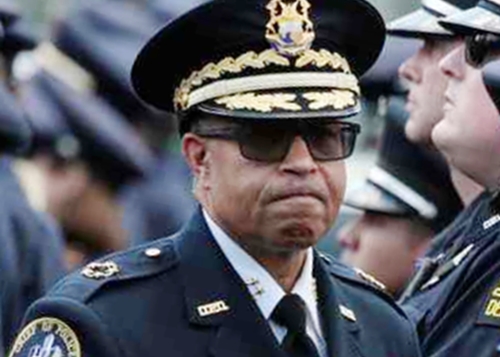 Detroit Police Lt. Willie Duncan was charged last August with raping a fellow officer. So why does is he still listed as being on the job?

Worse, how was Duncan allowed to stay after the first female officer accused him of rape in 2018? That investigation was ultimately closed, but it should have signaled the fog horn to his superior officers.

Duncan had over the past 15 years, discharged his gun four times and had more than 80 abuse claims filed by citizens of Detroit (the average Detroit cop has 8). Duncan also had been reprimanded on numerous occasions for his lack of professionalism and abusive attitude toward citizens.

Again, Duncan's file should have shown any competent commanding officer everything he needed to know.

So why was Duncan promoted to a prestigious assignment by Chief James Craig, just months after the first rape investigation was closed? What is more, the feds are said to be investigating Duncan's behavior in that assignment.

With this sort of leadership no wonder so many people are renting a one-way U-Haul out of here.

Response Friday afternoon from the Mayor's office to police officers' undercover and unmarked cars being ticketed:

It is not the city’s practice to ticket police vehicles. Parking meter attendants have no way of identifying an undercover police vehicle because they have no markings and a "suppressed" plate that looks like a civilian plate.  Even if an unmarked police car with an "x" plate is illegally parked in front of a hydrant or in a handicapped spot, for example, the parking department will call the police department to ask them to move it to avoid writing a ticket.

DPD has a process whereby officers who do receive a parking ticket can submit a memo to attest that they were in the performance of their duties and get the ticket dismissed. Officers do not always avail themselves of that process for whatever reason and pay the ticket themselves.

The parking department says it is not its practice to tow police vehicles and they only request a tow on what they believe to be civilian vehicles that have several unpaid parking tickets."