iHeartMedia Inc. is relocating its six local radio stations from Farmington Hills to Eastern Market, into a still-being-renovated building in the heart of the commercial food district. 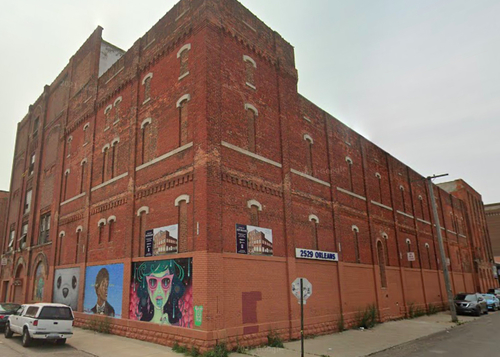 The new home for iHeartMedia Inc. in Detroit (Photo: Google)

From the former Detroit Brewing Co. building currently under renovation at the corner of Orleans and Adelaide streets, iHeartMedia will house radio stations Channel 95.5, 97.9 WJLB,100.3 WNIC, 106.7 WLLZ, Mix 92.3 FM and the Black Information Network on 1130 AM.

Paul Corvino, regional president for iHeartMedia, said Wednesday that shows like Mojo in the Morning (95.5), and personalities like Jay Towers (100.3), Bush Man and Dr. Darrius (97.9), Ya Girl Cheron (92.3), and Doug Podell and Trudi Daniels (106.7) will all work and broadcast out of the building at 2529 Orleans St. Sales, production and other staff will also be housed in the building.

Corvino said: "We're very excited about what's going on and we believe that iHeart and our brands, the No. 1 cluster of radio stations in the Detroit region, should be in the city supporting the city."