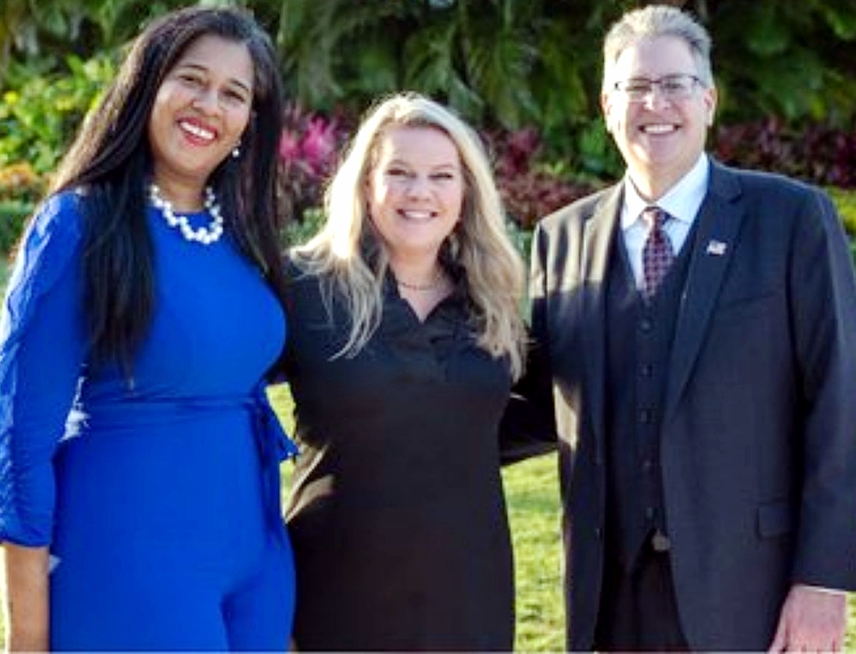 "She is a party leader. Party leaders do not get involved in convention contests or primaries," a GOP insider tells Deadline Detroit, explaining that they generally stay neutral to avoid claims of bias and party friction.

That's challenged by Rodericka Applewhaite, senior coimmunications adviser for the Michigan Democratic Party. "Maddock herself doesn't bother [to] make that distinction in statement," she tweets. "No caveat ... that this isn't to be seen as anything but lockstep with @MIGOP."

Party delegates will endorse candidates for both offices at an April 23 convention in Grand Rapids, when they'll also endorse university board nominees and two state Supreme Court candidates. (Although the general elections for justices and campus trustees are nonpartisan, political parties can nominate candidates.)

"Bottom line, we're for sure going to lose every one of these seats," said the GOP insider, who spoke on the condition of anonymity. "It's not going to be close.

"The Republicans are expected to have success in the midterms. Unfortunately, Michigan won't be one of them. Our party is completely divided."

Trump has endorsed candidates around the country who support his claim that the 2020 election was stolen. Some GOP canidates who have disagreed have been attacked by Trump.

A Bridge Michigan reporter tweets the reaction of a rival Republican running for secretary of state:

State Rep. Beau LaFave, who is also seeking the SOS nomination, dings Karamo: "I will not get bogged down by other candidates who are lead speakers at QAnon conferences in Las Vegas, or the people that endorse them." https://t.co/D9n4ZaiUGO

Republican prospects wanting to run against Secretary of State Jocelyn Benson also include Cindy Berry of Macomb County. who's quoted Tuesday by the Free Press (paywall) as saying Maddock assureed her months ago she didn't plan to endorse any candidates before the convention.

“She told me personally and I know she's told other candidates as well that she was staying out of this, that she wasn't going to endorse," said Berry, who is currently the clerk in Chesterfield Township. "That regardless of what we had heard, she was not supporting one candidate or another.

"And now she's got compromised character and integrity because now she's coming out and endorsing."