Gretchen Whitmer is called to account on an unkept pledge about information openness by the governor's office. The Detroit Free Press calls it "a major unfulfilled promise of her first term."

During her 2018 campaign, Whitmer said she would treat requests to her office for public records as if she was subject to FOIA [Freedom of Information Act], even though she is not. ... But she has not done that.

And a recent request to her office for expense account records demonstrates that Whitmer's response to a request for executive office documents has been no better — and possibly worse — than the response in 1999 for similar records from former Gov. John Engler.

Lansing correspondent Paul Egan notes pointedly in his subscribers-only article that "unlike Whitmer, [Engler] never touted himself as a champion of government transparency." 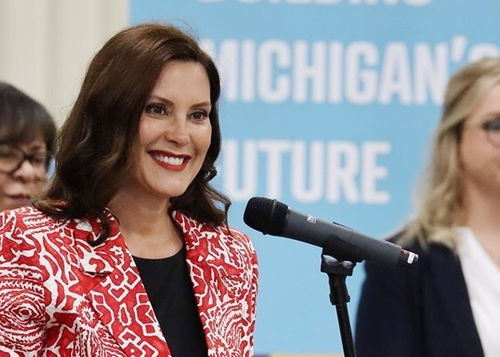 The paper last month asked for 2019-21 expense reimbursement claims from the governor and lieutenant governor, plus receipts or other spending proof.

Whitmer Press Secretary Bobby Leddy refused to provide nearly all of the requested records in a March 8 emailed response. ... According to the summary provided by Leddy, neither Whitmer nor Gilchrist used their full expense allowances in any of the three years for which records were sought.

The governor is quoted as saying she has done "an incredible amount" on transparency and has made her financial records more available than any Michigan governor by posting financial disclosure forms, tax returns and travel records.

"We'll continue working in this space," Whitmer said. "I think we've made some great progress, though."