Detroit's Charles Pugh in ‘tell-all’ interview: 'I didn't need to be rehabilitated from anything' 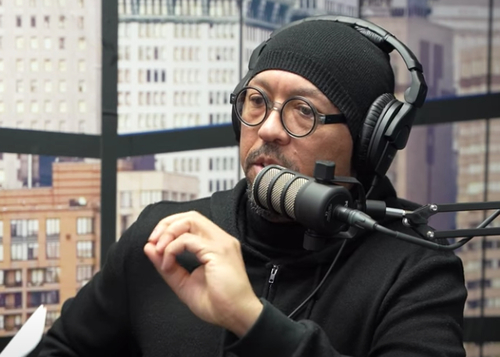 Former Detroit City Council President Charles Pugh says he considered suicide nearly a decade ago when he was first accused of soliciting a sex tape from a teen protege who needed help paying for prom.

The 50-year-old confirmed Thursday in an online radio interview that he sat in a room with a semiautomatic handgun with "dreadful visions" in his head in 2013 when the case came to light. The interview with his longtime friend and radio host Reggie Reg Davis aired during the inaugural episode of the Grown Folks Radio Network, which Pugh has joined.

"I certainly was going to end my life," said Pugh, whose mother was murdered when he was 3 and father killed himself when he was 7. "But something wouldn't let me do it ... there's nothing that's worth your life."

Pugh was released for prison late last year after serving a 5-1/2 year sentence for having sex with 14-year-old Austin Williams when he was 32. Pugh claimed Thursday that Williams was 15 at the time. (Deadline Detroit is naming the victim because he has come forward publicly.)

The protege, meanwhile, was 18 when his dealings with Pugh turned sexual.

Though Pugh repeatedly said during the interview that there was no justification for what he'd done, he also at numerous points sought to distance himself from what he sees as sex offenders "who have real problems."

"In my judgment it was consensual because Austin was sexually active," he said, adding he had sex with the boy twice. But, "It was ina-freaking-ppropriate because adults should not be having sex with teenagers that age."

Pugh said he wishes to reach out to the men to apologize, but understands the purpose of orders that prevent sex offenders from contacting victims because "there are people who have really violated and hurt people who would do it again." He also said he doesn't feel his story compares to that of singer R. Kelly, who leveraged his influence to prey on young teens. Pugh was an anchor and reporter at Fox 2 News before he was elected to council.

"Robert has some serious issues that he has never addressed," he said of R. Kelly.

By contrast, Pugh says he's a "a very self-aware person" who has focused on "self-improvement" since the 2003 incident for which he went to prison.

"I had already realized what I was doing was dumb and inapproriate and I fixed it on my own and moved forward with my life," he said. "Thirteen years of realizing that what you did was wrong and not doing it again is proof," he said, that he won't reoffend.

Asked if he'd done any rehabilitation, Pugh said, "I didn't need to be rehabilitated from anything, it was just a dumbass decision I needed to correct."

Attorney Bill Seikaly, who successfully sued Pugh in federal court for $250,000 in the sexual grooming lawsuit in 2015 involving the high school student who needed money for the prom, said he's bothered by the ex-councilman's latest remarks.

"The documents I've seen and interviews I conducted (for the lawsuit) lead me to the inevitable conclusion the (teenagers) were only two of many victims. He has far more in common with R. Kelly then he cares to admit."

Pugh says he's in therapy as a condition of his parole.

You can watch the full interview below.